It’s almost time for South Africa’s chefs to shed their white aprons and don their ball gowns and dinner jackets (and occasional kilts) for the red carpet. On Sunday 19 November at GrandWest in Cape Town, Eat Out will announce the winners of the 2017 Eat Out Mercedes-Benz Restaurant Awards. 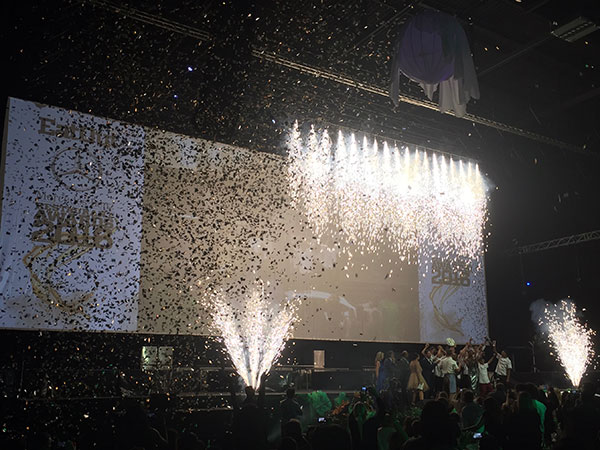 A snapshot from the 2016 event. Photo by Anelde Greeff.

This year, for the very first time, we’ll announce 30 nominees prior to the event, and count down from 20 to 11 before revealing the Top 10. In the past, Eat Out has announced 20 nominees, and awarded the Top 10 only. 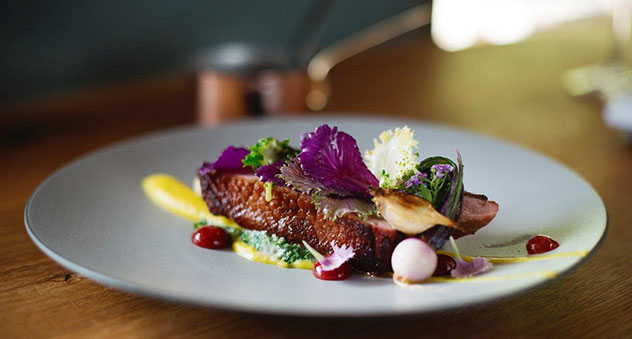 A dish from Foxcroft, who took home the Eat Out Retail Capital Best New Restaurant Award in 2016. Photo by Claire Gunn.

The changes come after an extensive research process conducted by an independent firm with stakeholders in the industry. Dining is changing internationally and locally, and we want to acknowledge a greater number of game-changing restaurants. We’re also looking at new rating options for 2018, so we can honour those who are deserving in a new way that’s more in line with international trends.

“We’re so excited that we’re recognising even more restaurants this year,” says Aileen Lamb, MD of New Media, which owns Eat Out. “The industry is changing so fast, and Eat Out is evolving with it, always finding new ways to celebrate excellence in food. By aligning more with the latest international trends, we can help grow South Africa’s brilliant culinary talent even further. And we’re delighted that we have partners like Mercedes-Benz with us on this journey.” 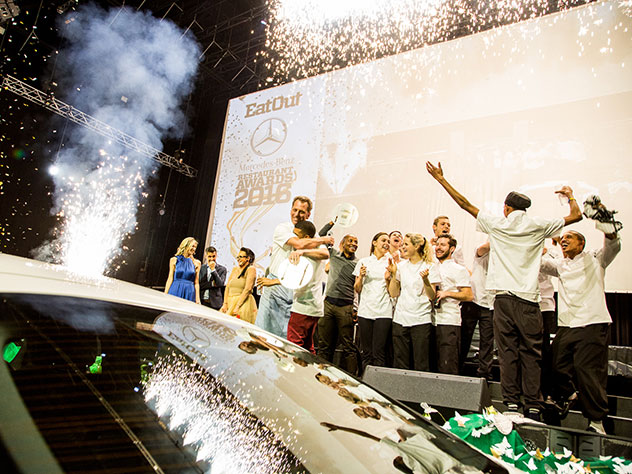 Confetti canons fire as Restaurant of the Year is announced at the 2016 event. Photo by Shavan Rahim.

The format of the event will change into a three-part celebration. Guests will be welcomed at a reception with MCC before being seated theatre-style for the announcement of the winners. Thereafter they will move into a new space for an immersive food-and-drinks experience, where they will be treated to a flow of mind-blowing bites prepared by some of the country’s top chefs.

Judges to remain anonymous and serve for longer

The winning restaurants are chosen by a core panel of five judges, headed by Eat Out editor Abigail Donnelly. Apart from Abigail, the panel will remain anonymous even after the judging has concluded. This will enable the judges to remain on the panel for the coming year(s) to ensure greater consistency. As always, their scorecards will be audited before the big announcement.

Tickets are on sale now via Nutickets.

If you have any questions, please email awards@eatout.co.za or speak to Eat Out account manager Bianca Prins on 021 417 1297.