Sweetie Pies to be relaunched by Beyers 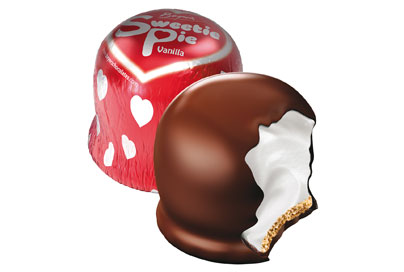 An independent chocolate manufacturer, Beyers Chocolates, has announced that it will bring back the Sweetie Pie at the end of this month. The exclusively South African treat was discontinued a year ago by Cadbury’s, who cited a change in consumer tastes and the product’s unsustainability as the reason for the halt in production – although this did little to comfort bereaved consumers.

While Woolworths does stock their own version of the treat – dubbed the Cutie Pie – purists will be pleased to know that the real deal will once again be available.

But will the new Beyers version measure up? In a press release on the relaunch, Beyers claims that the new version will be the original Sweetie Pie, not an imitation. “There’s no fooling a true Sweetie Pie connoisseur’s taste buds,” they acknowledge, although it’s not clear whether they have, in fact, obtained the official recipe. Either way, the product will sport new packaging in the form of a red foil wrapper.

Sweetie Pie connoisseur and Eat Out staffer Katharine Jacobs has this to say: “It came as a major blow to learn that Sweetie Pies were to be discontinued last year. I hope that the tears and heartache are now a distant memory, and look forward to eating them once more.”

Sweetie Pies will go on sale from the end of July for R6.95 each, and will also be available in a box of 24. Stockists include Makro, Pick n Pay, Spar, Checkers, Food Lover’s Market, OK Foods and 7-Eleven. The company is also giving away a year’s supply of the delicacies on their Facebook page.

The team at Eat Out is yet to get its hands on the sweet treats, but will update you with findings at the first possible opportunity.