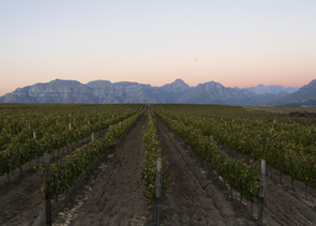 The Toffie Food Festival, Spier and Eat Out have joined forces to present The Secret Festival, a two-day event held at Spier Wine Farm from 27 to 28 October 2012. Offering insight into food, wine and arts trends through presentations, workshops, tastings and food art installations, this festival is the kind of secret that should be shared.

At the festival the Chenin Blanc Association will host an expo showcasing the diverse styles of this varietal, with wine experts exploring its secrets. The event will also include Secret Home Dinners, in association with Woolworths TASTE magazine. Attendees will receive an invitation to one of 25 dinners held in private homes around Stellenbosch. Eat Out content director Anelde Greeff and Eat Out editor and judge Abigail Donnelly will be cooking up a storm as part of this special feature.

The weekend also includes a mini cookbook fair, a food and wine market on Saturday (open to the public) and a Sunday braai-off in association with Eat Out. A key focus of the presentations and workshops will be the incorporation of natural, organic and biodynamic principles in the production of food and wine.

• Bompas & Parr: Britain’s Jellymongers. This eccentric pair of designers works on an architectural scale with cutting-edge technology, exploring how the taste of food is altered by synaesthesia, performance and setting.
• Isabelle Legeron: the only French woman with a Master of Wine degree. She was named Wine Woman of the Year 2009 in Paris, and Time Out lists a wine tasting with her as one of their top ‘1000 things to do in London’. She is the co-founder of The Natural Wine Fair that is held in Borough Market, and has a TV series on the Travel Channel about her quest to make a difference to wine around the world.
• OFF MENU: a Spanish collective of graphic designers, food artists, wine makers and bio food dealers.
• Arabeschi di Latte: a group of female Italian food event designers who create eating events, temporary bars, performances, food concepts and workshops all over the world.

“The Toffie Food Festival is going to the farm,” says Peet Pienaar, creative director at The President. “We are excited about this year’s festival as there will be more opportunity for outdoor and hands-on activities, plus the added wine focus through our partnership with Spier offers a new dimension."

"We are delighted to team up with the Toffie Food Festival team, and proud to showcase Chenin Blanc particularly,” says Spier Cellar Master Frans Smit. “Chenin Blanc is one South Africa’s best-kept secrets, and we believe that it will become our country’s flagship varietal in the years to come.” Besides the famed Loire Valley in France, and a handful of wineries in Australia, South Africa is the only country producing Chenin Blanc.

What: The Secret Festival
When: Weekend of 27 and 28 October 2012
Where: Spier wine farm
Cost: Tickets are limited and cost R1500 at Computicket for the 2-day event. The ticket includes all meals for the duration of the conference, two breakfasts, Saturday lunch at Bertus Basson’s Die Worsrol food truck, an invitation to the TASTE Secret dinner on Saturday night, concluding with Sunday’s Eat Out Top Chefs’ lunch braai by amongst others, chefs Luke Dale-Roberts (Test Kitchen), Lorianne Heyns (Spier), Annemarie Steenkamp (Burrata) and Simone Rossouw (Babel). The Saturday market will be open to the public at R70 per ticket for the day and includes a wine tasting glass and five tasting vouchers. Children under 12 enter for free.
Bookings: Through Computicket. Accommodation at the Spier Hotel is available at a special rate of R900 per room per night for ticket holders and can be booked at www.spier.co.za or by calling 021 809 1100. Info: Follow the developments on www.spiersecretfestival.co.za or Twitter @SpierSecret and @ToffieEvents.