What will Day Zero mean for Cape Town restaurants?

While Day Zero has been reportedly moved to the beginning of July (keep up the good work, Cape Town!), it is still very likely that it’s going to happen. The expectation is that once Day Zero hits, water will be switched off for all non-essential services, and residents will have to collect 25 litre containers from 200 distribution points across the city. But what does that mean for the restaurant industry? Will restaurants be able to remain open?

What will Day Zero mean for restaurants?

“What are businesses going to do that rely on water, for example all the restaurants, if they are forced to close? The economic impact will be enormous,” asks a Day Zero FAQ document published by the city on 7 February. The answer, it seems, is a bit of a work in progress. The city is currently engaging with as many businesses as possible – including restaurant groups – to make plans for alternative water sources. 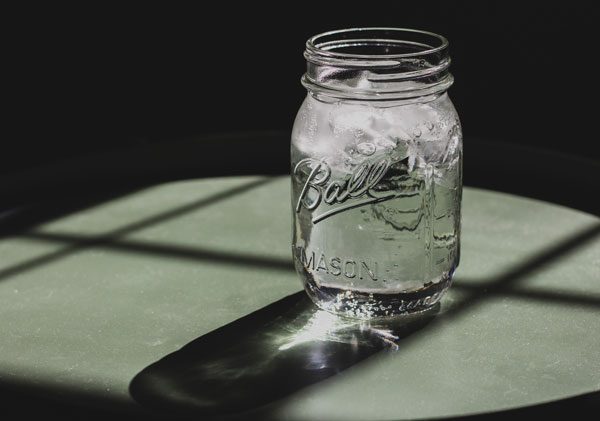 The good old days of ordering a glass filled with tapwater. Photo by Ethan Sykes on Unsplash.

Speaking to News24, JP Smith reinforced the idea that everything will be done to try and keep businesses like restaurants open for as long as possible. “If businesses had to close – and many businesses are reliant upon water in one way or another – and ended up not being able to pay salaries, the vulnerability of those who are already struggling would dramatically deepen,” said JP Smith. “Some of those job losses may become permanent. That’s why it’s important to leave all industrial and business areas connected for as long as possible.” But it’s not clear yet where exactly the borders will fall, and for how long the business districts will retain water. 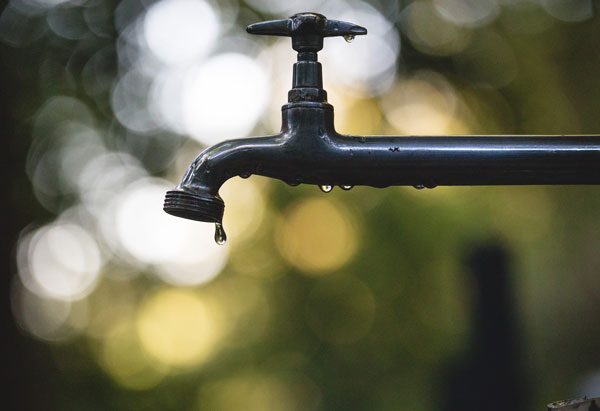 On Day Zero, whenever it may fall, Cape Town’s taps will be turned off. Photo by Luis Tosta on Unsplash.

Representatives from Ocean Basket say they are working with their franchise partners and landlords to ensure they exhaust all water-saving initiatives and implement any possible solutions to ensure they are able to continue trading. “Our restaurants provide multiple households with their only source of income and we need to ensure that we protect all the partners and staff across the group,” said Ocean Basket’s Jean Sloane. “However, in saying this, it will be extremely difficult to continue operations, should the water be switched off. We pride ourselves on ensuring we follow strict hygiene practices and require water to fillet our products.” Not having running water would put tremendous pressure on this process. 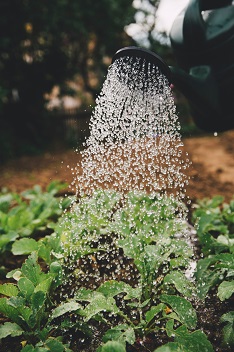 Crops and restaurants are suffering. Photo by Markus Spiske on Unsplash.

Unfortunately, most of the small business owners we spoke to said that they had not yet heard much from the city. But many owners are looking at Day Zero as a new challenge, not as a death warrant.

Nic Haarhof of El Burro says that the restaurants will do everything they can to remain open, be it adjusting menus to be smaller, buying in water to cook with, or using disposable serving ware. His restaurants are also in the process of installing a natural reticulation system, which will process and treat grey water so that it’s usable for cleaning and toilets. 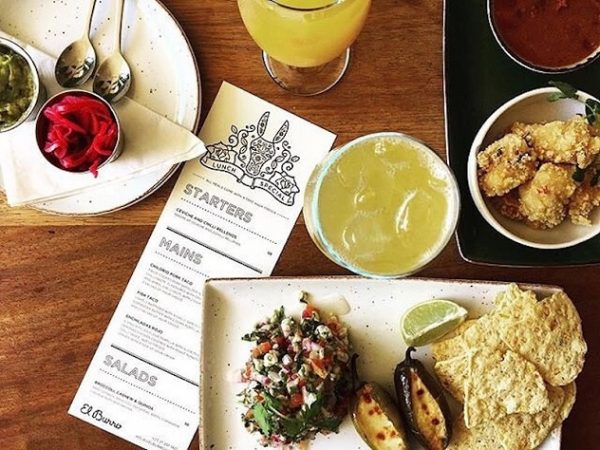 Giles Edwards of La Tête also hopes that the restaurant will be self-sustainable by that time, and has halved the price of still bottled water to encourage diners to choose it over tap water. The biggest potential crisis lies in the loss of jobs if restaurants are forced to close. The Shortmarket Club employs 40 people. The El Burro group employs 150. 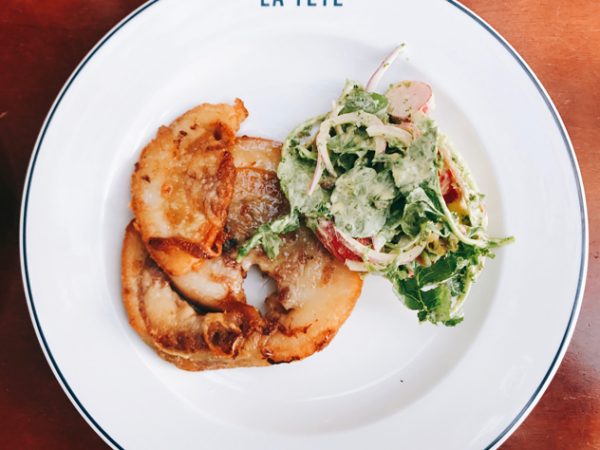 Cheyne Morrisby (of Cheyne’s, Shio and Lucky Bao) also sees restaurants as providing an important service. Every day, says the restaurateur, people are going to bear the brunt of the water crisis in their own homes, and when they choose to eat out, they’re doing so for a little respite. If restaurants can help improve the overall mood of Cape Town, they might help make life in a drought slightly more bearable.

Day Zero has already arrived for the agricultural industry, which has had to cease using municipal water. The current estimated cost of the shutdown is a tragic 300 000 jobs lost in the agricultural sector. It also means higher prices and poorer quality ingredients. The Table at de Meye’s Jess Shepherd says she is no longer able to water her bounteous veggie garden, which provides for a significant part of her business. Instead, she has to look for alternative suppliers to supplement her ingredients which, naturally, comes at a cost. 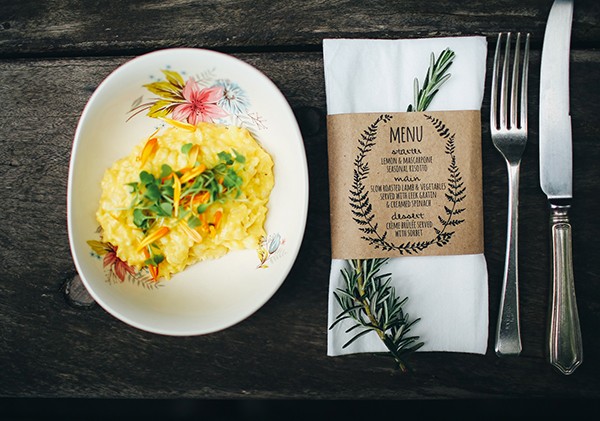 An omelette at The Table at De Meye. Photo supplied.

Even bigger businesses are feeling the pinch of having to make do with new water-friendly options. Ocean Basket’s biggest use of water is for the filleting of fish. They’re able to buy pre-filleted fish, but it comes at a higher price. How and whether restaurants manage to package these higher costs to diners will be critical to their survival.

In the meantime, it goes without saying that restaurant owners and chefs, like all residents, are doing all they can to reduce their water usage to push out Day Zero. 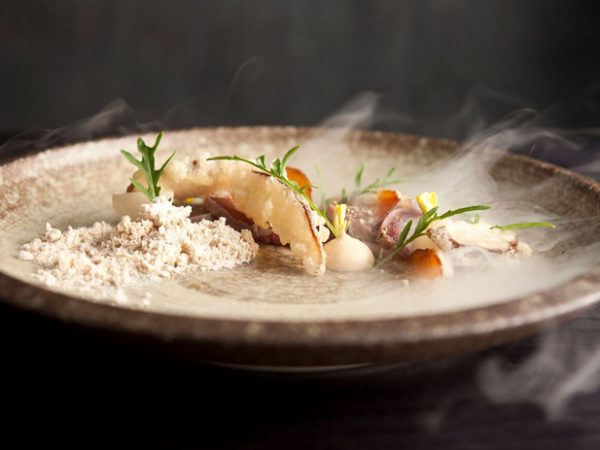 A dish at Greenhouse at Cellars-Hohenort. Photo supplied.

Many chefs are also altering their menus to cook with less water overall, and many are choosing to use dry cooking methods instead. Ashley Moss from The Greenhouse says they’re making the most of the charcoal grill in the kitchen, while many others are forgoing blanching and boiling completely. The Test Kitchen and The Pot Luck Club are two big names that are also working on a reduced water concept. 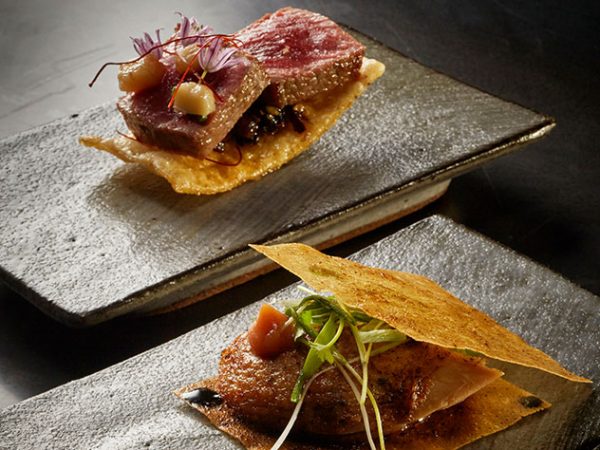 Many restaurants, like The Shortmarket Club and The Greenhouse, are reusing their blanching water for cleaning floors, or as grey water for other washing up in the kitchen. Melted ice in wine buckets being saved for cleaning up has become the norm for nearly every restaurant in Cape Town. La Tête and Cheyne’s have both installed highly efficient dishwashers that have dramatically reduced their water use. Cheyne Morrisby told us that this machine uses only two litres of water per load, which is half of what hand-washing dishes would use. The Test Kitchen has implemented a similar water-savvy system by eliminating their large -scale dishwasher and laundry. 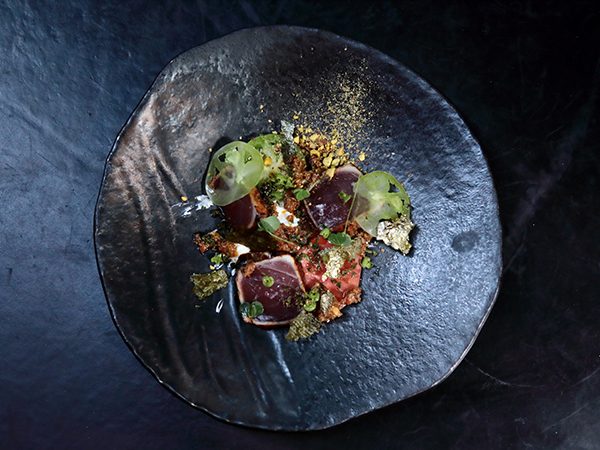 A dish at The Shortmarket Club. Photo by Andy Lund.

It’s reassuring to know that, in times of crisis, everyone is doing more  and that many of your favourite restaurants will do their utmost to remain open.

Update: Day zero has been pushed back to 1 June, however the drought has been declared a national disaster by the government.