Worth the hype? Where to get your hands on pink chocolate

Ruby pink chocolate – the biggest innovation in chocolate since last century – has officially hit South African shores. Chocolatiers My Sugar in Cape Town and Chocoloza in Johannesburg have created their own confections using this naturally pale pink chocolate, which both teams call ‘Ruby’ as if referring to a feisty friend. (One of the treats even features rose-pink gin! Be still our hearts.)

It is with an immense amount of pride that we introduce you to our Ruby Range, the first in Cape Town. Ruby- the 4th chocolate is incredibly unique and special and truly something you have to try. Naturally pink and fruity, it’s a taste like no other! #feelthespark #ruby #rubychocolate #rubyrb1 #rb1 #mysugar #capetown @callebautchocolate

The ruby range at Chocoloza, which launched on Friday 7 September, includes raspberry and vanilla cream truffles; lemon ganache pralines enrobed in ruby; and ruby truffles filled with raspberry buttercream. “They are selling faster than we can make them,” says owner Vicki Bain. Right now, though, you can still get ruby bars and pink hot chocolate. The drink isn’t overly sweet: “We focus on the flavour and quality. We don’t use any artificial flavours, preservatives or palm oil, and we use as little sugar as possible so that the flavours are not masked,” explains Vicki. The Chocoloza team is doing another big production run tomorrow (Thursday 13 September), the result of which will be available before the weekend in both the 44 Stanley and Dainfern Square Chocoloza locations. 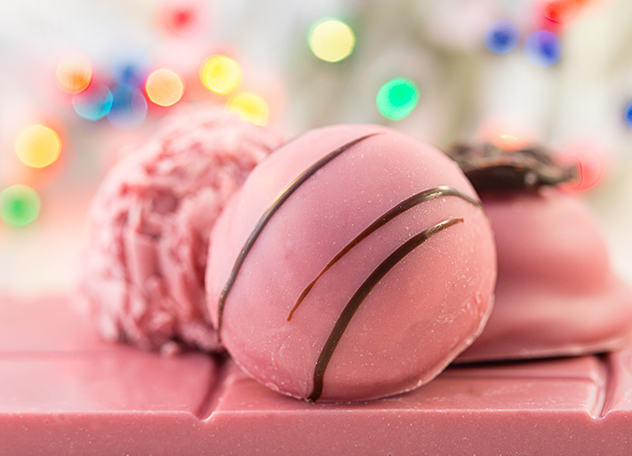 The pinkest chocolate we ever did see, from Chocoloza. Photo by Clare Appleyard.

Even better news: Stocks are not in short supply in the Mother City at My Sugar, where the ruby range launched over the weekend.  “We still have plenty of ruby, and if all goes according to plan we will have enough to last us through the Christmas season, as it makes the perfect gift,” says owner Kayla Greenberg. “The response has been absolutely overwhelming so far. Everyone who has tried it has been so excited and has loved it!” 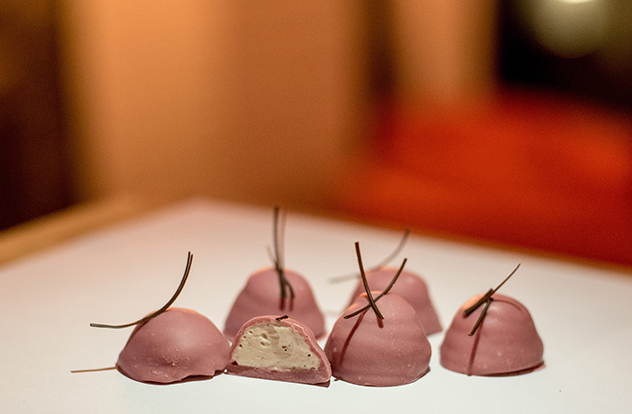 Looking forward, Chocoloza in Jozi will be playing with new flavour combinations for ruby such as strawberry, balsamic reduction and mascarpone. “We also plan to do some chocolate sculptures and showpieces in ruby in the coming week,” says Vicki.

But what does it taste like? We’ve sampled it at Eat Out HQ, and the words tart, fruity and tangy come to mind. But the only way for sure is to taste it yourself. Let us know what you think in the comments below. Do you think it’s worth the hype?