Breakfast: Monday to Sunday 7am to 11am 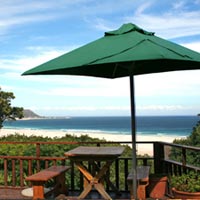 Thorfynn’s Restaurant opens its doors at 7am, providing wholesome and healthy breakfasts, a fine selection of coffee and tea blends, and fantastic sea view in a natural setting. Ultra fast WiFi is available, as is the news broadcast on DStv.

After a hearty farmhouse breakfast (served all day) on the restaurant deck overlooking the sea, guests can wander straight down through the milkwood forest onto the spectacular 8km stretch of soft unspoiled sand of Noordhoek beach.

Tree decks at the restaurant offer natural beauty sheltered from the wind; a great spot for sunset cocktails, often accompanied by live music. There's a wood fire in the restaurant, which is decorated with cottage-style antiques and gleaming brass. 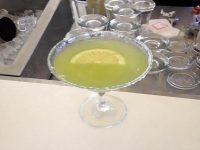 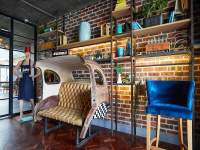 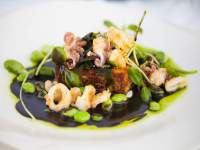 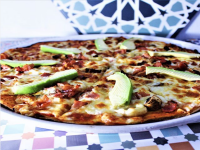 The Toad in the Village