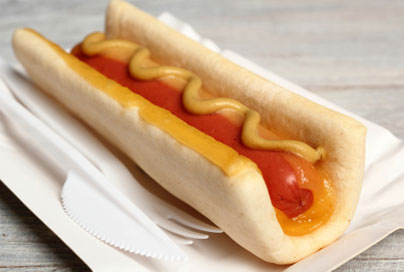 “It always amazes me: chefs spend every day cooking, tasting, plating food, stressing about every little aspect of the guest experience, yet they don’t take five minutes to actually eat themselves,” says Liam Tomlin of Chef’s Warehouse. He can hardly talk, though, dining as he does on five slices of toast and strong coffee after service. “I can’t sleep without it.”

Here at Eat Out, we also devote a lot of time finding the best. We scour the land in search of great coffee roasts and incredible farmed produce and have earnest discussions about the texture of cheesecake. But we’re by no means snobs, and have been known to indulge in some decidedly unpretentious treats. (Like the time our editor, Abigail Donnelly, bumped into top chef Franck Dangereux at Spur. She was unrepentant. Spur ribs are Spur ribs after all.)

Thus, in honour of our less proud moments (and our drunken food choices), we bring you 10 confessions of guilty pleasures from the Eat Out team and some brave local chefs. 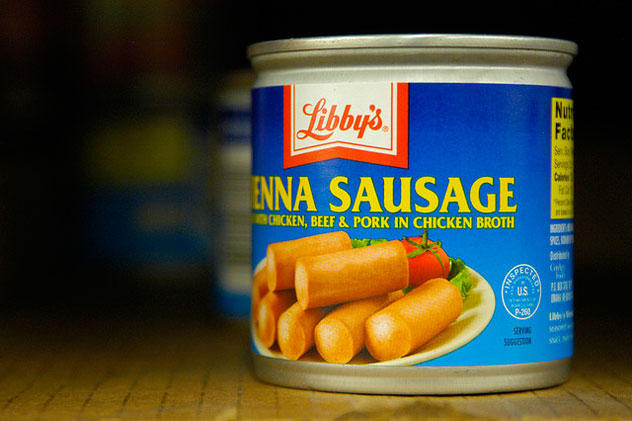 “The nasty pink ones,” clarifies chef Tanja Kruger of Makaron, lest there be any confusion. “My grandfather used to call them ‘gwapse’ because of the sound they make when you bite into them.” If you’ve been anywhere on the internet in the past year, you’ve probably stumbled across at least one video of the alarming puce-coloured goop that goes into these (no link supplied here, for your own protection), or perhaps this awful image of Vienna-spaghetti octopi, but then our food preferences are not always based on logic. “I think I like them so much because of the memories of going to the butcher as a big shopping day once a month,” says Tanja. “We would buy loads of these Viennas and sit around the table and eat then as a simple supper the same evening – just like that, no mustard or bread or tomato sauce.”

According to Melrose’s gloriously yellow website, Melrose is made from A-grade cheddar and gouda, and is actually lower in fat than these items. It somehow seems unlikely that it could actually be good for us, but I do not care. Melrose is excellent cold out of the fridge, spread onto a soft white roll. Maybe it’s that ‘Mum remembered Melrose’ jingle that brainwashed me at a young age.

On the subject of artificial cheese, let us examine the Niknak. It’s difficult to do so, because, thanks to something incredibly addictive in their makeup, you generally find yourself ‘examining’ more than one. Are you worried about your Niknak consumption? Don’t be. Richard Carstens of Tokara eats them (even the dust at the bottom of the bag), and some of our colleagues have been known to enjoy the lumo orange crunch for breakfast. (David Higgs of Five Hundred tells us this is acceptable if served with milk, cereal-style. He is joking. We hope.) Niknaks are, however, getting kind of big on Twitter. We predict they’ll be absorbed by the new wave of normcore hipsters within the month. 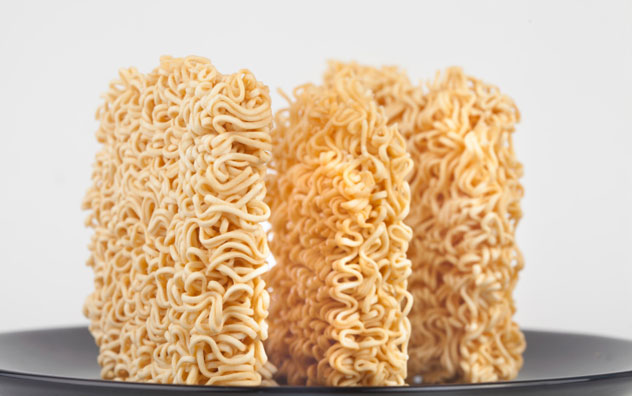 Food styling tip: arrange your noodle cakes in a Stonehenge-like configuration to take things up a notch. Alternatively, just refer to them as ramen.

Amongst the chefs polled for this story, these noodles came up with alarmingly regularity. “It was my staple diet when I worked in Cape Town,” admits James Diack of Coobs. “I used to eat them three times a day; 2-Minute noodles with tuna, spring onions and coriander.” (That actually sounds kind of good, James.)

That sort of margariney chocolate, the inevitably soggy wafer, and a thin layer of caramel: the Chomp is not the most majestic of the chocolate treats. Nevertheless, it can count Rudi Liebenberg of Planet at the Mount Nelson amongst its followers. We have to admit we love the yellow-wrappered bars with their chubby hippo characters, too.

It’s the culinary equivalent to admitting you love One Direction’s musical oeuvre, but there is something unavoidably enticing about alcohol that tastes like our two favourites vices, coffee and chocolate. We are the nation, after all, that invented Dom Pedros, that magical combination of ice cream and alcohol. Clearly, we have no shame. 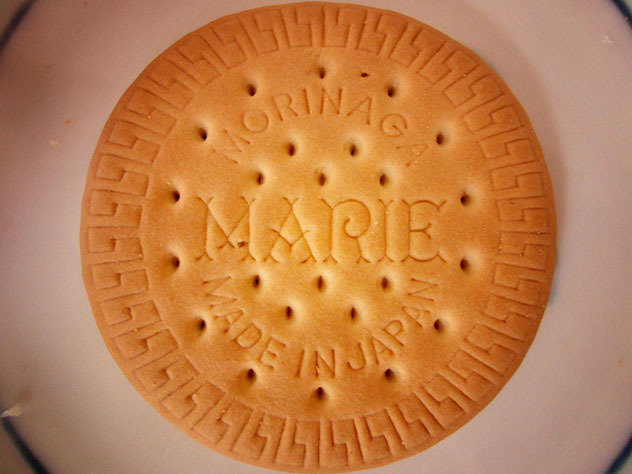 Childhood in a biscuit. Photo by Dick Thomas Johnson.

They’re possibly the most cardboard-adjacent of all of the biscuits, but they’re amazing in fridge cake. (Yes, the kind with icing sugar, cocoa powder and butter, beloved of school fêtes and often found in glass jars on the counter at corner shops). Vanessa Marx of Dear Me is an advocate of the Marie Biscuit served with butter, which creates a lovely salty-sweet contrast. “It’s something I ate as a kid – and I still love it”.

There’s something very late 90s about the sour worm. Edgy, hip and sort of risqué in the lunchbox back then, they’ve entered a particularly dangerous time in their arc: too last-decade to be cool, and slightly too recent a memory for a renaissance. They smack of Eagle Eye Cherry, Lou Bega and Jennifer Paige, and it’s kind of embarrassing to be caught enjoying them now. They’re frequently seen circulating in our offices all the same.

9. All of the things from McDonalds 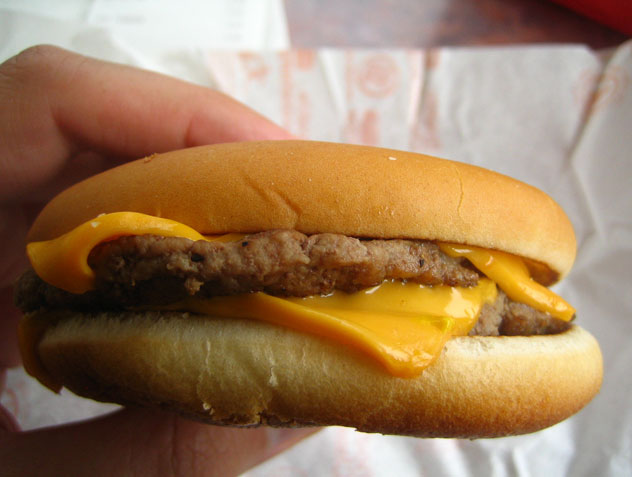 Of all the fast food joints, is there any more shameful to admit to frequenting than this one? We’ve read the literature, and most certainly are not loving it, but let us take a moment to consider the McDonald’s cheeseburger, with its glorious plastic cheese, tangy gherkin and sweet ketchup. Our editor-in-chief, Anelde Greeff, confesses to occasionally indulging in them in her weaker moments. McDonalds milkshakes, meanwhile, can count Thomas Barker of Thomas Maxwell Bistro among their fans. (His other guilty pleasure sounds amazing – parma ham on one of his olive oil breads with loads of butter – but we don’t think that counts.)

I’m referring here to the almost see-through variety, consisting mostly of vinegar with little dots of colourant swimming in it and 100% lack of actual tomato. It’s often a luminous pink or orange shade that stains the fingers. “We used to beg our mom to buy what we called ‘plastic’ tomato sauce,” ‘fesses up our copy editor, Linda Scarborough. “It came in a two-litre container with a handle. Our name for it was probably closer to the truth than we knew.”

What are your guilty pleasure foods? Tell us in the comments.