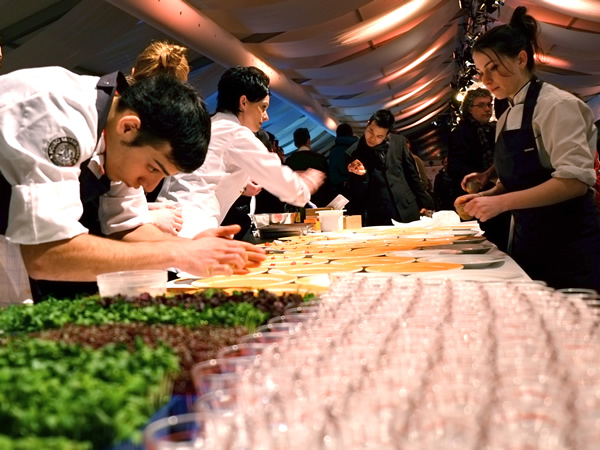 Chantel Dartnall of Restaurant Mosaic took home the Eat Out S. Pellegrino Chef of the Year Award at our restaurant awards last year. As part of her prize, the Pretoria-based chef attended – and cooked at – the Audi Chef’s Cup in Südtirol in Italy at the end of January. Here’s how it went:

“It was really phenomenal; so super!” says Chantel of the event, where chefs from all over Italy – and the world – met to cook, connect and ski. Each of the chefs cooked on a different night at their own stall. Chantel prepared a rooibos and tomato risotto, a fairly complex dish under these conditions. Having submitted the recipe in advance, Chantel had no idea she’d be preparing the dish for 250 people.

“I arrived with 12 crates of ingredients and most of the chefs had three or four.”

“When we were planning I asked how many portions do we need to prepare – 30? 40? I think the guys all just thought it was a big joke – this woman preparing her heart out to do a complicated dish for 250 people.”

So how did it go? 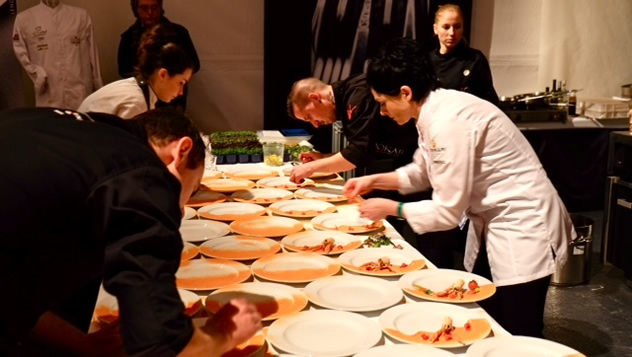 2014 Chef of the Year Chantel Dartnall cooks at the Chef’s Cup in Italy.

“I pulled it off – everyone really loved it and we had such great feedback. At the end we had a huge crowd around us, watching the plating and looking at everything that was going on. My helpers didn’t speak a word of English, but we got through it with sign language.”

Chantel also had a chance to meet some industry giants from Italy and around the world, including a double Michelin-starred Milanese chef who cooks with no salt.

“Giancarlo only uses mineral water – I was fascinated . That was really one of the highlights.

“Everyone was so willing to share and find out about SA – and there were so many who had already been to visit. Then, of course, they remembered the South African chefs who had been before – Jackie (Cameron, formerly of Hartford House), Margot (Janse, of The Tasting Room), David (Higgs of Five Hundred).”