In mid-August, The Test Kitchen closed for a whirlwind refurbishment (and took 40 bookings in two minutes when it reopened in October!) Here’s why Luke Dale-Roberts’s flagship restaurant deserves its nomination for the Boschendal Style Award.

The Test Kitchen may be the current Eat Out Restaurant of the Year and number 22 in the world according to The World’s 50 Best Restaurants, but chef-patron Luke Dale-Roberts is not one to rest on his laurels. 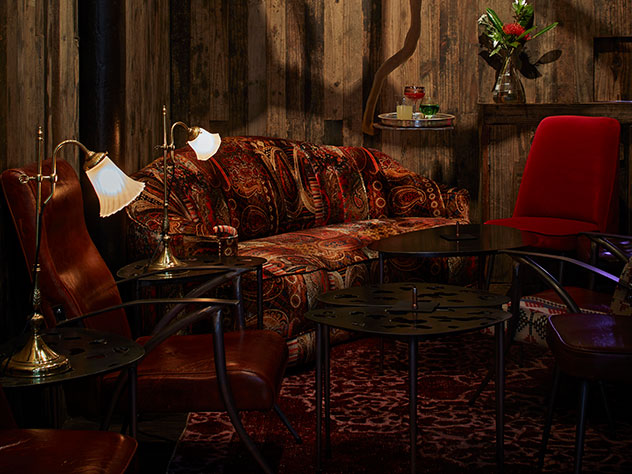 “When I opened The Test Kitchen it was a 24-seater, it didn’t do lunches, it was a creative project, and it has become a bit of a monster,” explains Luke. The departure of former head chef, Ivor Jones, also acted as something of a catalyst. “We could either have decided to pare back or push it again for the next few years.” Ever the trailblazer, Luke went with the latter.

Luke worked with interior designer (and Dirty Skirts band member) Maurice Paliaga to realise his dream. He’s known the designer since first opening The Test Kitchen, when Maurice also used to have a space at The Biscuit Mill. “It’s been the most pleasurable experience, working with him,” says Luke. “He understands my vision and Sandalene’s vision. He has no ego, but he’s got a lot of class and creativity.” 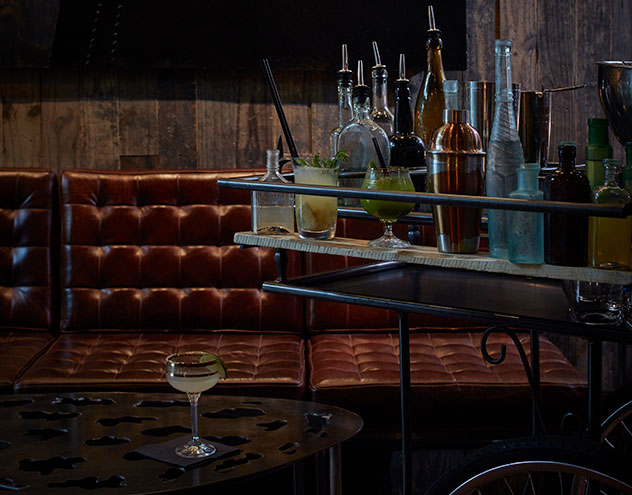 Drinks are served in the dark room. Photo supplied.

The space they created is split in two by a full height, charred wood wall, reducing the seating from 65 to 40. On one side is a dark, moody lounge, which receives arriving guests; on the other, a light, elegant, 40-seater dining space.

The Dark Room is a theatrical space where diners will receive the first seven courses of the tasting menu, served as finger foods, to suit the comfortable armchairs and couches. The wooden walls contrast with the richness of the fabrics and elegant table lamps. One burnt wood wall is dominated by three figures, cut into the wall with an angle grinder by artist Hannelie Coetzee, while a hovering metal kinetic sculpture by Egon Tania and Peter Forbes adds a touch of drama to the room. 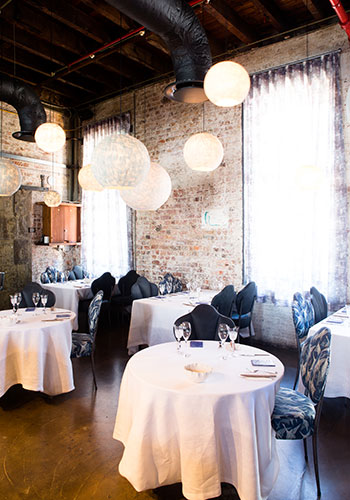 Once the snacks are over, guests proceed through a door into a much more refined space, the Light Room, for the remainder of the 21-course menu.

While the original exposed brickwork and industrial ducts remain, this space is far lighter and fresher. The original tables have been upholstered and set with white linen. Dove grey and pale blue upholstery and light fittings add softness. It’s a little like stumbling into a wedding in an abandoned warehouse, or finding a pop-up fine dining restaurant in a factory space.

A new glass-sided wine cellar has been built on a mezzanine level above the main dining area to keep the wine at an optimal temperature. 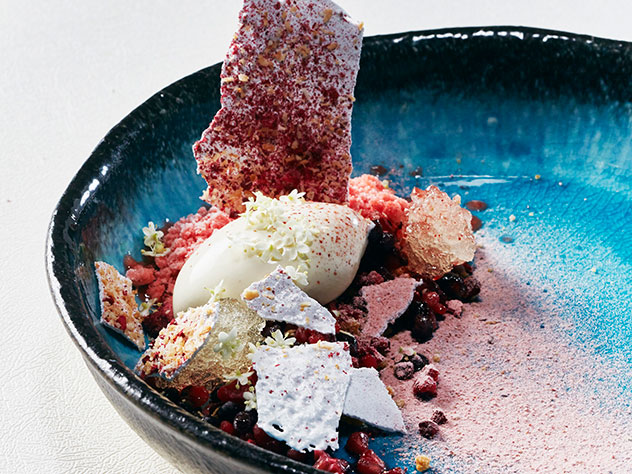 The new menu is served in two halves. Snacks in the dark room are followed by 14 courses in the light room. Photo supplied.

The new tasting menu consists of 21 courses and includes cocktails, a glass of MCC, coffee and an after-dinner brandy for R1 600. Dishes might include sweet pine bread with pine-smoked pancetta, pine nut milk and ox-heart stuffing, or a light chamomile ice cream with cardamom, brown butter sponge and toasted sunflower seeds.

Does The Test Kitchen have what it takes to win the 2016 Boschendal Style Award? We’ll find out at the 2016 Eat Out Mercedes-Benz Restaurant Awards on 20 November.