Our next contender for the 2016 Boschendal Style Award is Luke Dale-Roberts’s sophisticated fine-dining restaurant at The Saxon in Johannesburg. Here’s why it deserves its nomination as the most stylish restaurant in SA.

The look: Sophisticated and chic
The location: The Saxon Hotel, Johannesburg
The creatives: Interior and furniture design by Sandalene Dale-Roberts; artwork by Shaune Rogatschnig; ceramics by John Bauer 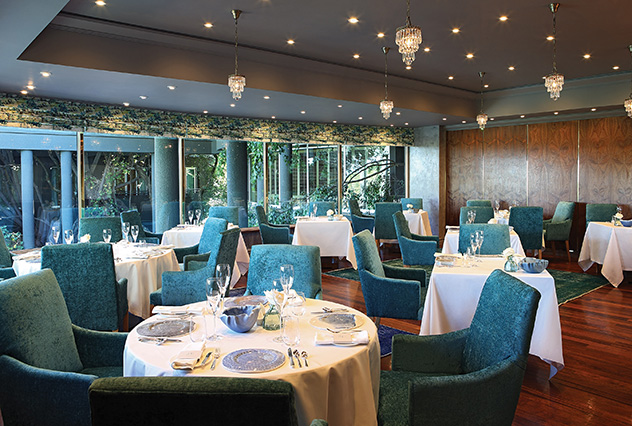 Trees outside add a leafy softness to the room. Photo supplied.

There’s a sense of theatre as you enter Luke Dale Roberts’s Johannesburg restaurant. A looped black-and-white film projection, featuring scenes from The Test Kitchen, greets patrons at the entrance before gleaming glass doors open to reveal a space full of the kind of opulence that only Johannesburg could pull off.

In charge of the revamped look at Luke Dale-Roberts at The Saxon is Sandalene Dale-Roberts, who also masterminded the decor at The Test Kitchen, The Pot Luck Club and The Shortmarket Club. For this restaurant, her aim was to project a feeling of richness while still remaining firmly rooted in the Joburg setting. “I tried to create an Orient-Express feel of opulence,” explains Sandalene. 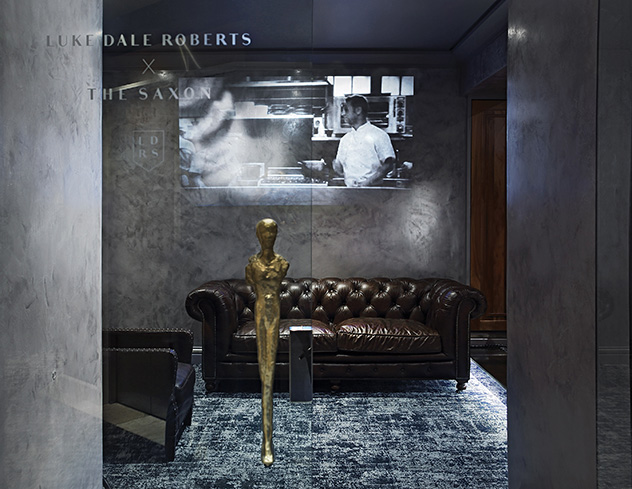 Smooth, warm wood-panelled walls frame the dining area while blue jewel tones in the furniture add a sense of luxury. Touches of brass in the light fittings and counter tops add colour to the black-and-white open-plan kitchen.

A pandomo finish on feature walls adds a textured visual element and the purplish grey tone brings a sophisticated feeling to the space. “The dining area is also now light and bright, ensuring the dining experience is not too rigid,” Sandalene adds. 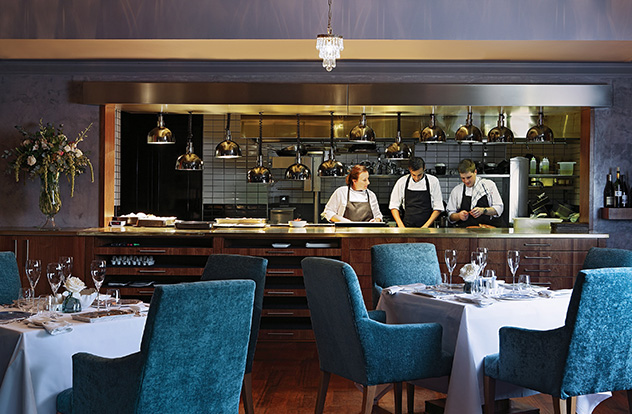 To contrast the cool tones and opulent finishes, Sandalene commissioned South African artist Shaune Rogatschnig to do 22 botanical drawings in oil and pen on paper. These botanical-themed works reflect not only the stunning garden for which The Saxon is known, but a whimsical and authentically South African feeling.

Expect intricate art on a plate. The cuisine at The Saxon is more formal than that at The Test Kitchen, but there’s an equally impressive menu with strong Asian influences. The elaborate eight-course menu includes a signature dish of lamb scottati, cooked over ginger in a concrete dome and plated with Luke’s XO dressing, smoked bone marrow and a radish salad. 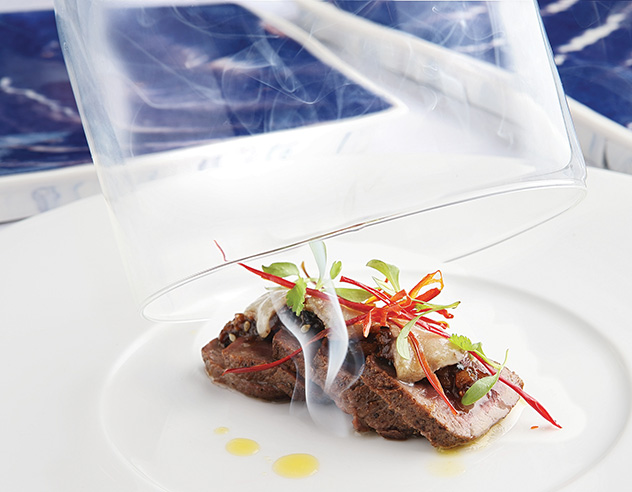 Does Luke Dale-Roberts at The Saxon have what it takes to win the 2016 Boschendal Style Award? Find out at the Eat Out Mercedes-Benz Restaurant Awards on 20 November 2016. Buy tickets now.