It’s that time of year again when we announce the 20 nominees for the Boschendal Style Award, an accolade presented annually to the most stylish restaurant in South Africa. Nominees will be featured every week until the Eat Out Mercedes-Benz Restaurant Awards ceremony in November, when the ultimate winner will be announced.

The first contender is not your average brewery restaurant. The edgy new eatery, headed up by chef Angelo Scirocco, is located at Johannesburg’s 1Fox Precinct in Ferreirasdorp and is housed inside the industrial-chic Mad Giant Brewery. Here’s why Urbanologi deserves its nomination for the 2016 Boschendal Style Award.

The look: Playful industrial-chic
The location: A large, warehouse-style space in Ferreirasdorp
The creatives: Interior and furniture design by Haldane Martin Iconic Design; artwork and graffiti by Nomad; crockery by Mervyn Gers and uniform design by Daniella Kisten 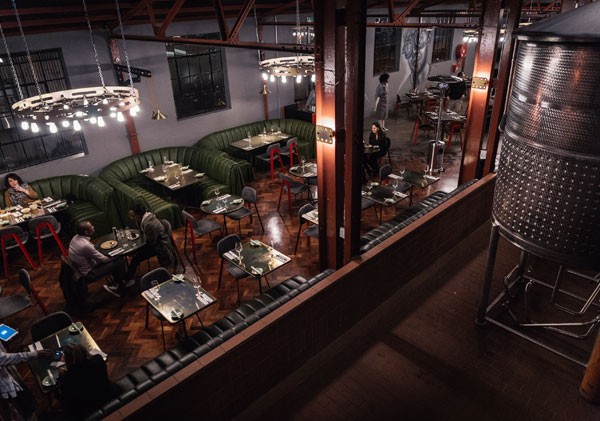 In keeping with the creative cuisine and to create a space that celebrates imaginative thinking, the Urbanologi team has collaborated with local artists, including interior designer Haldane Martin, graffiti artist Justin Nomad and ceramicist Mervyn Gers.

Haldane’s concept for the interior draws on the crazy modern mindset of Mad Giant and plays with scale to portray the giant behind the brand’s name. This includes the brand mascot, a giant yeti centrepiece, which forms an integral part of the interior. The seven-metre-tall icon is made from laser-cut yellow zinc-passivated steel, riveted to a mild steel framework. It is spot lit from the ceiling, making it radiate from every angle of the space. At its base is the bar display with a large circular bar counter and branded Mad Giant beer taps in the foreground. 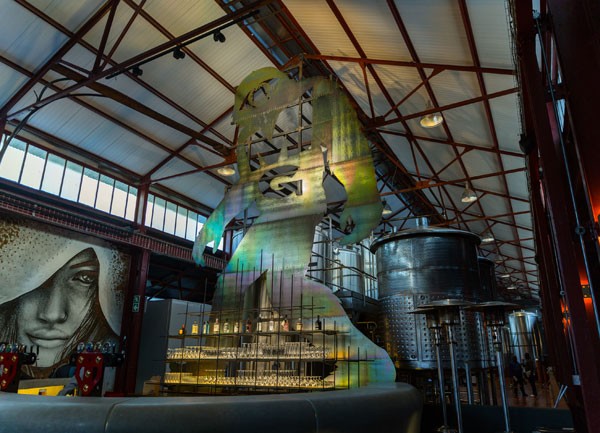 The giant yeti situated above the bar. Photo supplied.

All the furniture in the brewery and restaurant is bespoke and includes a range of custom-made original pieces by Haldane Martin evoking scaled-up Meccano toys. Giant grey-scale graffiti murals by Nomad add a playful, childlike aesthetic to the space.

Signature hues of wood, green, charcoal and red dominate the dining area, where long beer-hall tables with sandblasted, black-stained table tops, swivel bar stools and distressed leather seating encourage conversation. The floor is made from recycled Rhodesian teak parquet laid in a herringbone formation and is lit up by bespoke lighting, including large black feature pendant lights with gold interiors. 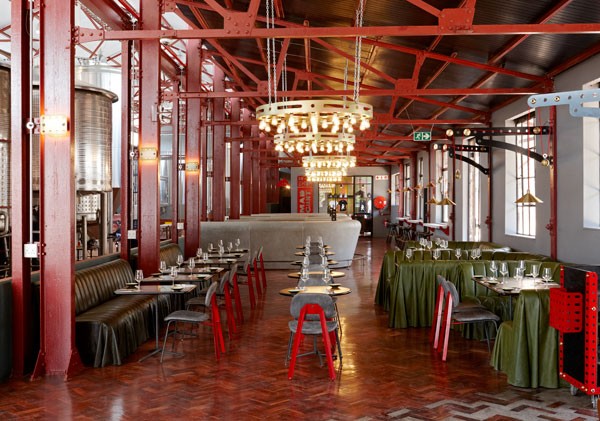 Being true to Japanese culture, the team has also included a lot of natural elements. This includes the kitchen and front-of-house uniforms, which are made with 100% pure hemp, as well as the menus that are printed on 100% recyclable paper. “We have even gone so far as to have a full-blown brewery and kitchen powered by natural gas,” explains Angelo. 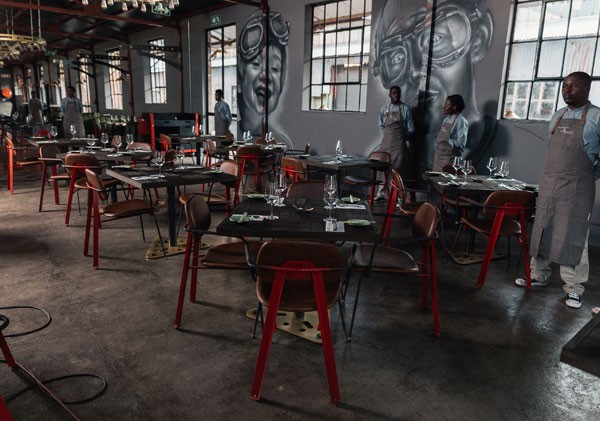 The staff dressed in designs by Daniella Kisten. Photo supplied.

The inspiration of the cuisine at Urbanologi stems from using fresh Asian and local ingredients to create urban street food with an avant-garde twist to mirror the space’s style and decor. Signature dishes include blackcurrant sorbet with blanc mange, plum and liquorice; nasu dengaku (marinated aubergine) with miso and bone marrow; and coal-cooked sweet potato with buffalo milk and pork crackling.

Does Urbanologi have what it takes to win the 2016 Boschendal Style Award? We’ll find out at the Eat Out Mercedes-Benz Restaurant Awards in November. Stay tuned to see our other nominees. 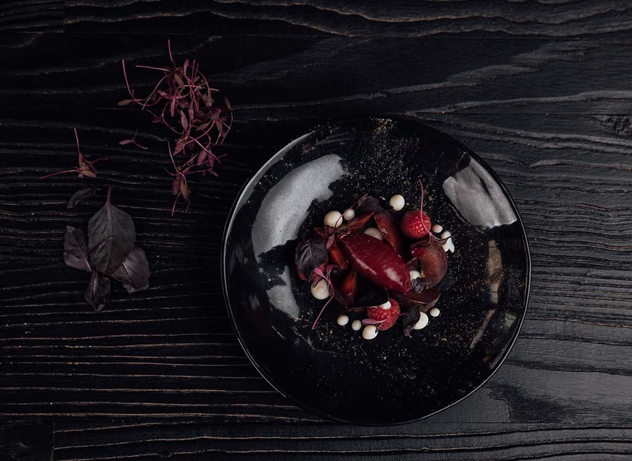 The blackcurrant sorbet with blanc mange, plum and liquorice at Urbanologi. Photo supplied.