The 2016 Eat Out Nederburg Rising Star 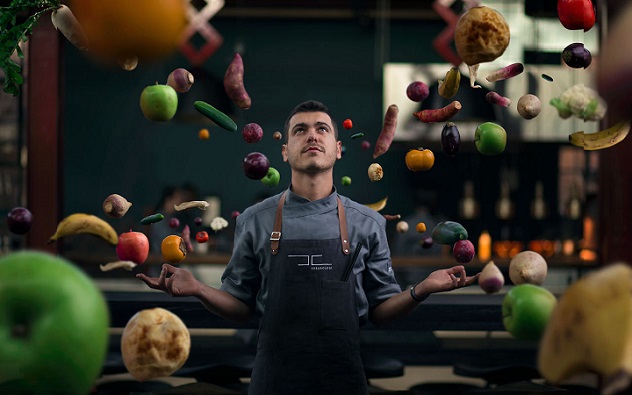 The flavour-packed food of Angelo Scirocco, the 2016 Eat Out Nederburg Rising Star, is transforming the food scene in Johannesburg.

Visitors to Urbanologi, this young chef’s new Ferreirasdorp restaurant, have compared it to Amsterdam’s industrial De Hallen or Copenhagen’s meatpacking district in Vesterbro – but when it comes to food, the 2016 Eat Out Nederburg Rising Star is turning out flavour all of his own.

The latest of five generations of chefs in his family, Angelo Scirocco cut his teeth at Chefs Warehouse in Cape Town under Liam Tomlin. In 2015, at the tender age of 24, he represented Africa and the Middle East at the global S.Pellegrino Young Chef competition. On his return, he set out to open a restaurant in Joburg, partnering with the team from Mad Giant to open an eatery inside the edgy brewery. 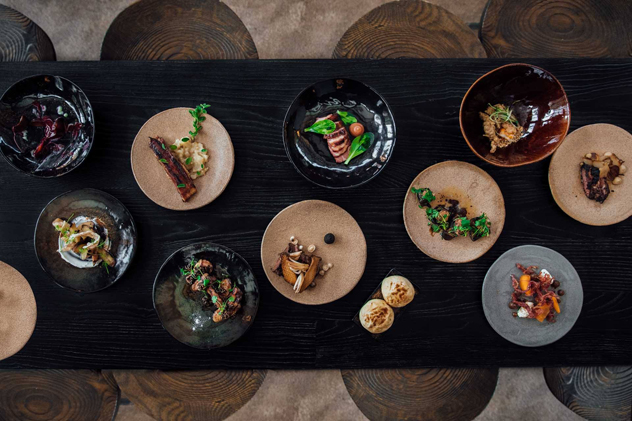 The spread at Urbanologi. Photo supplied.

Drawing inspiration from the craft beer brewed in the same space, Japanese street-food dishes and French finesse, Angelo is turning out unforgettable, playful dishes. The menu is divided by cooking method: cured, frozen, steamed, raw and kushiyaki – instead of the usual starters, mains and desserts.

Pork belly might be salt-cured, cooked sous-vide and then battered with black pepper and fried. Beef is aged for 11 weeks, before being cooked over charcoal with wasabi, lemon and soba. Steamed dishes might feature brioche buns made with sourdough, raw milk and butter, injected with truffle custard and dusted with potato-skin salt. All are prepared with an understanding of flavour, and are designed to surprise and delight diners.

Chief judge Abigail Donnelly praises the chef’s commitment to what’s important: “Angelo cooks brilliant, unpretentious food. He presents a menu with no table theatre, but which really delivers on flavour.”

“I’ve come to know Angelo pretty well over the last couple of years and there are very few chefs of his age that think the way he does about food,” says judge David Higgs. “He is always pushing the limits, always thinking differently and looking for new interesting products. I love the way he cooks, and thinks, about his food.”

Angelo, upon being asked about his future plans, simply replied,”To beat the ***ing Test Kitchen!“

For more on this award, visit our dedicated page.