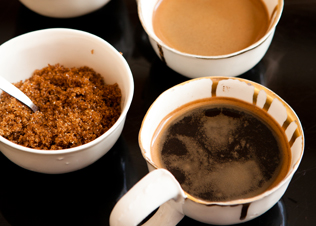 Many great business ideas, brilliant baby shower plans and bestsellers have been hatched in coffee shops – so much so that some people refer to them as ‘coffices’. Thanks to free wifi and inspired menus, you can spend the whole day in a coffee shop without lagging behind on your work schedule. Offering everything from artisan roasts to well-known brands, these coffee shops across the country will give you the perfect pick-me-up.

Bean There
Brew: they buy their coffees directly from farmers in Tanzania, Rwanda, Kenya, Burundi and Ethiopia and hand roast the beans to order.
Wifi: tick.
Snack on: brownies, magic bars, cheesecake or cup cakes.

Café Billi Bi
Brew: Mokador from Italy.
Wifi: nope.
Snack on: something from the specials board, or the salmon fish cakes.

Salvationcafe
Brew: Still Coffee – Africa Black.
Wifi: tick.
Snack on: New York-style cheesecake or any of their excellent breakfast options. They’re the winner of the City Press ViP Sunday Breakfast Award (as part of the most recent Eat Out Awards), after all.

Pure Café
Brew: Tribeca Coffee
Wifi: nope
Snack on: the baked cheesecake or the quiche for something more savoury.

Beaver Creek Coffee Estate
Brew: they grow, harvest and roast their own.
Wifi: nope.
Snack on: a piece of cake.

The Corner Cafe
Brew: coffee is custom-made by the Columbia Beverage Company. The coffee has an African origin and is low in carbon to suit their green café theme.
Wifi: nope.
Snack on: cheesecake or chocolate cake.

Bean There
Brew: they buy their coffees directly from farmers in Tanzania, Rwanda, Kenya, Burundi and Ethiopia and hand-roast the beans to order.
Wifi: tick.
Snack on: carrot cake, brownies, almond and apricot tartlets or giant oatmeal cookies.

Deluxe Coffeeworks
Brew: sourced from all over the world and roasted in-house.
Wifi: nope. And don’t expect snacks either. ‘Fancy food and interwebs’ are not their vibe.

Haas Coffee Collective
Brew: together with Strictly Coffee, they roast their own. Coming this week is the new Kopi Luwak coffee which they will be serving.
Wifi: tick.
Snack on: lemon tart with granadilla pulp.

Liquorice and Lime
Brew: Euro Café
Wifi: nope.
Snack on: one of the delicious croissants.

Origin Coffee Roasting
Brew: they import beans from all over the world and roast them on site.
Wifi: tick.
Snack on: a bagel with cream cheese and bacon or salmon.

Truth
Brew: their own.
Wifi: tick.
Snack on: one of the available cakes.

Is your favourite coffee spot not on our list? Let us know info@eatout.co.za. Also check out our list of excellent places to have brunch across South Africa.