8 of the fanciest cheese boards in SA

Whether you’re a fromage fanatic lusting after that stinky gorgonzola and sharp hit of parmesan, or crave the simple pleasure of a crumble of tangy chèvre on a fresh bread, we’ve rounded up eight of the dreamiest, cheese-board offerings across SA that are bound to satisfy.

Bree Street’s popular fromage shop offers platter that includes a daily selection of unusual cheeses, locally made pickles, some fruit, sourdough and crackers, with the option to add some locally cured meats. They also do a teaser plate of cheese scratchings, which includes the most delicious 100% cheese wafers. The selection ranges from La Petite France brie from KZN, de Pekelaar boerenkaas dotted with spicy bell pepper, and a nutty AOC comté from France.

Guests are spoiled for choice when it comes to cheese platters at this popular cheese shop. All of them come with fresh, artisanal bread, two of kinds of pickles, and home-made chilli jam. Pick between platters of French, Italian, Swiss, mild European, sharp and tangy, or exotic cheeses. The latter is a mix of the best local and imported cheeses, which could include Oud gouda, Grana Padano, and Healey’s strong cheddar.

For a post-meal treat or a wine accompaniment, opt for a trip to the cheese room. The offering of local cheeses often features Fairview Blue Rock, Cremalat gorgonzola, hard cheeses like Klein River gruyère and Dalewood Huguenot, and a selection of seasonal goat’s cheese. 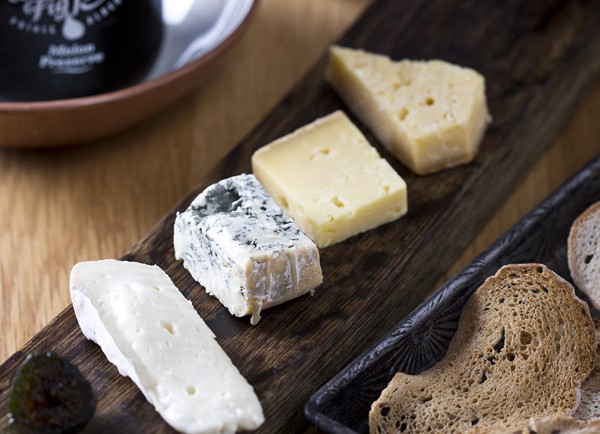 A cheese board and bread at Jordan Restaurant. Photo supplied.

Prepare to be treated at this glorious wine farm restaurant. After a wine tasting or a sumptuous farm-to-plate lunch at the restaurant, settle down to a board topped with home-cured, free-range, acorn-fed pork charcuterie, and a selection of interesting local cheeses. These might include the likes of Boland cheese, linseed Huguenot cheese, sesame-and-poppyseed gorgonzola and a refreshing peanut tahini on the side. 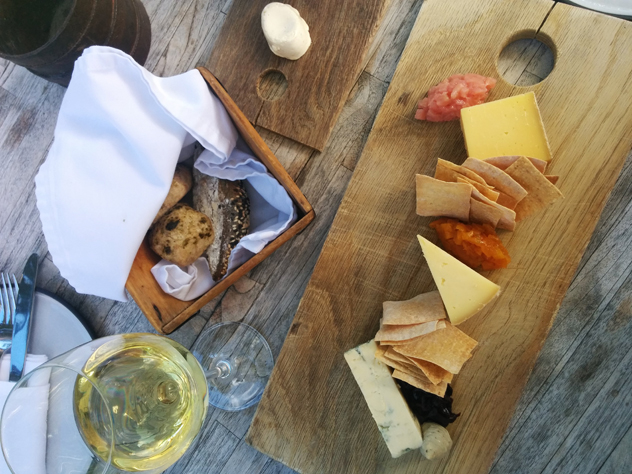 The cheese board at The Kitchen at Maison. Photo supplied.

The cheese board at La Madeleine is completely dreamy. A large wooden board is filled with freshly baked baguette and a generous amount of imported cheeses. There are three cheeses from Normandy: a soft, ripened camembert made from cow’s milk with a mild taste; a strong-flavoured livarot; and a strong Pont-l’Évêque. They also have brie from Île de France and a chaource from the Champagne area with flavours of mushroom and cream, and a Munster from Alsace. If that’s not enough, you might also be treated to Époisses and Bresse Bleu from Burgundy; fourme d’ambert from Auvergne in the centre of France; and reblochon. 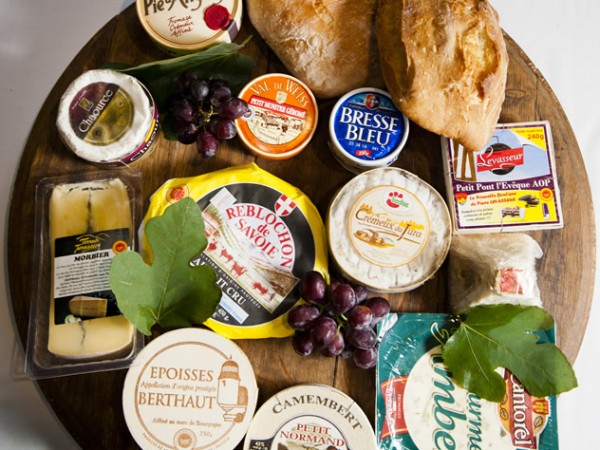 A cheese board at La Madeleine. Photo supplied.

Cheese boards are a main event at this buzzing market-style Italian eatery. Grab your breads, meats and cheeses at the deli counter or sit down and create your own board. The piatto misto (‘mixed dish’) section on the menu allows diners to mix up to six items of imported cured meats from the in-house butcher, as well as imported Italian cheeses like Grana Padano from Veneto; ripened, soft taleggio; drunken pecorino that’s been matured in cabernet grape must; and a textured asiago from Vicenza.

A range of charcuterie and cheese on offer at Old Town Italy. Photo supplied.

For final gastronomic flavours at this opulent restaurant, go for the luxurious cheese selection, which features Charles Arnaud 36-month matured French comté, or pick a selection of five local and European cheeses from the trolley, with options like Old Amsterdam, Belnori Kilimanjaro and many more.

Woolies knows a thing or two about cheese. In fact, they recently scooped 41 awards in the cheese and butter category at the SA Dairy Championships. Shop Woolies cheese and find out why they keeping coming out tops. (And while you’re at it, learn more about what makes an award-winning cheese.)