Cape Town’s Kloof Street may have been overtaken by Bree Street in cool factor, but recent high profile openings – not least of Janse & Co – suggest that the street’s culinary scene is still bubbling. The most recent addition? Bū Ya Ramen Fusion & Sake Bar. 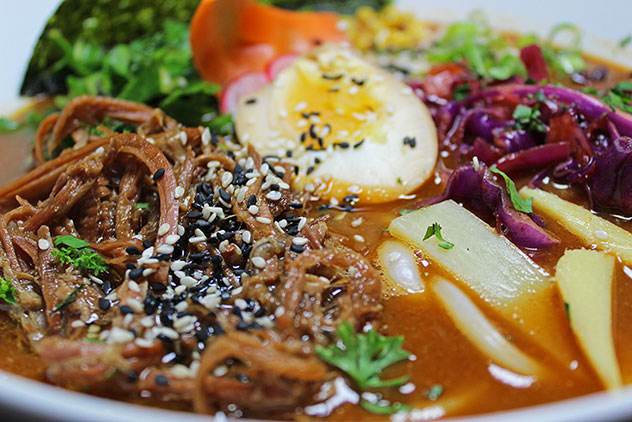 A ramen-inspired dish at Bu Ya. Photo supplied.

So what exactly is a ‘ramen fusion and sake bar’? We’ve yet to pay them a visit, but here’s the scoop from owner Alex Anlos:

“We actually call Bū Ya’s menu ‘Ramen Fusion’ because there are a few different flavors and ingredients we play with,” says Alex, who fell in love with Asian culture via traditional Martial arts. “I wanted to become more familiar with Japanese cuisine and went to Crete to work under Chef Danny Mira and Chef Tony Toan Dan at the Elounda Beach Relais Chateaux.” Here, Alex got his introduction to Japanese, Vietnamese and Polynesian cuisine at a time when Asian food was not well-known in Europe.

That is to say, Bū Ya is inspired by – rather than aiming at authentic recreation of – the food from a number of Asian countries, including Korea, Japan and Vietnam. “Although we do have ramen noodles available for fans, we prefer to use an Udon noodle with our dish but also offer the choice to swop out the noodles for Zucchini noodles for a carb-free option,” says Alex.

For him, the focus is also on the health-giving properties of a warming bowl of ramen. “I feel there is a huge shift in the way people eat these days, people are becoming more aware of what they are putting into their bodies. Besides ramen being a satisfying comfort food, the health benefits of bone broth and fresh vegetables are amazing.” 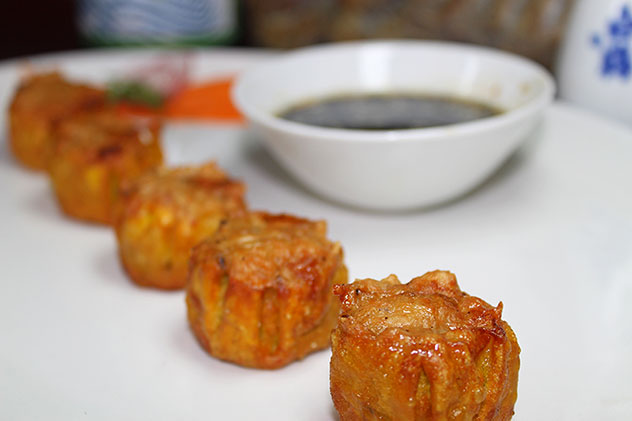 Another dish at Bu Ya. Photo supplied.

Ramen options include a light salt-based shio broth, a shoyu broth (made from soy and garlic) a spicy miso broth, a zesty lemon broth, and a coconut miso broth. “We jam our pots full of vegetables and marrow bones and boil our broth for over 14 hours,” says Alex.

The meat toppings are pretty traditional, and they include chashu (a Japanese-style braised, then grilled pork belly); pulled beef short rib; as well as soy, honey and sesame oil marinated chicken thigh grilled with five spices.

If you’re looking for something other than a hearty bowl of noodles, Bū Ya also serves smaller plates and bar snacks like crispy crab cakes served with black bean and garlic sauce, coconut tempura prawns and chicken shao mai among others. 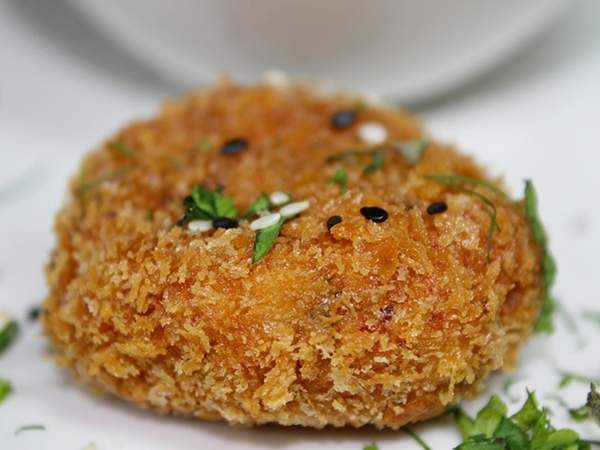 As the name suggests, there is also a strong focus on sake. Bū Ya proudly offers eight different imported sake, plus shochu, which include a standard Honjozo, used in the sake cocktails, a sweet sparkling sake and a flavoured Junmai sake (with notes of pineapple, white peach, Japanese pear and yuzu). These are served in signature cocktails, or, as Alex suggests, neat, at room temperature. 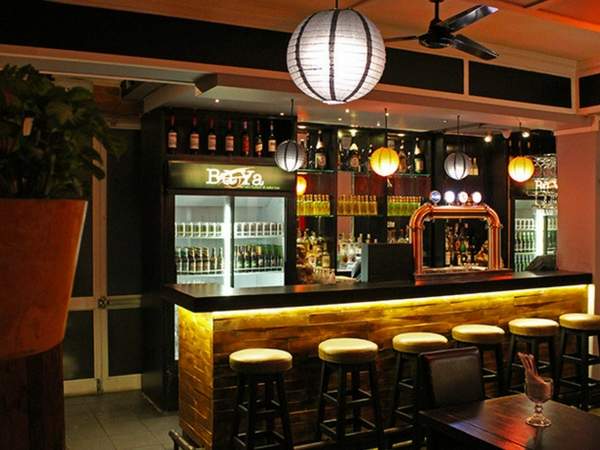 Bū Ya is tucked on the same block as Asoka, making it an ideal pre- or post-party dinner spot. They open at 11am daily and the kitchen closes at 11pm with the bar trade continuing until 2am.

Have you been to Bū Ya? Tell us what you thought with a quick review.