Around the world in 80 desserts 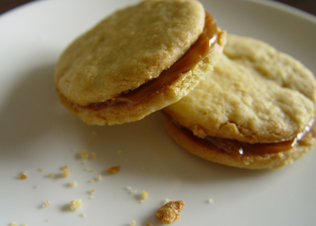 In recent years we’ve seen some exciting things happening in the realm of puddings. The artisan ice cream scene is pumping, or rather, churning; flowers and Asian ingredients like tapioca pearls and cardamom are making their way onto dessert menus in fine dining restaurants; and words like churros, dulce de leche and pastéis de nata are becoming part of our vocabulary.

All this prompted us to wonder: what else is out there? We headed off on a dizzying journey of discovery to find the most interesting, unusual and delicious desserts in the world.

1. Alaska
One of the few berries to survive in the harsh Alaskan conditions, the tiny orange cloudberry makes an excellent jam and finds its way into cloudberry cake.

2. Albania
Rice, mutton broth (yes, mutton broth), raisins, salt, cinnamon, sugar and cloves are some of the ingredients in Kabuni. The rice mix is fried in butter and served cold.

3. Algeria
Chlada fakya is a fruit salad with lemon and sugar, served with whipped cream.

4. Armenia
Khunami khop or ‘fool the in-laws’ consists of curls of dough drizzled in a sugary-lemon syrup, which puff up when fried to trick prospective parents-in-law into thinking the host is wealthy. We’re fairly sure the Kardashians don’t bother with this though…

5. Australia
Trust the Aussies to come up with something like this: I give you the hundreds and thousands sandwich.

6. Austria
Made from a kind of curd cheese called quark, the beautifully-named früchtequark is a light dessert flavoured with fruit.

7. Bahrain
Named for the family who’ve produced the dessert for the past century and a half, halwa showaiter is a kind of halva made with saffron and nuts.

9. Belgium
La dame blanche is essentially a chocolate fudge sundae, but it is somewhat oddly paired with a dessert beer like Cherish Raspberry.

11. Benin
Made with ground rice, peanuts and sugar, kanyah is pressed into a pan and cut into squares.

12. Bolivia
Gelatina de pata may look like milky jelly, but beware, in addition to evaporated milk, cinnamon and cloves the recipe calls for one cow’s foot. Bolivians swear by its health properties… We’re on the fence.

13. Bulgaria
Made with pumpkin rolled into phyllo pastry, tikvenik is a warming winter dessert, served with a dusting of castor sugar.

14. Canada
We kid you not: in Canada there really is a dessert known as beaver tails. These sweet, fried pieces of dough are a lot like doughnuts, but flatter and wider, like the rodent’s tail.

15. Chile
Calzonos rotos translates literally as torn underwear, and the story goes that a gust of wind blew under the skirt of a woman selling these fried, sugared twists of dough in the market square, exposing her holey knickers.

16. China
Tong sui, or sugar water, is a sweet soup served as a dessert in Cantonese-speaking parts of China. It’s made from a wide variety of ingredients, from relatively ordinary ingredients like apples and sesame seeds to the fallopian tubes of a frog, and the three-lined box turtle.

17. Comoros
Banana fritters – or gulagula ya trango as the locals would call them – are a favourite in this fruit-loving group of islands.

18. Costa Rica
Stop at a street stand to stock up on cajetas, which are sweets made with sugar and condensed or evaporated milk.

19. Croatia
Oblatne is a simple concoction of plain wafer biscuits, sandwiched together with rich chocolate filling.

20. Denmark
You might sound like you have a blocked nose when you try to pronounce it, but rød grød med fløde is a Danish strawberry porridge, thickened with cornstarch and served with cream.

23. Egypt
Basbousa is a semolina cake, baked and doused in sugar syrup.

24. England
Jam roly-poly, a soft Swiss roll-shaped cake, was reputedly called ‘dead man’s arm’, thanks to the tradition of steaming it and serving it inside an old shirt sleeve.

25. Estonia
Roosamannavaht seems an extremely long name for a light, whipped pudding of cranberry juice, lemon zest and sugar. Blood sausages apparently go very well with it, according to this recipe.

26. Fiji
The famously cannibalistic Fijians serve fruit lote at feasts. A mix of bananas, guavas, pineapple and papaya is boiled up with lemon juice and sugar, and then served chilled with coconut cream.

27. Finland
Named for the poet who reputedly ate them for breakfast every day, Runenberg’s torte is a dense almond and rum-flavoured cake topped with jam and icing.

28. France
Meaning ‘crunch in the mouth’, croquembouche are traditional choux pastries piled high in a cone and traditionally served at French weddings.

29. Georgia
Sausage-shaped candies called churchkela are made during autumn by repeatedly dipping walnuts threaded on strings into vats of boiled down grape must.

30. Germany
Donauwellen or Danube waves cakes are marbled sponge cakes topped with cream and chocolate, designed to look like the waves on the Danube.

31. Ghana
Imagine a mixture of peanut butter cookies and banana bread and you’ve got Accra banana peanut cake. Not a bad combo, if you ask us.

32. Greece
Spoon sweets are served to guests on a teaspoon in a china dish or bowl with coffee or tea. They are often fruit-based, like this recipe for strawberry spoon sweets.

34. Guyana
Influenced by the Indian dessert kheer, Guyanese vermicelli cake is made with vermicelli noodles, evaporated milk spices and raisins.

35. Honduras
Similar to pumpkin pie, yucca pie is made with yucca, or cassava, the staple starch of poorer regions of Honduras.

36. Hungary
Cylindrical pastries called kürtoskalács are baked on a spit over an open fire in Hungary. You can give them a whirl at the V&A Market on the Wharf, where Chimney Cakes are for sale at Munch a Chimney.

37. Iceland
Usually served at Christmas, wafer-thin laufabrauð, or ‘leaf bread’, is cut to look like snowflakes before being deep-fried.

38. India
The subcontinent’s answer to ice cream, kulfi is made with condensed milk and has a distinctive caramelised flavour. It’s often garnished with cardamom, saffron or pistachios.

39. Indonesia
Bitter black ‘grass jelly’ is made by boiling up stalks and leaves of a mint variant with potassium carbonate.

40. Iran
Ice in heaven is a traditional Persian custard laced with rose water and sprinkled with pistachios.

41. Ireland
Pretty pink rhubarb makes an excellent filling for crumbles and pies and Roscommon rhubarb pie marks the end of winter in Ireland.

43. Jamaica
Named after the country’s first prime minister and national hero, Bustamante backbone is a hard candy made with grated coconut and sugar.

45. Kazakhstan
Çäkçäk (or chekcheck) are balls or noodles of dough, deep-fried and served in a pile drenched with honey.

47. Latvia
Latvians reputedly eat 50kg of bread per year each, so it’s no surprise that the starch has found its way into the desserts. Rupjmaizes kartojums is constructed using layers of rye breadcrumbs, whipped cream and jam.

48. Lebanon
Shred your phyllo pastry into flakes and layer it with ricotta cheese before baking, then drizzle sweet sugar syrup over the top and voila! You have knafeh.

49. Macedonia
Tulumba are deep-fried pastries similar to churros, but drenched in a lemon sugar syrup.

50. Madagascar
Boiled in banana leaves for up to 48 hours, koba consists of ground peanuts and brown sugar inside a rice flour dough.

52. Malaysia
Lurid-coloured ais kacang is made with shaved ice and red beans, and can be flavoured with anything from grass jelly, condensed milk, ice cream, and chocolate syrup to basil seeds, sweetcorn and peanuts.

53. Mali
Sold on the streets of Timbuktu, maasa are flapjacks made with millet and brown rice flour, and dusted with sugar.

56. Nepal
Made using the same principal as ricotta, rasbari are sweetened fried milk balls, made from the curds.

57. Nigeria
Shuku shuku are coconut balls made with bread crumbs.

58. Norway
Cone-shaped krumkakes are embossed with beautiful patterns from special cooking irons, flavoured with cardamom, and filled with cream – a little like Italian cannoli.

59. Pakistan
Having trouble convincing the kids to eat carrots? Give gajraila a try. It’s made with grated carrot, boiled in milk, sugar and cardamom.

61. Paraguay
Originating in Spain, alfajores – sweet cookies filled or sandwiched together with dulce de leche – are popular throughout South America.

62. Peru
Suspiro de limeña translates as ‘the sigh of a woman from Lima’. The bottom layer is dulce de leche and the top made from soft meringue. Crazy delicious stuff.

63. Poland
Pierogis – dough dumplings – are boiled and then baked or fried and can be both savoury and sweet, like these sweet pierogis with sour cherries.

64. Portugal
Pastéis de nata are growing in popularity and are now found in local bakeries. A little like custard tarts, they have a sweet, slightly caramelised top.

65. Romania
Cozonac is a sweet walnut bread served at Christmas.

67. Scotland
Somewhat surprisingly it was the Scots, not the Yanks, who came up with the deep-fried Mars Bar. They’re somewhat proud of their national treat – but Mars, somewhat hilariously, does not support the sweet treat. “Deep-frying one of our products would go against our commitment to promoting healthy, active lifestyles,” a spokesman said last year. (Somewhat LOL-worthy, we think!)

68. Sicily
Too much leftover watermelon? Try the Palermo speciality of gelo di melone.

69. Slovakia
A popular cake in Eastern Europe, medovnik is a honey cake with ten layers.

70. South Africa
When we polled you lot last year on Facebook, you voted for malva pudding as SA’s national dessert. Here’s the gooiest recipe we know of. You’re welcome.

71. Spain
The people of Basque region of Spain are known to enjoy corn tortillas with chocolate. Why on earth not, we ask?

74. Turkey
The battle for baklava reared its head a few years ago after posters depicted the sweet pastry as the national dish of Cyprus. The Turks may claim origins, but baklava has certainly pleased the world.

75. Ukraine
Vareniki are Ukrainian dumplings, and can be filled with an array of fruits. We love the look of these cherry dumplings.

76. USA
There are many American desserts that offend us, but one can’t fault them for their resourcefulness. Vinegar pie is a traditional Southern dish, using sour cream, raisins, cinnamon and cider vinegar as a filling.

77. Uruguay
A little like donuts, Uruguayan fried cakes are made with unsweetened dough, sprinkled with sugar, and served with dulce de leche and a cup of steaming mate (tea).

78. Vietman
A mix of peanuts and sugar is wrapped inside a ball of rice, then boiled. The resulting glutinous balls are served hot in a sweet syrup.

79. Wales
The beautifully named flummery pudding started out as oatmeal, boiled until dense, but has come to mean a kind of fruit fool, boiled down with sugar and then thickened with cornstarch.

80. Yemen
Bint as-sahn translates roughly as ‘daughter of the dish’ and consists of thin layers of flaky pastry drizzled with honey and sesame seeds.