Breaking: Bacon and avo emojis coming to a phone near you

Listen up, foodies. The Unicode Consortium has announced that 72 new emojis will be released later this month. 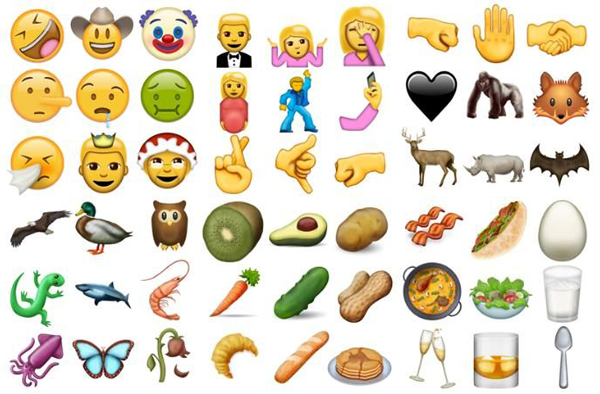 72 new emojis to be released this month. Photo via Emojipedia

On 21 June, your smart phone keyboard will look a lot more delicious with 18 new foodie emojis, including the glorious avocado and two strips of crispy bacon rashers. Other important food-themed symbols to be added to the list are a French baguette, a croissant, a pancake stack, clinking champagne glasses, whisky with two ice blocks, a pita bread and a slightly suggestive pickle.

While we’re thrilled that we can finally have WhatsApp conversations about bacon, avo and carbs, we’re still wondering when tea, white wine, flat whites, chocolate cake and gatsbys will make an appearance.