Burger of the week: The Straight Ace by Redemption Burgers

In the second instalment of our quest to find the perfect burger, Katharine Jacobs profiles her current favourite, made by Redemption Burgers in Woodstock.

The burger: The Straight Ace

A juicy, meaty patty is sandwiched between beautiful sesame seed buns baked by Woodstock Bakery in a wood-fired oven. Inside, you’ll also find sweet mustard mayo, cheddar by Fairview, homemade tomato relish, crispy shredded lettuce and gherkins. The masterstroke comes from the crunch and sweetness of glorious lager-battered onion rings, which are dusted with a little spice the team calls The Bomb. 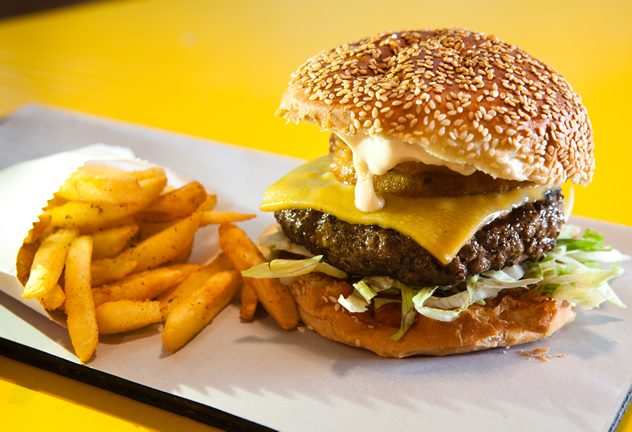 The Straight Ace at Redemption Burgers in Woodstock. Photo courtesy of Jan Ras.

This is the ultimate burger for a burger empiricist: there’s nothing here that doesn’t need to be, and each of the elements is perfectly cooked and seasoned. It is astonishingly good.

The people behind it

“Numbers smasher” Marcelle van Heerden originally came up with the idea of opening up Redemption. Manager Emile van Heerden also dabbles in flavour ideas for burgers and works on the craft beer pairings. Together they’re known as the VanBros and are the sole owners of Redemption. 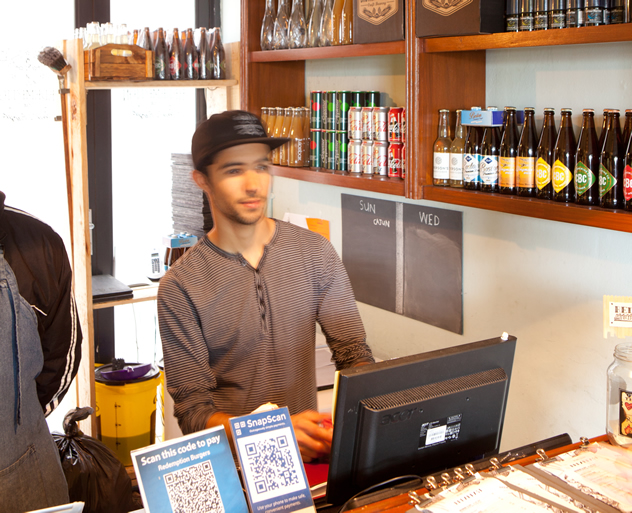 The till at Redemption Burgers in Woodstock. Photo courtesy of Jan Ras.

“We believe in not overcomplicating the burger,” says Emile. “The meat should be the main event.” Redemption sources free-range beef mince locally from an ethical supplier and every patty is made by hand with a secret mix of ingredients.

The team pairs this creation with a Striped Horse pilsner, a complex beer with a well-balanced bitterness – and the best pilsner in town, according to Emile. 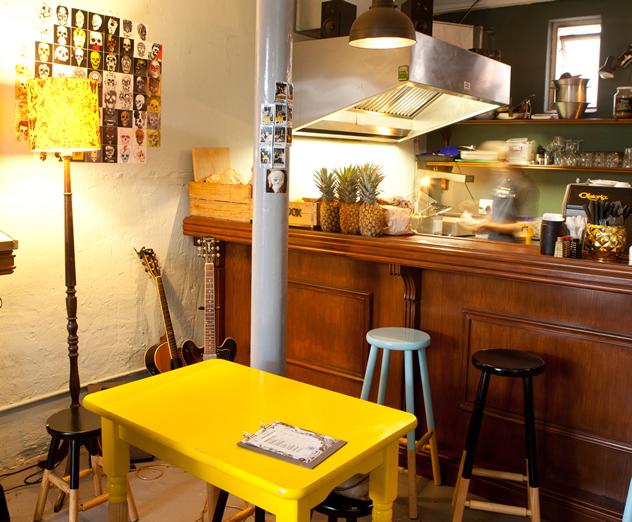 The seating at Redemption Burgers in Woodstock. Photo courtesy of Jan Ras.

A very reasonable R70, with skinny fries as standard. Pair with a beer for R100.

If you’re not a meat-eater, the VanBros also do a classy veggie burger made with massive brown mushrooms cooked with rosemary, lemon juice and garlic.

Got a recommendation for a future #burgeroftheweek? Tell us in the comments, or join the conversation on Twitter.

Eaten at Redemption before? Let us know if you also love The Straight Ace burger by writing a review. 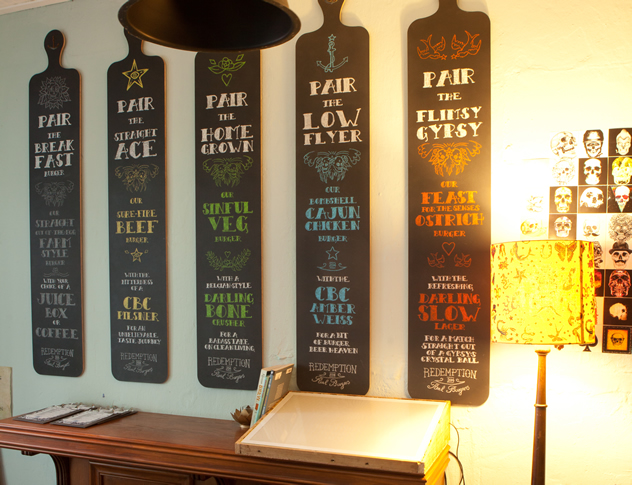