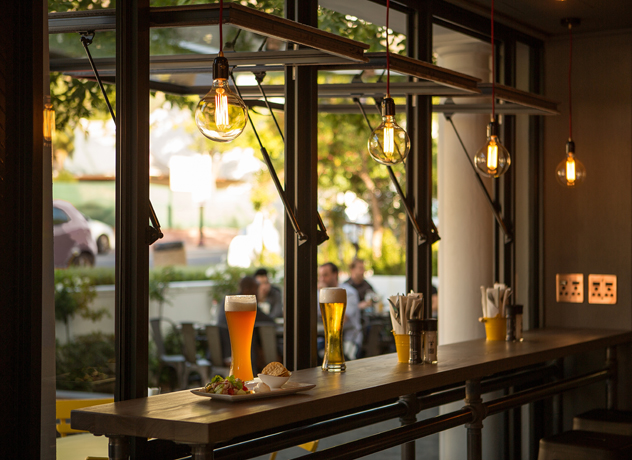 Dusk at Tuk Tuk Microbrewery. Photograph courtesy of the restaurant.

Tuk Tuk Microbrewery, the first of its kind on Franschhoek’s main street, opened its doors last Thursday. Forming part of the Leeu Collection portfolio (alongside the likes of The Tasting Room at Le Quartier Français), the cool new bar, brewery and taquería is spicing up the neighbourhood with local craft beers and Mexican-inspired eats, plus the chance to observe the brewing process. 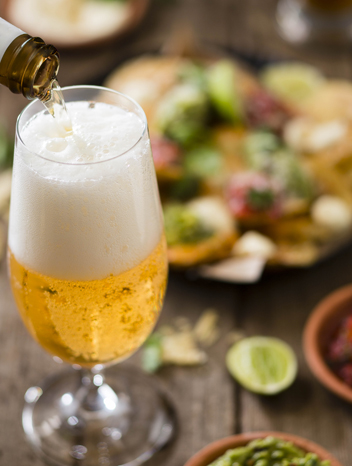 Dewald Goosen, the brewmaster at Tuk Tuk, was previously a senior brewer at CBC at Spice Route in Paarl, where he gained experience with both microbrewing as well as larger brewing plants before taking on the reins at this new Franschhoek post. The gorgeous new brewery was constructed by Kaspar Schulz from Bamberg, Germany, a company with over 300 years of experience. 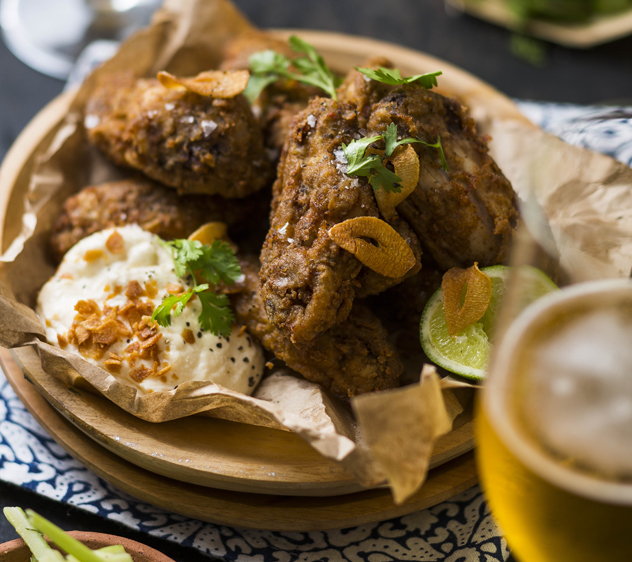 Beer lovers can sample the tasting menu of three or six brews, or spice things up with the T&T, a tequila and a spicy tomatino shot, followed by a cooling half-pint of lager. Those who would rather sip on some vino can enjoy the likes of Mullineux Kloof Street Chenin Blanc or Swartland Rouge by the bottle or glass.

The brewery has a fresh taquería-style menu, conceptualised by Oliver Cattermole, executive chef of Leeu Estates and Leeu House, with dishes to pair with the craft brews. The simple yet flavour-packed offering includes game-fish ceviche, spiced nachos, crispy chicken tacos, and chilli-and-lime wings.

Have you been to Tuk Tuk yet? Let us know what you thought by writing a review. 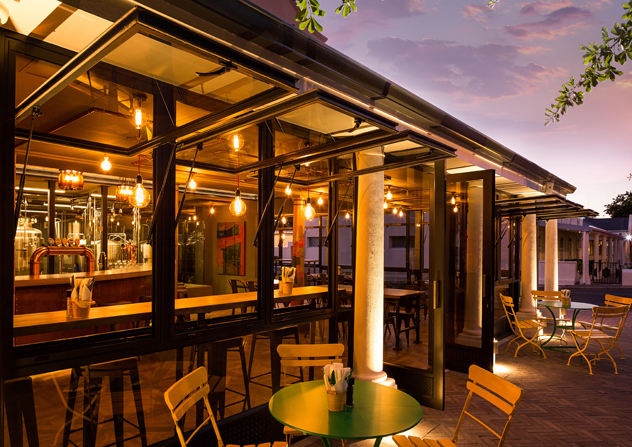 Tuk Tuk Microbrewery at sunset. Photograph courtesy of the restaurant.