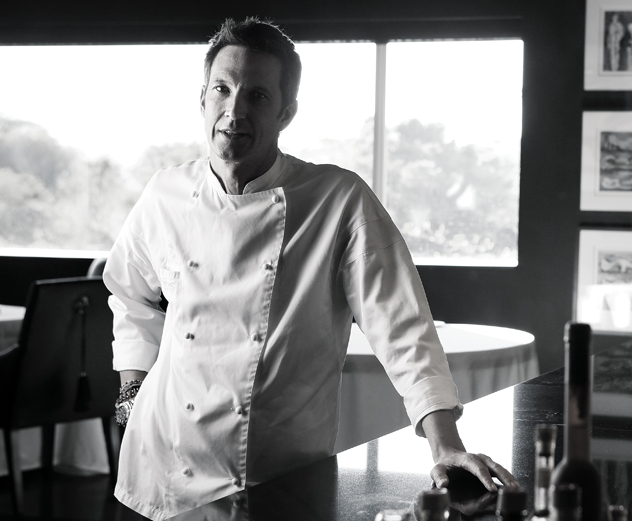 David Higgs, chef at Top 10 restaurant Five Hundred at The Saxon in Sandton, will be cooking for Team MTN-Qhubeka at this year’s Tour de France from 4 July to 26 July. The chef will travel with the nine riders and 20 crew members, shopping and preparing food for them as the team progresses along the route. Nederberg has also come on board as a sponsor.

The team of pro cyclists, with bases in South Africa and Luca, Italy, will be riding to raise awareness and funds for Qhubeka, a South African non-profit organisation affiliated with World Bicycle Relief. The programme delivers bicycles to school students and teachers to reduce travel time to school, heighten their safety and generally improve educational outcomes.

“The nutrition side of sport is a huge interest of mine,” says David, a keen cyclist himself. “I have done many things so far in my career, but not this. Food has such an important role in sport, and as a chef I think it’s a helluva interesting thing.”

David has been consulting with Robert Child, head of nutrition for the MTN-Qhubeka team, to discuss the needs for different stages of the race. They will need to shop in the French villages from day to day, with some fruit and vegetable juices being prepared mere minutes before consumption. “That’s the nice thing: to be able to work with the freshest of ingredients. It will be as organic as we can go – you have to be careful with hormones and chemicals, in meat especially,” explains David. And, after researching the small suppliers in the towns along the Tour de France route, he is impressed: “Anything is available in France!”

While it’s not going to be truffles and foie gras, David says the meals must still be delicious. “The most important meal is the one they have within an hour after getting off their bikes. It must be hot, scrumptious, and have good texture. All the usual fundamentals apply.” Having a great meal is something to look forward to; it has an affect on the riders’ headspace, and can boost the team’s morale. According to David, the meals are the most important part of the tour – apart from riding, of course. David will also be serving Nederburg wines to the teams VIPs.

“It’s exciting to be able to feed people when they benefit most from the nutritional side. It’s not about all the fancy bits; it’s about cooking ingredients to their full potential.”

Global general manager for Nederburg, Claudia Colussi, said the brand was thrilled to be linked to the African-registered team’s maiden tour and to be partnering with David, one of South Africa’s most outstanding chefs. “It is an honour for us to have a role in such a significant boost for competitive cycling in Africa. By investing in talent and training, the initiative is investing in Africa’s future.

“It’s also very inspiring to us that David, who has such an impressive reputation, is supporting the team in this way.”

Find out more about Qhubeka here. To contribute to the #BicyclesChangeLives campaign, click here.