Milkshake lovers will be happy to know that a bar dedicated to the drinkable ice-cream treat has officially opened in Cape Town. MyShake Milkshake Bar has set up shop in at bustling mall Canal Walk, and is pouring some pretty decadent creations for sweet-toothed shoppers. 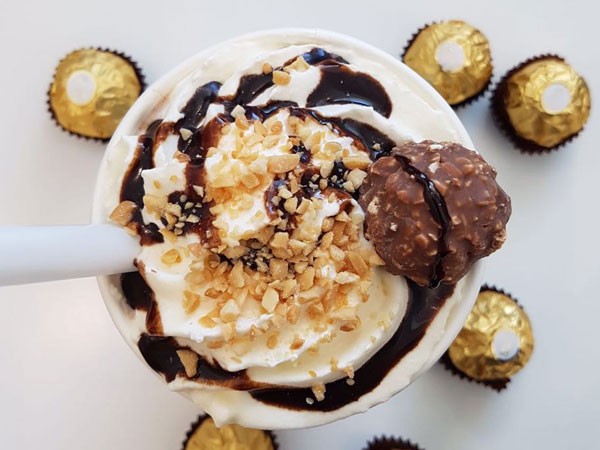 The build-your-own milkshake bar offers a place where kids can create milkshakes from their favourite candies, chocolates and treats, and adults can reminisce about the flavours from their childhood. The shakes have a soft-serve base that’s made with coconut oil, which delivers a soft, creamy texture, combined with a light vanilla flavour. The vanilla milkshakes are then topped with your choice of spreads, syrups, sauces, chocolate bars, cereals and biscuits. The decadent flavour combinations include the Peanut Butter Lover with KitKat and peanut butter; the Gold Rock with Ferrero Rocher, nutella and nuts; and the Cereal Killa with whipped cream and Cocoa Pops. If you’re feeling creative, make your own creation with toppings like Eet Sum Mor biscuits, Oreos, Bounty Bar, caramel popcorn, Speckled Eggs and Fruit Loops. 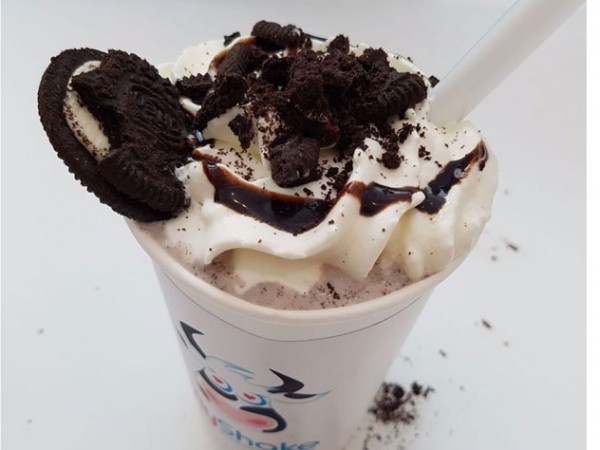 MyShake owner and creator Yass Gomes started developing his milkshake bar concept in 2014. He explains, “It all started while I was living in Belgium. Night after night I would research what the South African market lacked, and found that the ‘tweens’ were being ignored.” From there, the budding entrepreneur created his concept of a nostalgic indulgent treat in a modern setting for the whole family to enjoy. 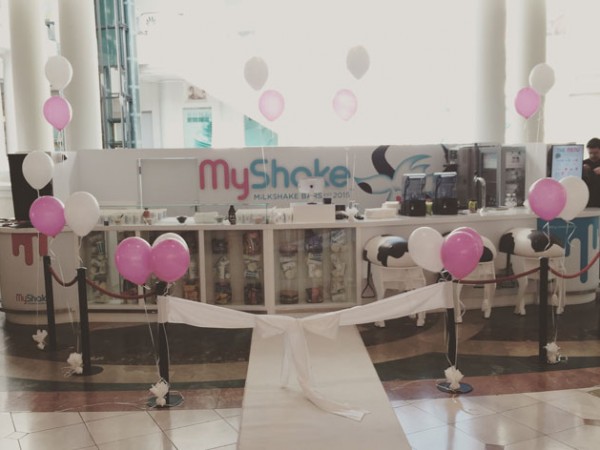 The quirky MyShake kiosk, complete with the cow-shaped bar stools and a silver ‘beer tap’ for the milkshakes, can be spotted at Entrance 8 at Canal Walk Centre.

The team is looking to open a MyShake Express at Cavendish Square in May, and another branch in Johannesburg sometime this year.