The dirty shame of tipping in the restaurant industry

It turns out that compiling an article about the tipping system in South African dining is much akin to launching an investigation into a sitting president. Armed with a podcast dealing with the topic on an international scale, we set out to research how the system is operating on our own shores. Opinions poured in from readers, and the industry itself returned shocking statistics and experiences. Some staff retracted their responses because they were forbidden to speak about it. Dozens of restaurants declined to answer, even anonymously, because the topic is a live wire not just within the industry, but also within their very restaurants.

For many, tipping based on customer experience has been such a natural part of the eating out experience that it may seem absurd to question it. Gilles Blanc, owner of The 41 Restaurant in Camps Bay, expresses a viewpoint that is shared by many consumers: “If the waiter is not financially incentivised, his work performance will generally decrease.” 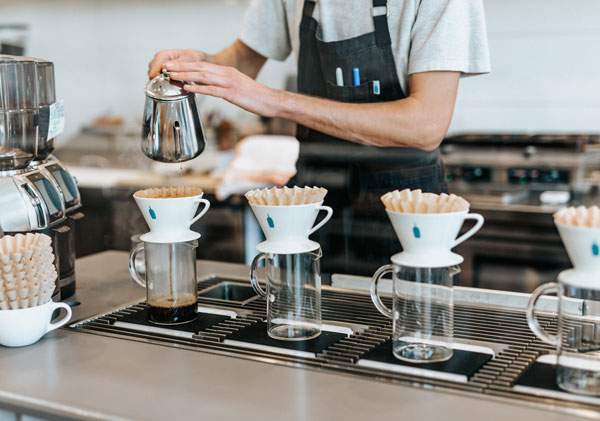 Can you imagine a world without tipping? Photo by Tyler Nix on Unsplash.

This makes perfect sense at face value, but Danny Meyer, New York City restaurateur and CEO of the Union Square Hospitality Group, speaks in the Freakonomics podcast about how he views the dining experience differently: “I believe that hospitality is a team sport. And the same way as if you went to a soccer game — the ticket you bought would include the seat, but it wouldn’t only include the strikers and not the goalie and expect you to pay the goalie separate based on what you, as a fan, thought of the goalie’s performance.” He sums up our current tipping system succinctly: “[This] basically means that the waiters are working not for me, but you, as freelancers.”

Currently the expectation in South Africa is to tip 10 percent of the bill. Such a standard percentage aims to make things equal, but in reality it creates a divide. Danny cites an example of two waiters pulling a cork: if one is opening a R500 bottle of wine, just pulling the cork earns them R50. Another waiter could pull a R200 bottle’s cork with the same degree of competence and only earn R20. One waiter could even do a much worse job than another, but leave with a higher value of tips. 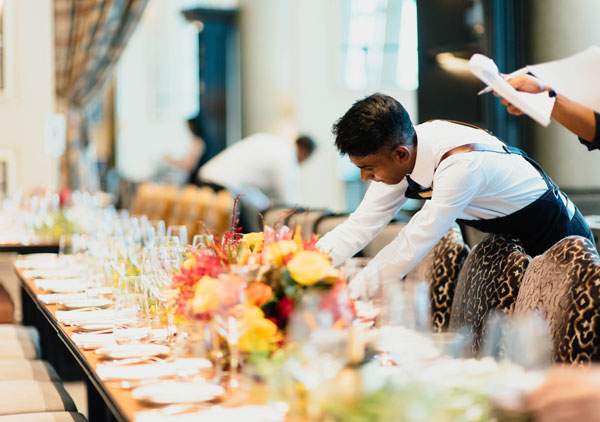 Does a ten percent tip reflect quality of service or just how much the dishes cost? Photo by Chuttersnap on Unsplash.

Even so, this assumes that diners are entirely objective and tip solely based on the level of service they received. Unfortunately, this isn’t always the case. Danny points out that some types of waiters are favoured over others, be it because of race, gender or attractiveness. Lilé Potgieter, a private chef who has worked at JW Mariott hotels and restaurants like Rust en Vrede and Delaire Graff, agrees: “In my opinion, tipping enforces inequality within the restaurant industry.” She says that sexism and racial profiling are rife: “Female servers do get bigger tips. A server who is more appealing to a certain diner is bound to receive a larger tip than someone who is unappealing to a diner. Restaurants encourage women to dress ‘sexier’ and often don’t hire chubby and unappealing servers.” 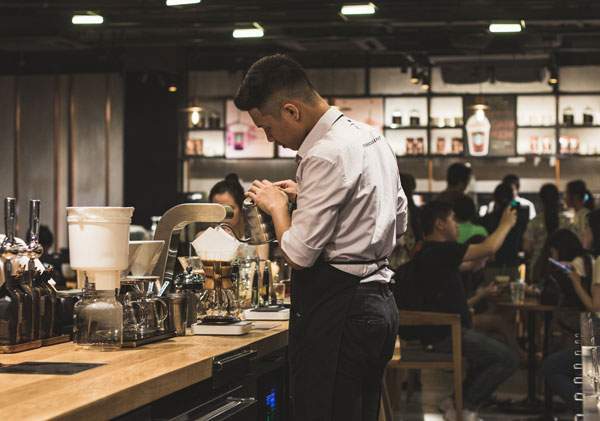 Sometimes diners aren’t even aware of their tipping bias. Photo by Quan Le on Unsplash.

This, she says, can also lead to uncomfortable situations for staff. We’ve all experienced bad service but tend to forget that it goes both ways. Diners can also place servers in a ransom situation, where they have to tolerate racism and sexism in order to receive the wage they’ve earned. “Male and female servers get harassed by diners and will often enough play along as to ensure they get a decent tip,” says Lilé. “The servers will tolerate inappropriate behaviour and demands because most of them rely on tips for a living.”

What about the chef who cooked your meal? The person who cleaned the kitchen floor? The sommelier who chose that perfect wine pairing? Diners assume that these staff members are being paid handsomely (or at least fairly), while waiters have to fight tooth and nail to make ends meet. But the reverse can actually be true. Danny said he found that more and more qualified chefs are choosing to be waiters just because that’s where all the money is. 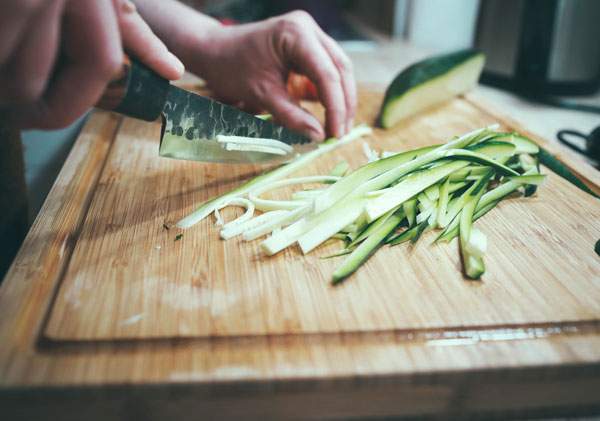 What about the chef who spent all day chopping up vegetables? Photo by Igor Miske on Unsplash.

But it’s not just a New York problem. It’s happening right here in South Africa too. And there’s another side-effect: It causes massive conflict between the two groups of staff. “The back-of-house staff will often work longer hours for less pay,” says Emily Dyer, owner of The Kitchen Think consultancy, which has worked with eateries like ONO, Dukes Burgers and Richmond Studio Café. “The kitchen and scullery staff feel undervalued as a result, and become demotivated.” Lilé agrees: “Front-of-house staff in almost all cases are paid close to double to other staff. They usually work less hours and do not do as much work. Some restaurants do not split the tips between front-of-house and back-of-house staff. Student chefs, in most cases, do not receive any tips. Servers may get less money per hour, but they make a significantly larger amount when the tips are included.”

So what’s the solution? One proposed idea is that the price the customer sees on the menu is all-inclusive. In other words, ban tipping altogether. A fair salary for every member of staff, including waiters, is worked into the price of each dish and every drink.

Danny piloted this system at The Modern, his two Michelin-starred restaurant in New York’s Museum of Modern Art. Simon King, manager at The Modern, noted an immediate shift in perspective among their waiters: “You can work lunches — you don’t have to work all these nights — and still receive the same money, or very similar to before.” There was also no more fighting for busier nights and unexpected changes in routine, such as closing because of weather conditions, didn’t mean robbing servers of their wage. 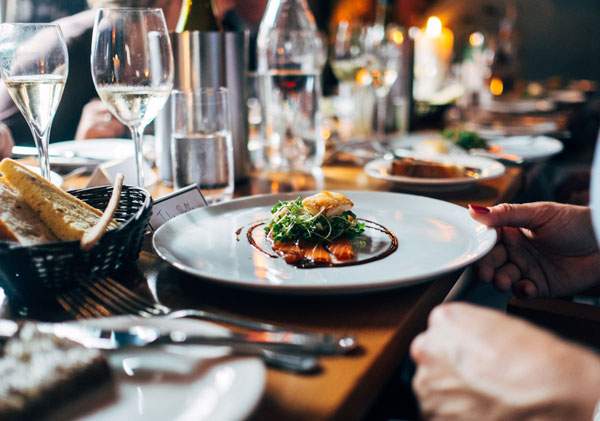 Imagine paying separately for each element of your restaurant experience. Photo by Jay Wennington on Unsplash.

But what about the quality of service now that waiters no longer have to earn their tips? Has it remained consistent? In fact, says Meyer, it’s improved: “We follow the OpenTable feedback we get, and we’ve noted quite happily that the average of all of The Modern experiences, both for food and for service, have gone up about 12 percent.”

And are servers resigning because their tips have been taken away? Again, the opposite is true: “Our server applicant pool over the last four months at The Modern has grown 25 percent the first month, 100 percent the second month, and in the most recent month, the applicant pool has grown by 215 percent. And at the same time, turnover in those three months has already gone down.” It’s also addressed the problem of unhappy back-of-house staff. Danny says that The Modern received a 270 percent increase in applications for jobs in the kitchen, a significant increase from the previous seven months when they’d had zero applicants. 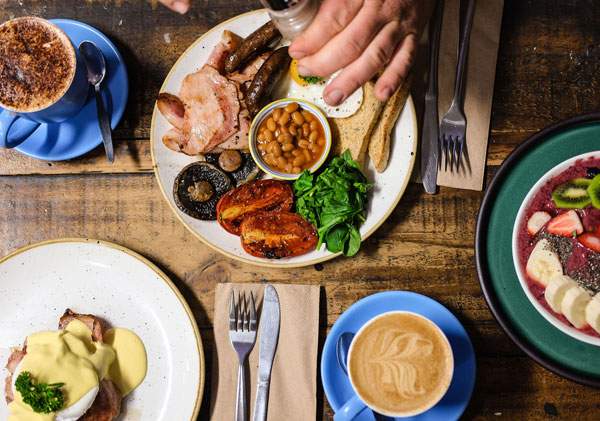 Each element of a great meal is important but unfortunately some can go unnoticed when diners tip. Photo by Melissa Walker on Unsplash.

This system isn’t unprecedented in South Africa either. Emily has implemented it herself: “I do believe that all staff should be paid an all-inclusive salary, and then tips are dispersed equally among all the staff members – from head waiter to sculler. It’s a technique I’ve used in many restaurants I’ve opened. I find doing it this way you encounter less hostility amongst the team, and more respect for each other.”

Happy staff means a happy restaurant, but what about a thriving restaurant? Though Danny has since got another of his restaurants working on the no-tip system, he’s cautious about recommending it to all restaurants across the board, especially considering The Modern hasn’t yet operated this way for a full year. However, he notes that their profits have been “about exactly the same”. Emily looks at it serving the bottom line in a different way: “Paying staff better salaries trickles down to better impact your food cost, your service and your staff turnover. You’re less likely to have theft and absconding staff. Money is the driving force for restaurant staff, and it’s not unusual to have staff leave without notice because they’ve heard of a better offer elsewhere.” 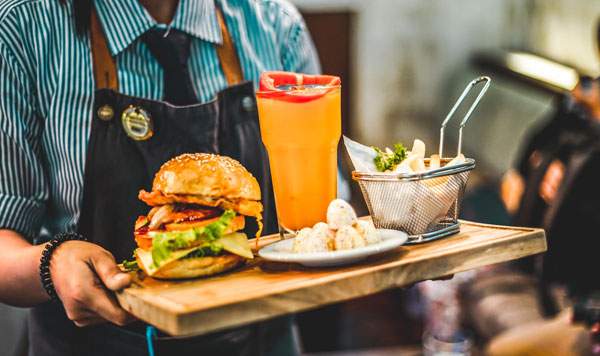 Banning tips could actually make for much happier waiters. Photo by Bimo Luki on Unsplash.

Lilé is a bit more cautious, as she doesn’t believe all-inclusive salaries are sustainable in South Africa: “The restaurant industry simply cannot afford to make up for tips. A solution to this problem is for restaurants to already include an involuntary 10% tip on the bill. [Otherwise] if restaurants want to allow customers to tip, they must split the tips between all of the service staff.”

Still uncertain about whether this is a change worth risking? Danny’s experience of its impact on staff morale may just sway you. Waiters at The Modern told him they’re unequivocally happier coming to work now. He says they love getting rid of the manipulation involved in being nice to a customer solely so they can earn a living wage. “They love the dynamic that suggests that they’re doing it because they are a hospitality professional,” says Danny. It also eases the tension between the back- and front-of house staff: “They don’t have to feel guilty at the end of an incredibly busy Friday or Saturday night, when they’re all high-fiving, but only behind closed doors because they don’t want the kitchen staff, who only worked harder for the exact same amount of money, to feel bad about it.” 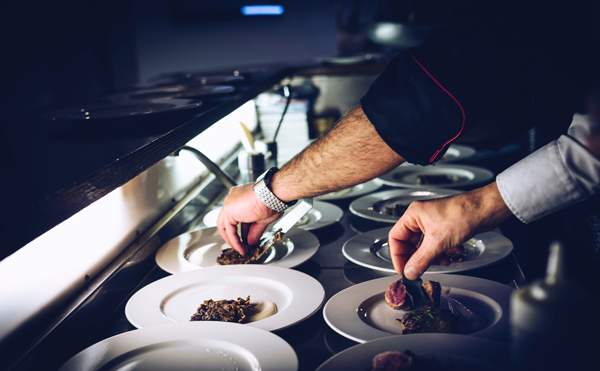 Happy staff makes for an efficient restaurant. Photo by Fabrizio Magoni on Unsplash.

What can the diner do?

We did polls to gauge interest in an all-inclusive salary solution as opposed to the way tipping currently works. The former won by a landslide – there’s definitely interest from SA’s dining community about menu pricing that reflects all-inclusive amounts. So if you form part of that community, how can you instigate change?

Do you own a restaurant that relies on tips to pay staff? Or are your menu prices all-inclusive? Tell us what you think in the comments.

Also: Is your restaurant bookable on the Eat Out app? Get reservations from thousands of registered diners around the country. Find out more here.