Kalk Bay restaurant The Brass Bell has a killer location overlooking the sea – but the prime piece of real estate also comes with a catch: occasional flooding. 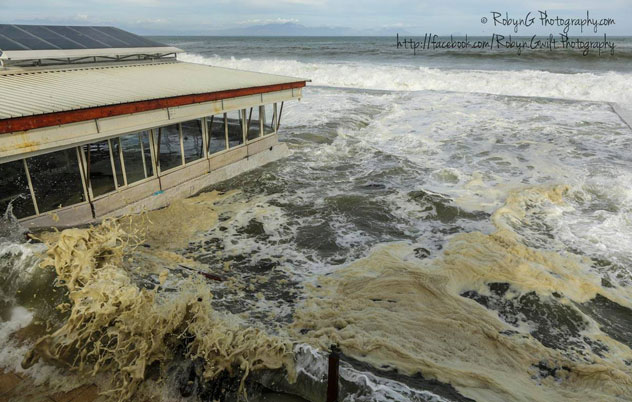 Fishhoek resident and photographer, Robyn Gwilt went to watch the weather and the waves – and caught some amazing shots of the waves washing through the restaurant. “It was incredible,” says Robyn. “Even Kalk Bay Harbour’s water level was the highest I’ve ever seen, lapping the quay-side and washing up to the car park! I thought the boats were going to park themselves in Kalky’s!” 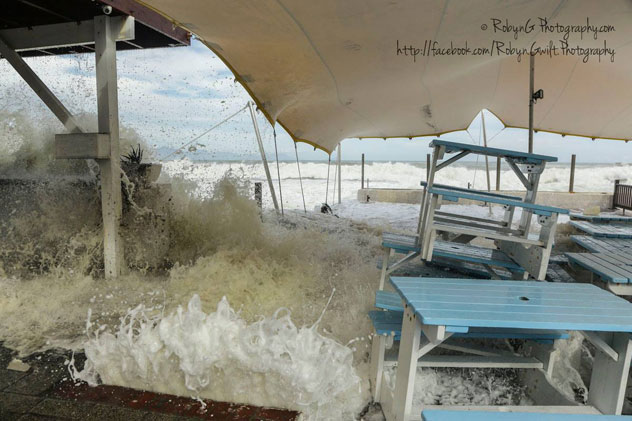 Staff today were all pitching in to help clear up the restaurant – and intend to reopen on Wednesday morning. View more of Robyn’s incredible photos on Facebook below.

Today the Brass Bell and Harbour House in Kalk Bay took a pounding! And you can blame it all on the (red) moon! …