Cape Town loves a new concept, so when the team behind Manna Epicure announced that they were opening up a Gulf-coast-style crab shack in the old Jackal and Hyde space on Kloof Street, there was a flurry of excitement. The Deckhouse Crab Shack and BBQ was jam-packed on its opening weekend. Katharine Jacobs nabbed a table to get a first taste of the soul food.

We kick off with a deck sampler, as it offers a chance to sample the greatest variety of starters. There’s a chubby jalapeño on a stick (presumably a Jeff Dunham reference) stuffed with cream cheese and dipped in corn batter; a cheesy corn dog (a cheesy Vienna-style sausage, dipped in corn batter); crispy battered squid; and buffalo wings. We also try the shrimp popcorn, a generous serving of piping-hot battered shrimp with tartare sauce. 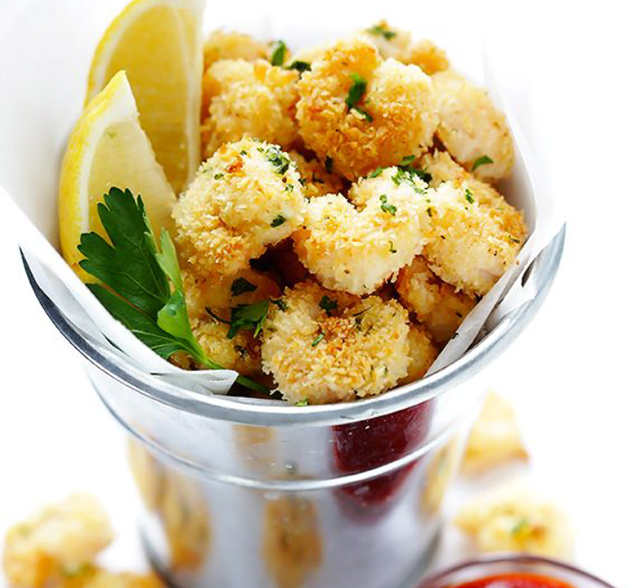 Tempura prawns at the The Deckhouse Crab Shack and BBQ. Photo courtesy of the restaurant.

All in all we’ve made a rather batter-centric selection – and I’m reminded of the feeling of being slowly battered from the inside on a recent visit to Georgia in the States. Sadly, the batter in question is a little thick, and ever so slightly too oily for my liking. If you’re not feeling digestively strong enough for this, I’d recommend the Jim Bean buffalo wings – the smoky bourbon sauce is a glorious sweet and tangy barbecue-style confection – or one of the steamed seafood dishes.

For mains, I’m keen to try some crab. Seemingly the most affordable way to do this is to order a small bucket of soft shell crabs at R90 for three. As the idea is to eat the whole thing, shell and all, it makes sense that these guys are also battered. Their flavour, beneath the batter, is a new one to me, but the batter does tend to drown the subtle sweetness. 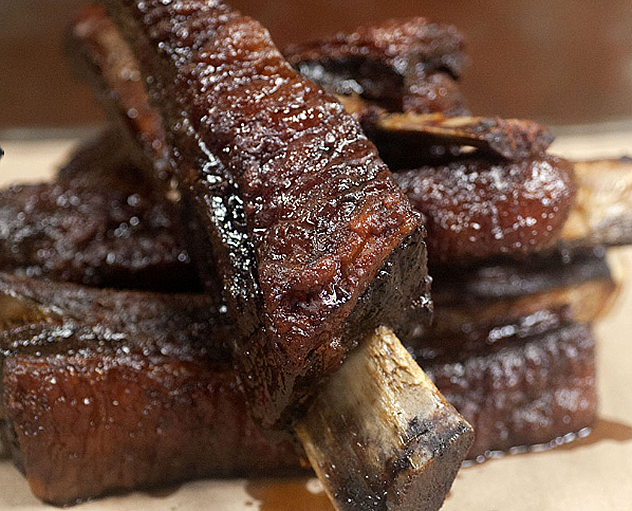 BBQ ribs at the The Deckhouse Crab Shack and BBQ. Photo courtesy of the restaurant.

Another way to try the crabs is to order the impressive but pricey crabby pot (R325). Whole crayfish, snow crab, mussels, prawns and a slightly spicy sausage are steamed up in a marinara, hot Thai or garlic and herb sauce. We steel ourselves to try it – and it’s pretty good. The snow crab legs are particularly delicious: a sweeter, slightly firmer version of crayfish.

The ribs from the barbecue section of the menu, meanwhile, are some of the best I’ve had in Cape Town. Perhaps unsurprisingly, given that their creator hails from Manna across the road, home of some of the most juicy, fall-off-the-bone tender ribs in the city. The Jim Bean basting sauce – of buffalo wing fame – makes a reappearance, and is everything my childhood self wants from a barbecue sauce.

For dessert, the Mississippi mud pie is the undisputed winner. It’s hard to really describe what’s going on here: a firm biscuit base is topped with a glorious layer of something which tastes like cookie dough, but it more mousse-y, and another layer of something vaguely caramel-like. Just order it.

I plump for a pineapple mojito, which has lovely sweetness from the fresh pineapple blending nicely with the lime and mint. (There is rather a lot of ice, however.) You can also order a pitcher of one of the house cocktails for the table and settle in for the evening. 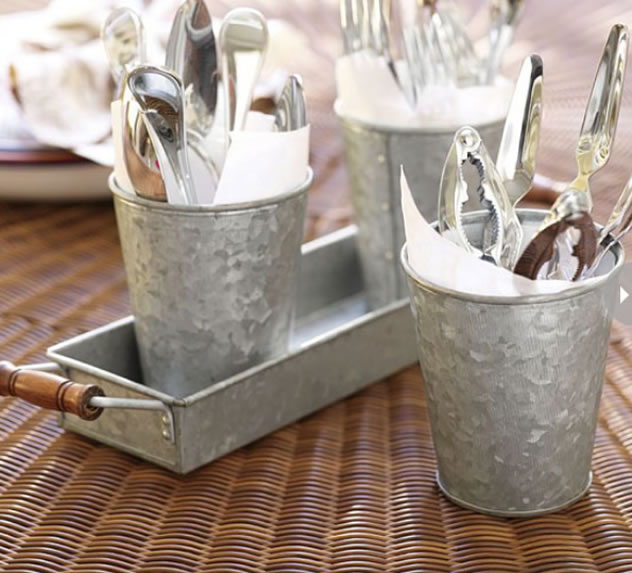 Cutlery at the The Deckhouse Crab Shack and BBQ. Photo courtesy of the restaurant.

Stay in character with a jug of Southern Comfort, lemon juice, tequila and pineapple and orange juice; go British with a spot of Pimm’s; or stick with a classic pitcher of frozen margarita.

There’s also a decent range of wines, and our waiter is helpful in recommending one to suit our tastes. More importantly, there are also several rather sweet but good gourmet milkshakes, which include flavours like dulce de leche and roasted marshmallow

The old Jackal and Hyde space has had a mini makeover. Oversized couch seats made from repurposed rowing boats join long tables made with steel girders on the deck. Most of the seating is outside; the deck, which boasts a few tables with a grandstand view of Table Mountain, will likely be hot property come summer.

For now, awnings shelter it a little, but the breeze comes through the gaps, so bring a warm jacket if you’re heading here at night. Lighting also needs some work: on the night we visit, the lighting on the deck was provided by a single candle on each table and the florescent streetlight, which created a slightly eerie, cold feeling. 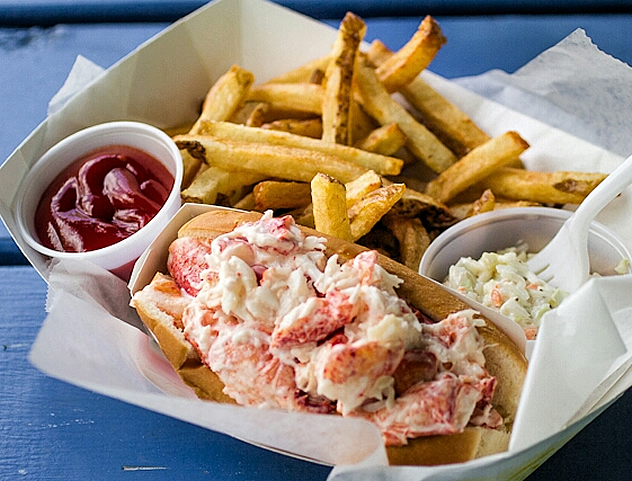 Crab roll and chips at The Deckhouse Crab Shack and BBQ. Photo courtesy of the restaurant.

The staff feel slightly unsure of themselves, which is understandable, but there’s a comforting presence of management and there’s no reason to suggest they won’t find their feet in the next week or two.

They have a pretty exciting-sounding breakfast menu and a Sunday brunch with bubbles.

The restaurant is very new – and there are a few teething problems that need attention. The lighting arrangement needs work; the batter could be reexamined; and our cheesecake is not great. Give them a month or so to sort out the issues, or go in the daytime for the ribs, the mud pie, and a cocktail pitcher. (Pro-tip: all pitchers are half-price between 4pm and 5pm on weekdays.)

Have you got yourself elbow deep in crab at The Deckhouse on Kloof? Let us know what you thought by writing a review.