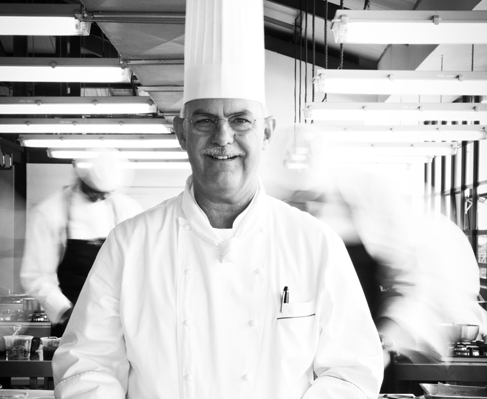 While some of the winners at the Eat Out DStv Food Network Restaurant Awards on 20 November 2011 may be new restaurants and chefs, one award shines a light on the contribution an individual has played for a number of years. This year’s winner of the Lannice Snyman Lifetime Achievement Award, brought to you by Paarl Media, is a mentor to many.

Like many of us, Garth Stroebel started out with a slightly different career in mind. He began an apprenticeship in hotel management at Hotel Edward in the seventies, the training for which involved time in the kitchen. “I enjoyed working with my hands to create something from scratch,” he explains. From there, he abandoned hotel management to venture into the culinary world. Stints at the Mount Nelson, the Carlton, and the 5-star President Hotel followed, as well as some high-profile competitions.

Eight years ago, he started the South African Chef’s Academy with Paul Hartmann. Known as one of the most hands-on courses in the country, it has turned out stars like Henrico Grobbelaar (Azure chef, and 2009 winner of the San Pellegrino Young Chef of the Year) and today, many of the country’s top chefs name Garth as their mentor.

When he’s not training the young chefs of tomorrow, Garth travels widely, consulting and helping individuals to set up restaurants all over Africa. His colourful Twitter feed @delboycape catalogues his recent trips to Sweden, Mauritius and Mozambique.

“Garth’s charm and warmth, together with his professional excellence and his efforts in education and raising the standards of the culinary industry, make him so deserving of this legendary award,” says judge,  Abigail Donnelly.

The toughest thing to teach? “The understanding of why things happen,” Garth says. While there are a few cardinal rules, Garth believes that cooking can’t be learnt by rote. “Things are constantly changing,” he says, “and in order to experiment and move with the times, one needs to understand why, not just how.”
“Listen to what the customers want. And never give up.”