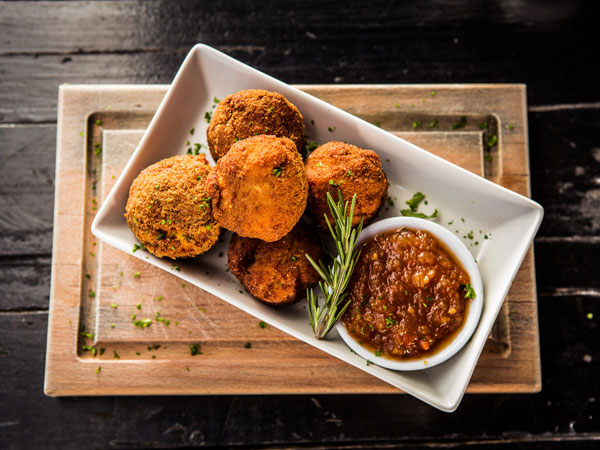 There are few things more comforting than a piping-hot forkful of oozy, luscious macaroni and cheese. It’s like a hug from the inside. But you don’t have to wait until your next visit home for this family favourite: some South African restaurants are making genius concoctions like mac ’n cheese in a brioche bacon burger, deep fried in butter, and baked into a pie. Here’s where to get your next mac ’n cheese fix.

Is there any better pairing for mac ‘n cheese than a crisp, icy beer to cut through the richness? Didn’t think so. Order the Beerhouse mac ’n cheese dish with a Dijon and cream cheese reduction, Klein River 12-month-aged gruyère, peppadews and smoked bacon. This gloriousness is served with garlic bread to mop up any leftover sauce for R75.

This is mac ’n cheese on the move. Cafeteria Mobile Food Truck takes things to new heights with macaroni and mature white-cheddar cheese that’s pan-fried and served with smoky, crisp bacon and homemade chunky ketchup for R55. (We may have discussed this before.) Find the food truck at the Neighbourgoods Market or Bay Harbour Market.

A go-to for all sorts of diner food (disco fries, anyone?), Clarke’s also delivers on the mac ’n cheese front. This side dish is a great partner for your burger or sandwich, or even as a light meal on its own. The super-rich and sumptuous four-cheese dish features smoked mozzarella, colby cheddar and goat’s cheese in the sauce with a sprinkling of pecorino on top for R35 per side portion. They can also throw in some slow-roasted baby tomatoes or crispy bacon. 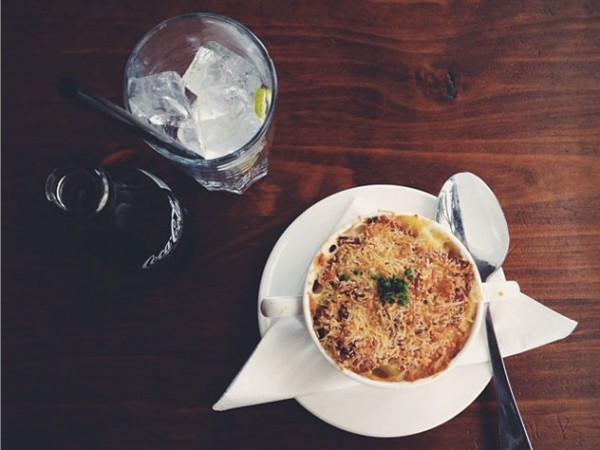 A shop and café dedicated to cheese would be crazy not to serve this comfort-food triumph. Look forward to mac ’n cheese made with pungent and gooey Camembert de Normandie mixed with local camembert. When in stock, they also serve a decadent version made with Vacherin cheese, a 50% milk-fat washed-rind cheese from the Jura region of the Western Alps. Both dishes cost R70.

This modern-day Irish pub in Durban doesn’t just do your average grub. Here you’ll find mac ’n cheese in the form of bar snacks: balls of super-cheesy macaroni are coated in a mix of parmesan and bread crumbs, fried until crispy, and served with a sweet and spicy tomato chutney for R45 per portion. 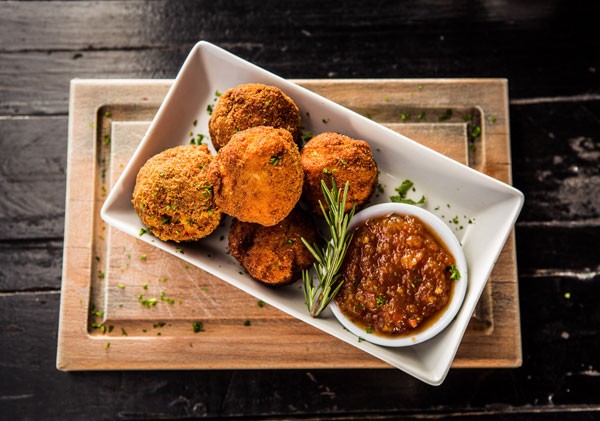 This trendy eatery in Pietermaritzburg serves the king of all sandwiches. Their Cajun crumbed-chicken sarmie comes with smoky bacon, barbecue sauce and sinful three-cheese macaroni inside. It’s everything you’ll ever need between two slices of bread, and it comes with a side of buttermilk-and-hot-sauce-crumbed pickles for R65. 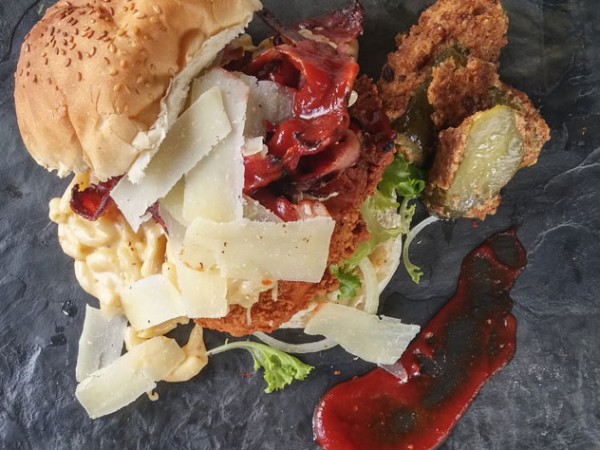 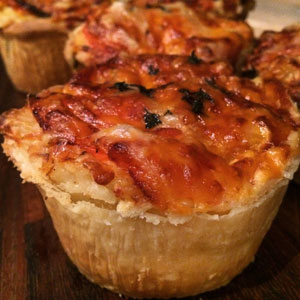 Mr Big Stuff’s artisanal Americana-influenced offering wouldn’t be complete without this creamy classic. Their mac ’n cheese burger comprises a 120g 100% beef patty, a buttery brioche roll, a slab of deep-fried homemade mac ’n cheese with all the trimmings, and it’s topped off with Mr Big Stuff’s secret sauce. The dish could be yours for R85, plus a generous portion of fries. And if that isn’t enough cheese for you, they also do mac ’n cheese squares, which are crumbed and deep fried – and hard to resist. 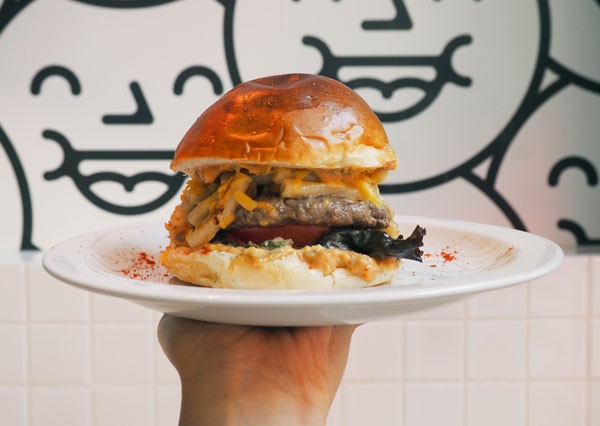 This restaurant may be dedicated to the pursuit of perfect meatballs, but they don’t stop there. Here, you can dive into a portion of cheesy, deep-fried mac ‘n cheese balls with a side of veg for R55. If you’re feeling a little more adventurous, they’re also available with a chorizo or three-cheese filling.