From luscious malvas and melting chocolate fondants to steaming apple puddings and warm tartlets, these are Pretoria’s most comforting desserts to warm up your winter.

Hot desserts of course do not have to be sickly sweet and sticky to be delicious; they can also be elegant and sophisticated. And what is more sophisticated than a traditional baked soufflé? For R80, Black Bamboo serves a honey and poppy seed soufflé with crème anglaise, shortbread crumble and honeycomb ice cream. The menu changes seasonally, so this yummy pud will not be available much longer. 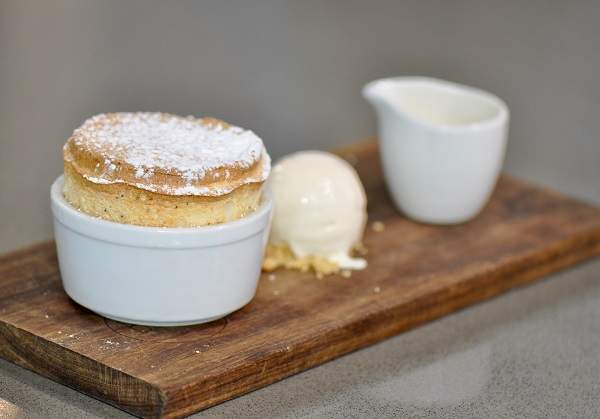 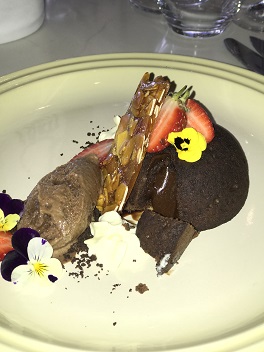 Fortunato Mazzone’s new baby, over which he reigns supreme, is situated on the top floor of Time Square Casino. The restaurant is always pumping, meaning bookings are advisable. The chocolate fondant is a delectable tribute to all things indulgent. The spongy dome hides a liquid dark chocolate heart that flows onto the plate, ready to be enjoyed. The edible flowers serve as pops of colour for this decadent dessert and as an element of fun.

With the recent move to brand new premises in Dey Street, Kream is going from strength to strength. Together with the branch in The Mall of Africa, as well as sister brand Nomad, they’re an unstoppable force. They serve a classical malva pudding, which has been part of the restaurant’s menu for the past 10 years. The malva pudding is served with Cape Velvet crème anglaise, homemade honeycomb, strawberry flowers, cotton candy and vanilla bean ice cream for R75. Since it could happen that they run out of this old stalwart, ask in advance that they keep you some. 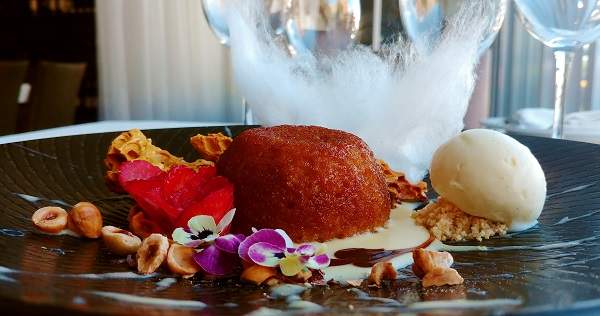 Anne Leusch, these days firmly ensconced as the chef at La Madeleine, says she is making a dessert that her parents used to make when the restaurant was still located in Sunnyside. The chocolate platter consists of a warm chocolate tartlet, white chocolate mousse, dark chocolate mousse and chocolate ice cream, all pulled together with an orange sauce. Good value for money is one of this restaurant’s trademarks and at R60 this is a bargain (especially considering they use Callebaut white chocolate and dark Belgian chocolate). 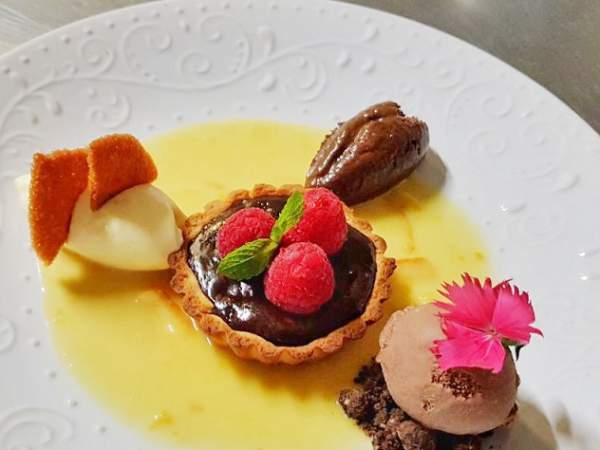 Shane Sauvage is a seasoned restaurateur who knows what his clientele wants.  The Great Gatsby – named after that era of long-gone indulgences – is a chocolate and caramel-fudge brownie dessert served with hot toasted meringue. 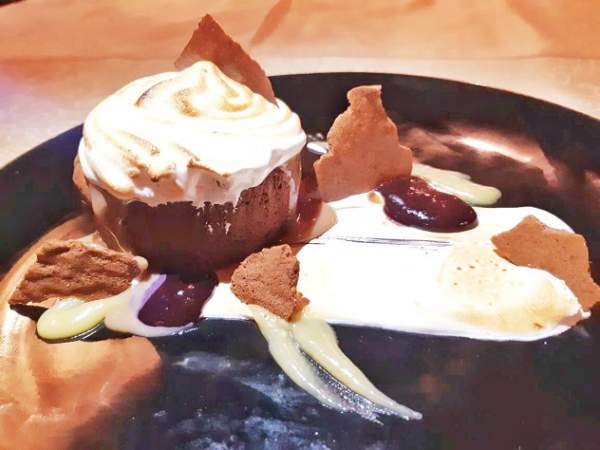 Although Toni Sime’s name is synonymous with pizza, she loves baking just as much, which means that there is always some delicious baked item on the menu. The brownies here are made with 70% cocoa Belgian chocolate and lots of pecan nuts. They’ve been a staple on the menu for the past 15 years and guests get mightily upset if they’re sold out. Toni says in the early days of her restaurant, these same brownies helped cover the medical bills for her daughter’s birth, making them without a doubt one of the foundation blocks on which Toni’s was built. The same delicious brownies can also be enjoyed at her other restaurant just around the corner, Toni’s Fish and Chips. 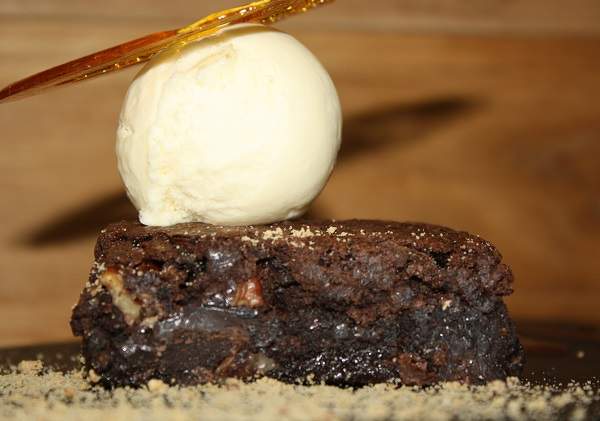 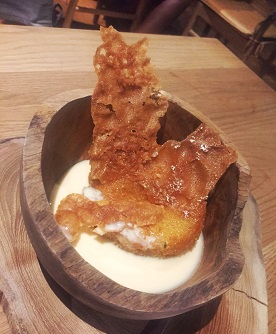 This newly renovated space is modern and edgy, with lots of contemporary design elements. Sitting inside or outside and watching Pretoria pass by is a real treat. They serve a warm, freshly baked old-fashioned apple pie with vanilla custard and tuile biscuits (R57).