Ten chefs from Johannesburg will come together to celebrate small local producers by whipping up a grand feast at Le Sel @ Cradle on 16 May 2015. The event is part of a fundraising initiative by Slow Food Johannesburg to launch Slow Meat South Africa.

The event, dubbed Table of 10, will see ten chefs prepare their own dish using an individual cut of beef sourced nose-to-tail-style from a single grass-fed Afrikaner cow. Guests pay R375 each for six meal tickets, an offal ticket, a beer or glass of wine, dessert buffet and cheese board, plus a golden ticket to award to their favourite dish of the day. Participating chefs include Adele Stiehler, Arnold Tanzer, Coco Reinarhz, Hanrose Erasmus, James Diack, Adrian Wickus-Brown, Klaus Beckmann, Nicole Froneman, Phil de Villiers and a surprise appearance by a famous South African chef. 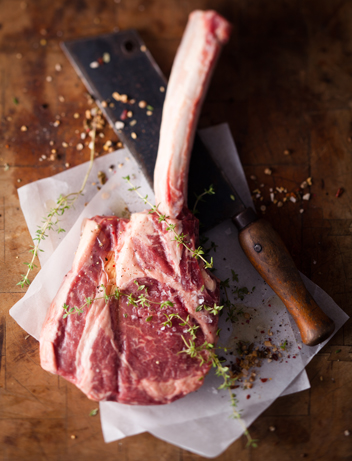 In addition, 12 artisan producers will set up shop alongside the chef stations, offering everything from homemade duck pâté and free-range eggs to cheeses and local beer. Slow Meat South Africa’s Brian Dick hopes the setup will encourage people to meet local producers and chefs: “We want to highlight the people behind your food and encourage people to know the farmer, know the butcher and know where your food comes from.”

All proceeds from the event will fund the Slow Meat SA movement, including a trip to the United States for member and owner of Braeside Butchery Caroline McCann, who will represent South Africa at the Slow Meat Symposium in Denver, Colorado. Caroline is also set to showcase her proudly South African boerewors, biltong and cured meats at a food fair.

Slow Meat SA is planning to stage a road show to travel around the country and increase awareness around small food producers. The team also plans to bring the Table of 10 event to Cape Town, Durban and Bloemfontein later this year. “There are definitely more events planned for the future where we will be highlighting pork, lamb, venison and more,” says Dick.

Table of 10 will take place under the trees at 12pm at Le Sel @ The Cradle on Saturday 16 May 2015, with tickets costing R375 per person. Tickets are available on quicket.co.za.