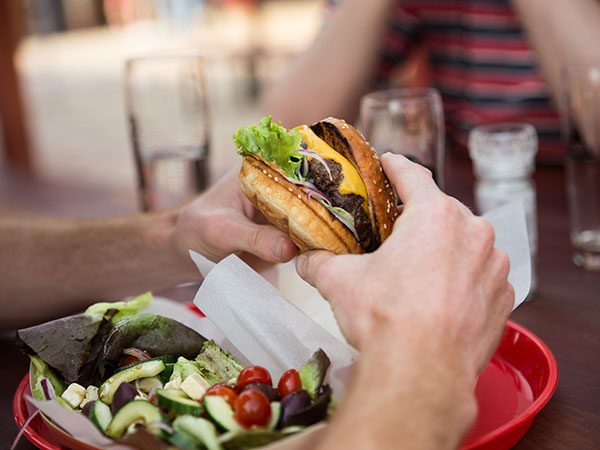 Set inside the avant garde Mad Giant urban brewery in Newtown, Urbanologi is already shaking up the food scene in what has traditionally been seen as the grittier end of Joburg. Now, they’re turning their attention to the tradition of the beer garden.

We see no reason that beer lovers can’t also love milkshake – and Eben Uys of the Mad Giant Brewery and Angelo Scirocco of Urbanologi evidently think so too. Coming soon to Urbanologi’s Beer Garden menu, the milkshakes in question will be made with dairy products that have no chemicals anywhere near them and without sugar and preservatives. Options are set to include a bacon, maple and Jack Daniels milkshake; a Madagascan vanilla option; and a white peach and rose shake. 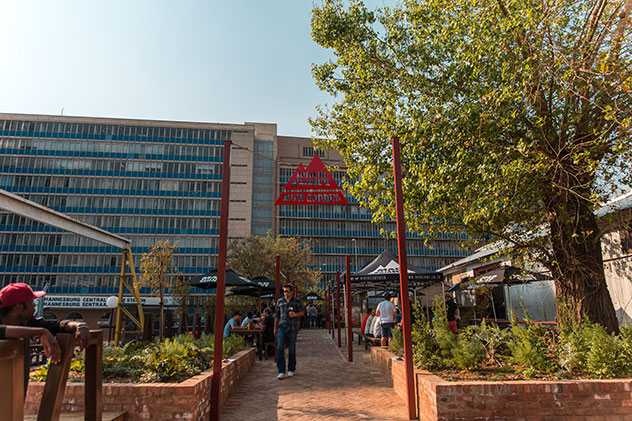 The milkshakes aren’t around just yet, but the new beer garden is open, outside the main restaurant. It’s dotted with aloes and features industrial-hip design, including some raw-looking lamps and industrial-style tables. 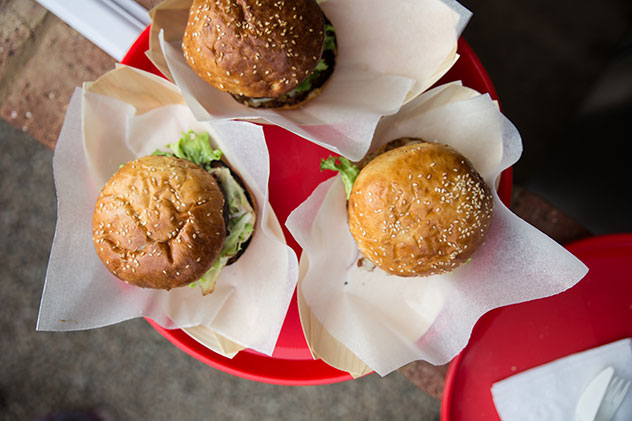 On the food side, look forward to some of the best gourmet burgers in the city. Photo supplied.

Angelo Scirocco himself designed the menu, using his outright delicious but nutritive philosophy of ‘Urban Garde Cuisine’ – combining the very best of everything in new ways. There are burgers to go with the shakes – or with the whole range of dry-hopped beers. The four burgers are getting rave reviews for being juicily good. Options include a classic cheeseburger and a brown mushroom one with the best cheddar, house pesto and homemade truffle mayo. The standout ones though – possibly the best in the city – include the venison with its own chinese BBQ sauce, fresh guacamole and lettuce; and the lamb with its own harissa, onion and fresh coriander, cheese and lettuce. Even the rolls are made right here. 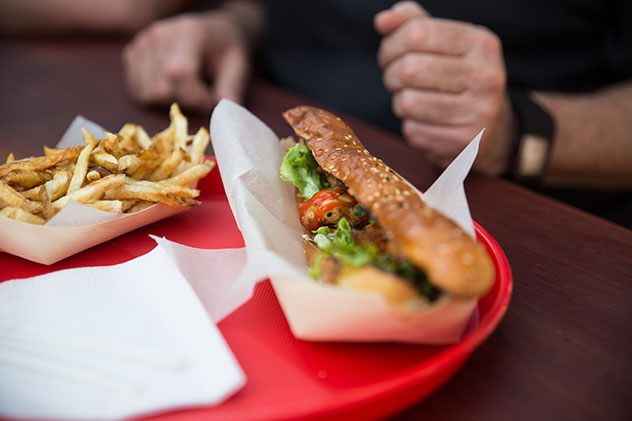 The chips have some pretty great credentials, too. Photo supplied.

Potato or sweet potato chips have good credentials too – after all, Angelo is famous for having said, “If you’re going to make a chip, it should be the best chip there is”. Chicken wings and baby back pork ribs are also on offer.