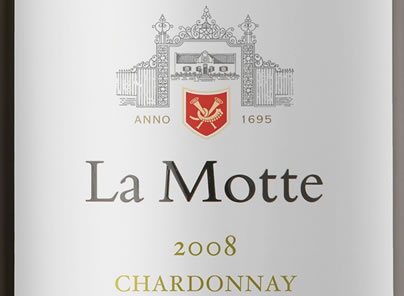 Judged by a panel of 300 international wine experts, the competition aims to recognise the worlds best Chardonnay wines by awarding reliable and representative medals.

The La Motte Chardonnay 2007 was released in June 2008, after two months in bottle maturation. The grapes used were all grown at the La Motte Estate in the Franschhoek Valley. La Motte’s winemaker, Edmund Terblanche, describes the wine as “showing a lot of complexity and evolving into layers of flavours without losing cultivar characteristics.”