Frankie Fenner Meat Merchants, Cape Town’s trendiest butcher, is teaming up with some of the city’s hottest chefs and restaurants to create inspired one-of-a-kind sausages. “We have a lot of fun,” says owner and butcher Andy Fenner. “You can pretty much take anything and turn it into a sausage!” 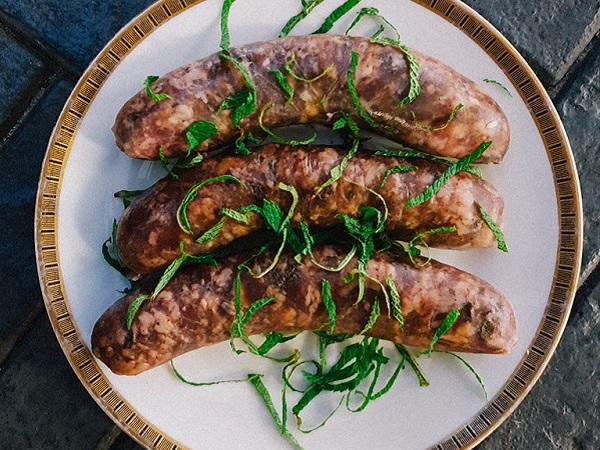 The Frankie Fenner team has paired up with some pretty exciting chefs for these sausage creations, with their latest effort being the quest for the perfect sausage roll. Their partner in crime is Colette Robert, of The General Store, who wants to ramp up the sausage featured in her normal sausage roll.

A post shared by Frankie Fenner Meat Merchants (@frankiefennermeatmerchants) on Sep 26, 2018 at 6:48am PDT

“The whole campaign is about fun, but the idea is to show people that sausage-making is a real skill and should be celebrated,” says Andy. “We believe sausages are overlooked as a category locally. They’ve been given a bad reputation by versions churned out by commercial retailers.” Other chef collaborations have included Ivor Jones of Chefs Warehouse at Beau Constantia, who created a sausage inspired by his travels to Vietnam; chef Wesley Randles of The Shortmarket Club (and soon-to-open The Commissary) with an Asian version of the cotechino sausage; and Jason Bakery’s Jason Lilley with a sausage version of his signature breakfast dish, ‘The Bomb’. (Toasted croissants are blitzed up and ground with smoked bacon, cubed emmental and various herbs to make the sausage, which Jason now serves on a croissant named the Inception Bomb!)

Looking to try these one-of-a-kind creations? The General Store sausage is currently in rotation and Frankie Fenner stores will bring others back into production sporadically. The next featured chef will be Andre Hill from Upper Bloem, who will work with FFMM to showcase local ingredients with cultural significance.

A post shared by Frankie Fenner Meat Merchants (@frankiefennermeatmerchants) on Aug 28, 2018 at 10:52am PDT

Want to make your own combination? You’re in luck: we’ve also teamed up with Andy and the FFMM team to put your sausage recipe skills to the test. The reader who comes up with the most banging banger out there will have their creation featured in-store at Frankie Fenner Meat Merchants! Head over to our Instagram page to enter.