MasterChef judge John Torode: The worst dish ever, tips for hopefuls and why the UK show is the best 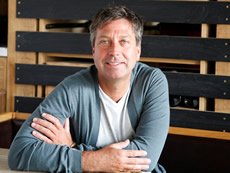 MasterChef UK’s John Torode is in Joburg for the Good Food & Wine Show this coming weekend. We chatted to him ahead of his demos to find out the worst dish he’s ever tasted, his tips for MasterChef hopefuls and which country’s version of the reality cooking show is the best.

Welcome to SA – is this your first time here?

I once flew in and out again, but yes, this is the first time I’ve spent any time here. It’s great – you guys have got sunshine and blue skies in the middle of winter. I even went for a swim yesterday!

Eat Out may be more of a restaurant guide than a cooking guide, but we’re also huge fans of MasterChef. You’ve been a judge now for 10 years. How have things changed in the MasterChef kitchen over that time? Does it feel like the quality of contestants is improving?

Yes, this is my eleventh year. In ten years the food scene in London has changed dramatically. In the whole of England – but in London the change is huge. There’s such a variation of different styles of cooking. 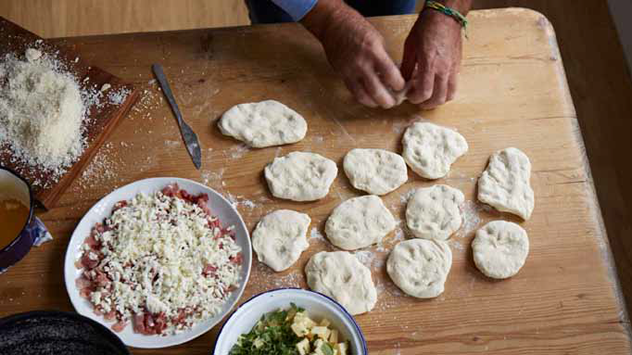 In the first-ever season of MasterChef our winner, Thomasina Miers, was doing Mexican. No one was doing Mexican at that stage. Now she’s got 16 Mexican restaurants in London. Then another of our winners, Tim Anderson – an American – was doing ramen noodles when nobody in the UK was doing it. He was really at the forefront. It’s the people that make the difference.

How do you feel about the other MasterChef shows around the world? Is there a friendly rivalry?

I think it’s great what they’ve done with the MasterChef brand – they’ve adapted it to the viewers around the world. I like the Australian version – but it’s very Australian. The Indian version is really entertaining; in Israel they’re really strict. Of course in France they’re just French. And the South African one is very interesting – full of interesting stuff. But mine is still the best.

Can you tell how things are going to end at the beginning of the competition?

You know, it’s amazing: after 10 years judging MasterChef, you see these cooks in the first couple of weeks, and you know who’s going to make it through to the final stages – and then the following week they’re knocked out. Some start slow and become amazing. So you never really can tell.

What tip would you give to someone hoping to make it in the MasterChef kitchen?

The new season of the celebrity MasterChef is showing right now in the UK, and we’ve got a guy who’s the first person to wear makeup the whole way through. The girls start out wearing makeup, and give it up. It’s too much work. But he’s kept it up the whole time!

He made a takeaway box for us with a burger, frozen chips that he’d cooked and a toy for us. I got a tiara. Those are the kind of people who go far in MasterChef – the ones who are thinking about more than the food. Food is not just about food. It’s about all sorts of things. 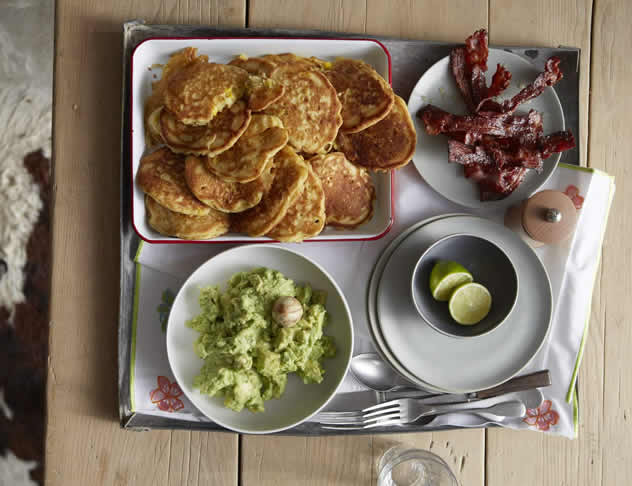 There’s often a good-cop bad-cop dynamic between you and Gregg. Do you ever come to blows over who should stay in and who should go out?

Gregg and I have a very interesting relationship; we don’t socialise. We’re the best work colleagues, but he hasn’t been to my house, and I haven’t been to his house. I think I’ve been in his car once. So we have completely different opinions.

I don’t think I’m strict – I have to be honest. If they really listen, they will get better. And you’ve got to remember that I’ve actually got to eat the food. The people at home just have to watch me eating it, but I actually have to eat it!

What’s the most disastrous dish you’ve ever had to taste?

You get stuff that’s undercooked, raw. I had one dish once that I said looked like a deer had thrown up in the woods. It was this liver poached in milk thing. It looked revolting!

The one dish that really sticks in my mind, though, was by a man who had grilled beef, dauphinoise potatoes and carrots. And one of the carrots had his teeth marks in it. So he had tasted the carrot, then put it back on the plate with all his saliva and teeth marks on it. Disgusting!

I’ve just finished a new book, actually. When I get back to London there should be a copy waiting for me. It’s called My Kind of Food, and it’s all the recipes that I love to cook, from roast chicken I cooked as a child to carbonara and great big pots of curry. It’s food I cook for my kids and family at home – not the food I do in restaurants.

You’ve also just been filming a new series in Malaysia. It sounds like there’s a lot going on! What was your first big break? How did you end up working in television?

There’s a lot of luck; I was in the right place at the right time. I started working at 17, and moved to the UK at 25. I was working hard in restaurants all the time. And one day there was a guy filming something in the restaurant for television. I said if you want someone to cook on TV I’ll do it, and from there I got the This Morning show (a morning staple of ITV in the UK). Then I stopped for a while and built a restaurant. By then, though, I’d opened up some of the biggest restaurants that London had ever seen. So I was always looking for the next thing. 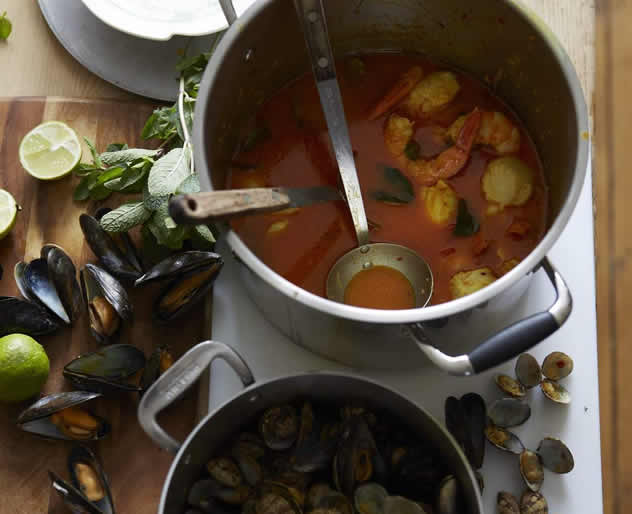 What will you be cooking up at the Good Food & Wine Show?

One of the dishes is the Sydneysider: prawn cakes with smashed avo and crispy bacon. There’s not much better than smashed avo, particularly for breakfast. There are lots of things I miss about Australian food. There’s also something about breakfast in Australia. You get up early, go for a walk on the beach, pop into your favourite café to get a coffee and then make breakfast. It’s really special.