Meeting Matt Preston: We catch up with the MasterChef Australia judge 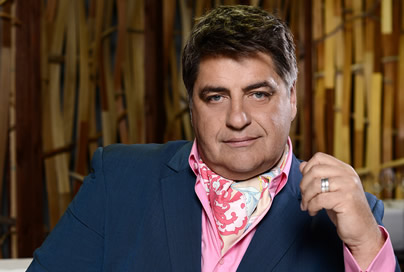 The sixth season of MasterChef Australia is better than ever. Katharine Jacobs caught up with one of its most-loved judges, legendary cravat-wearer Matt Preston, who’s in South Africa for the Good Food and Wine Show and to promote his new book, inventively named Cook Book.

At 1.92 metres tall and dressed in a purple blazer and lilac cravat, Matt Preston is hard to miss, even in the gloom of Truth’s vault-like interior, where we decide to meet for a coffee.

“This is fantastic,” exclaims the MasterChef Australia judge, noting the brand of cappuccino machine and the steampunk-inspired space. “I always treat these things as an opportunity to explore.”

We order – an espresso and a latte for Matt (“nice and strong”) – and, thus fuelled, we’re off. Our topics roam from artisan roast coffee (table-top roasters are a big trend in Oz at present) and great restaurants (Matt has just dined at Chefs Warehouse on Bree Street and is Liam Tomlin’s newest fan) to the zingy combination of passion fruit and olive oil that Matt first tasted at Coi in San Francisco and has translated into a spectacular bundt cake in the new book.

If you love a recipe, set it free

“Nothing is really new,” says Matt, in reference to writing recipes. “There’s a Nigel Slater recipe I was looking at for the book: a light dessert made with egg white and cream. But once you go back in time, you find another reference, and another one.” Research yielded a second version of this dessert going by another name, and a trip to Italy in June revealed Massimo Bottura’s ‘snowy path’ dish using the same technique. “There was a dish called snow drift in 1500 AD, and it’s essentially the same cream that Nigel Slater wrote about in 2004. The only difference is they put sprigs of rosemary in it, like pine needles.”

What comes out of all the extensive research, says Matt, is that you can never truly own a recipe – only pass it on. “You only own a recipe when someone else cooks it. If you, Katharine, make that snow drift, it will be Matt Preston’s recipe. But if you pass it on, it’ll become known as your snowdrift. It’s a weird thing: you can only own a recipe by giving it away.”

Matt speaks so knowledgeably and with such enthusiasm that I’m desperate to try his dressing of smoked mayonnaise with maple syrup, and a Nutella cake that tastes incredible, but “goes all weird and gnarled, a Peter Jackson horror story” when it cools. Several times we lose the thread of the conversation in our collective enthusiasm for white chocolate and mint, or what he terms “power salads”, like an orange, salt, honey and goat’s cheese salad he’s reinterpreted in the new book. “I’ve gone down a rabbit hole. Where were we?”

One of the hacks in the book: ice cream bread made with melted vanilla ice cream and self-raising flour.

Speak to the people

For Cook Book, accessibility was key, something that Matt learnt from writing a column for six of the big national papers in Australia. “When I started, I found myself trying to be a bit cheffy,” he explains. But it was a piece about cooking eggs and the resulting avalanche of positive feedback that made him realise it was the everyday dishes that people wanted to learn more about. “I started cooking stuff that was just the most delicious version of something I love”.

As a result, the new book features lots of tricks and hacks – and nothing that requires a thermo circulator. There’s also a dirty gatefold of guilty pleasures. “We set out to find the four ingredients that you really shouldn’t cook: spam, creamed corn, cheese in a jar and powdered mash potato. The spam was delicious.”

And Matt’s biggest dream? That people will cook from the book. “That’s been the coolest thing about Joburg. Meeting so many people who actually came along with their first cookbook, with the tags in it and bolognaise on the pages. There is nothing more exciting than knowing you put a recipe out there that becomes part of peoples’ lives.” 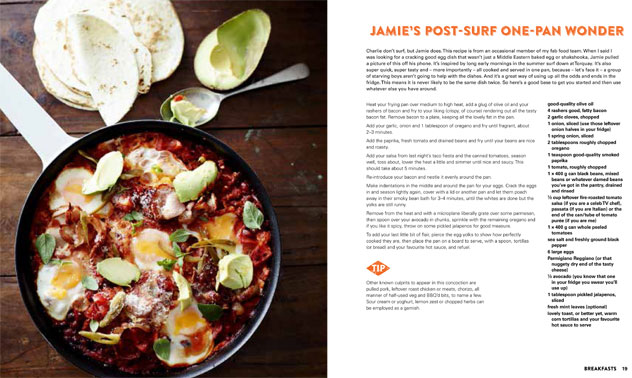 A one-pan breakfast, from the new book.

In South Africa, he’s making the most of the opportunity to try as many different dishes as possible. “I’ve had bobotie and loved it; biltong, loved it. I’ve also had a smiley.” [Less positive facial expression.] “I love insects and fish cheeks, but there’s something about the look of it; it’s so zombified!” He’s more complimentary of shisa nyama, koeksisters, boerewors rolls (particularly with 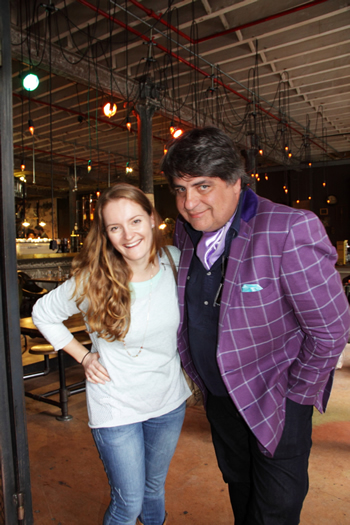 HP sauce) and ostrich, and says he’s tasted some delicious hard cheeses from Green Goose, and a great straw wine called Donkey’s Braai. “I’m sure in the book for 2015 there’ll be some recipes from this trip,” Matt says.

“The Good Food and Wine Show was great fun; though I did cock up a few things,” he laughs. “And the welcome has been really something. I was in Soweto last night and all these people were coming up to me; there was a guy from Nigeria in the airport last night. I’ve been blown away. It’s a really easy, comfortable relationship we have with the people who watch the show.”

The sixth season of MasterChef Australia

Speaking of which, how was it filming the sixth season of the incredibly popular reality show?

“Ah, it was my best series – for one simple reason,” says Matt. “We found some amazing cooks, and the food you’ll see is unbelievable.”

In the making of the previous series, explains Matt, the production team was concerned that the quality was getting too high, and there was a risk of alienating people. “So they went for home cooks… and it didn’t work.” In season six they consciously looked for great cooks, trawling farmers’ markets in search of adventurous shoppers. “I see you’re buying quail and kale. What are you going to make with that? Here’s an entry form,” mimics Matt. The higher quality of cooks also means that fans can expect more complex challenges. “We ask them to do a croquembouche with only a third of the recipe. And the result is unbelievable.

“It was great having guys like Heston [Blumenthal] and Marco Pierre White and seeing their reactions – ‘You’re a painter-decorator and you put up this’?” 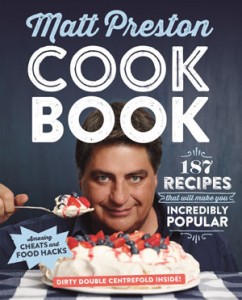 Matt Preston’s Cook Book, published by Pan Macmillan, will be available in all good bookstores from October.