Is In-N-Out Burger planning to open in SA?

There was a flurry of excitement on Bree Street, Cape Town, last week Wednesday as banners went up announcing an In-N-Out Burger pop-up at SMAK Delicatessen. Famous for the Double-Double, the California-based burger brand has over 300 restaurants in the US – but not much of an international presence as of yet. Curious burger fans quickly spread the word and queues stretched out the door. The team sold out ahead of the 3pm cut-off time. 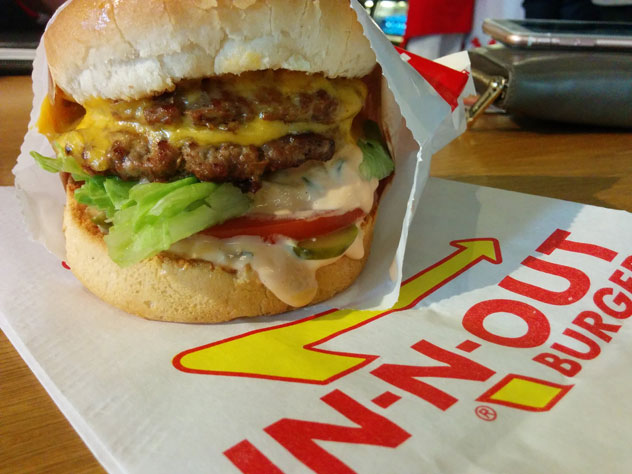 Considering the lack of publicity – a single ad appeared in a newspaper, of all places, the day before – it was a pretty impressive response.

But what does it all mean? Is In-N-Out planning on opening in SA?

Eat Out managed to track down Foreign Events Manager Eric Billings and assistant Brian Nakao. “Right now, there are no immediate plans to open in SA,” said Brian, “but because of the amazing response, we’ll definitely be back for more pop-ups.” 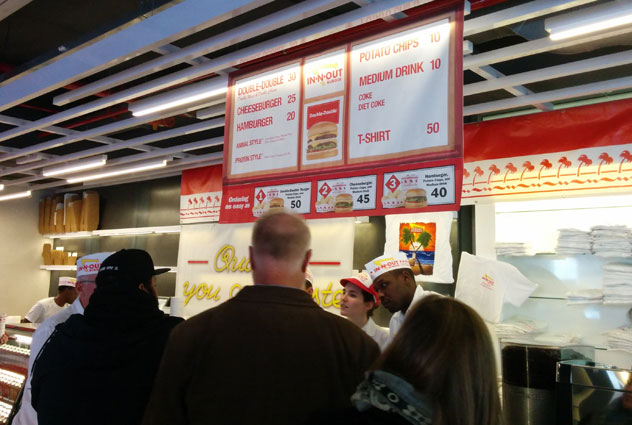 The counter at the In-N-Out Burger pop-up on Bree Street. Photo by Katharine Jacobs.

According to official PR for the brand, these one-day pop-ups are part of the brands overall strategy, and help the company to gauge the reception to the brand and what customers are seeking in each region. They’ve hosted events in Australia, Japan, the UK, Brazil and Indonesia.

For the Cape Town leg, they served only the signature burgers, with Lay’s crisps rather than the usual French fries.

After braving the queue, one of the Eat Out team nabbed a Double-Double, and can report that, flavour-wise at least, the experience is similar to McDonalds – a sweet, saucy, pickle-packed burger with two thin but tasty patties.

“It’s a beautiful city,” said Eric, “It’s been a blessing to be here.”

Might that be a hint we’ll see In-N-Out here again soon? We’ll have to wait and see.