New food trends: a peek into the future from the kitchens of our nominees 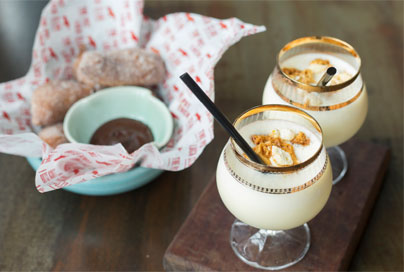 The nominees for our Eat Out Mercedes-Benz Restaurant Award are not the type to follow trends: they’re the ones making them. We asked some of the chefs to share what they’re experimenting with right now. From rare Japanese fruits to gourmet ice-cream sandwiches, these are the hot new ideas cooking in our nominees’ kitchens.

Fruit and vegetables are sources of inspiration for both Rust en Vrede’s head chef John Shuttleworth and chef Eric Bulpitt from The Restaurant at Newton Johnson. John reveals he has plans for a vegetable gnocchi made with yuzu – a Japanese citrus fruit that tastes of lemon, mandarin and grapefruit. We’re intrigued, to say the least! 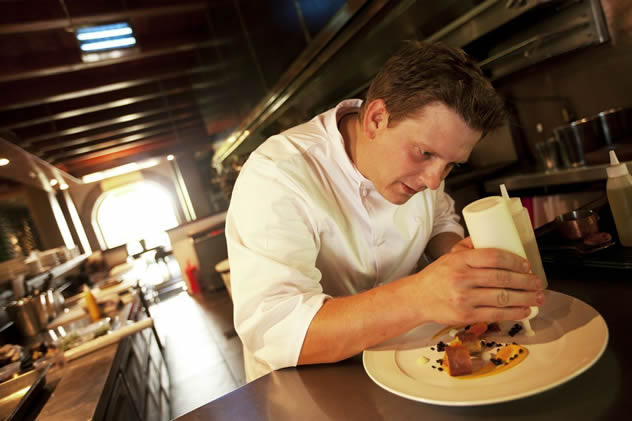 Eric aims for The Restaurant at Newton Johnson’s menu to be 90% organic by this time next year. What is he experimenting with? “We are using the age-old technique of open-fire cooking by slow-roasting vegetables in ash, overnight,” he reveals.

Chef patron at Overture, Bertus Basson, cites his recently built smoker as the main inspiration behind his popular new menu item – a tender, smoked pork rump. Apparently diners can’t get enough of this dish. Michael Broughton, head chef at Terroir, is another devotee of the smoking process. His current fixation is salt; “I love baking in it, curing in it, smoking it.” Then there’s Henry Vigar, chef-patron at La Mouette, who is experimenting with curing. “Specifically trout”, he says, “and also lightly cooking it with a blow torch, allowing the subtle flavour of the fish to be the hero with a hint of smoke.” 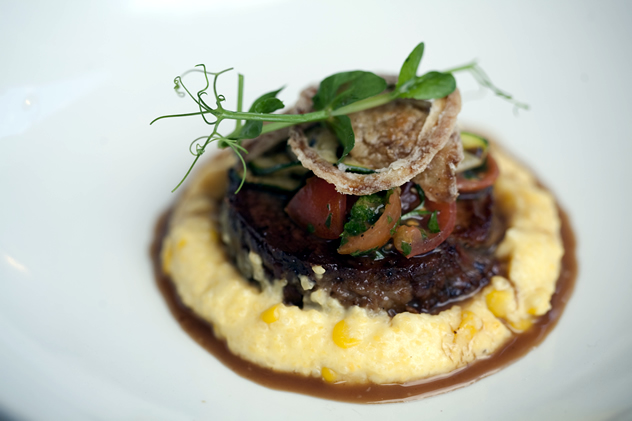 Smoky and salty flavours at La Mouette. Photo courtesy of the restaurant.

While she won’t reveal her secret just yet, Margot Janse, executive chef at The Tasting Room confesses that the kitchen is working on something rather special. “We are redefining our beverage offering with a surprise menu and stepping away from just wines,” she says.

Vanessa Marx, head chef at The White Room, is also taking a whole new approach to their beverage selection by experimenting with different beers. “We are playing around with fruit fermentation and using fruit offcuts like pineapple to make beer.” 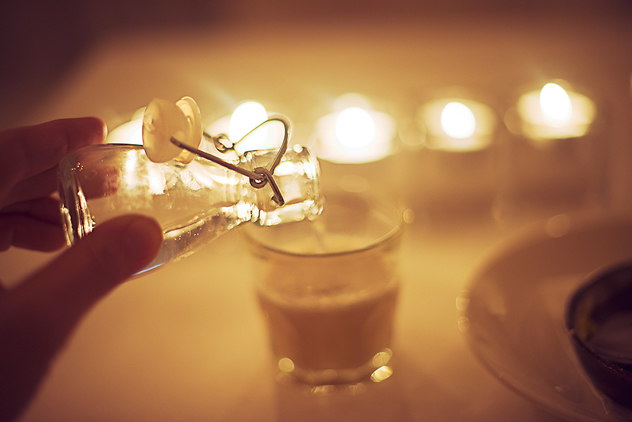 Fruit beers and unusual beverages at The White Room. Photo courtesy of the restaurant.

Rudi Liebenberg, executive chef of Planet, is an admirer of the cleaner flavours of raw food. “Raw food is unforgiving,” explains Rudi, “so we have to source the best quality ingredients which we dry, marinade, cure and pickle.”

On the other end of the spectrum, Makaron’s executive chef, Tanja Kruger, is all about exploring the relationship between food and emotional attachment. She is having a blast experimenting with sweet pastries and desserts. “We are out with the traditional petit fours and all in with the fun flavours of ice-cream sandwiches. They make you feel like a kid again.” Another playful dish is her Vienna sausage amuse-bouche, allegedly inspired by our 10 guilty pleasure foods article. We’re flattered! “We are not afraid to be who we are as a restaurant anymore so we are experimenting with everything,” she adds. 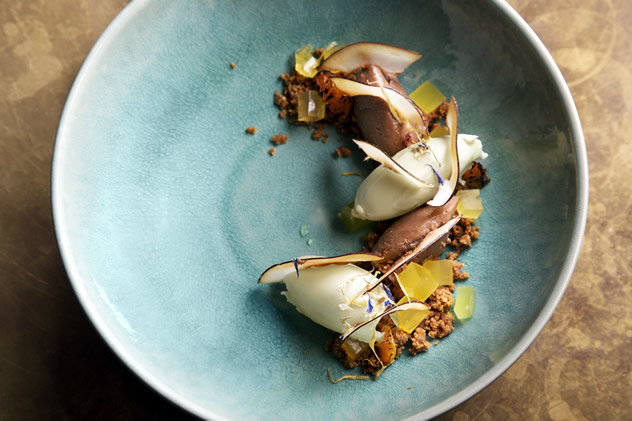 Executive chef of Restaurant Mosaic, Chantel Dartnall, explains that while their focus has always been botanical, she also likes her guests to have fun. “We are always playing with new tongue-in-cheek dishes, like our latest creation that we call Lucy’s Luscious Latte.” This playful dish is a combination of berry compote, fresh red berries, rose-infused creamy vanilla and white chocolate panna cotta – it even has its own video on YouTube.

What grows together goes together

Though the concept is still in its early stages, Peter Tempelhoff of The Greenhouse is intent on exploring the four corners of South Africa through its venison. “The idea is to express the region’s identity by pairing the meat with the predominant ingredient in the region as well as the distinguishing features of the area.” He explains further: “West is oryx, Kalahari sand and succulents; east is nyala, cane, banana and pecans; north is blue wildebeest, madumbi, baobab and tobacco; and south is springbok, fynbos, cape cluster and fig.” 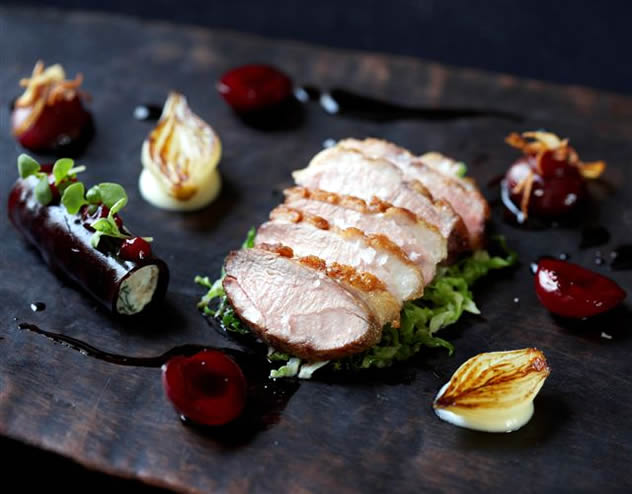 Food pairings at The Greenhouse. Photo courtesy of the restaurant.

Luke Dale-Roberts, owner-chef of The Test Kitchen and The Pot Luck Club, is breathing new life into the traditional palate cleanser with his innovative approach to sorbet. “I’ve made raw apple and lime sorbet and Japanese green tea and lemon foam. I’m also experimenting with plating by serving my sorbets in hollowed out balls of ice,” reveals the chef. Be sure to look out for dishes inspired by one of his new favourite flavours: coffee beans in their fresh berry form.