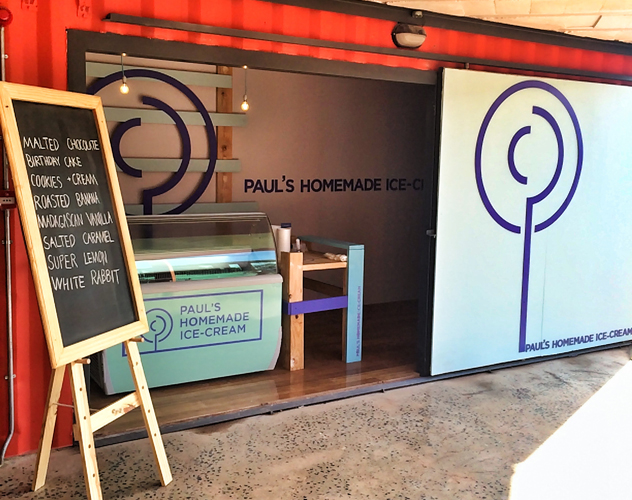 The new store for Paul’s Homemade Ice Cream at 27 Boxes in Melville. Photo by Paul Ballen.

In exciting news for Jozi ice cream lovers, Paul’s Homemade Ice Cream opened up its first retail store this weekend at the new 27 Boxes development in Melville. And wait ‘til you hear what new flavours they’ve been trialling.

“The new space allows us to be a bit more experimental,” founder Paul Ballen reveals. He’s not kidding: this past weekend the team experimented with a roasted banana and Nutella flavour; a malted chocolate ice cream; and a birthday-cake flavour with homemade cake batter mixed into the custard base, and some brightly coloured sprinkles.

They’ve also created a white rabbit flavour using those iconic milky Chinese sweets. “Well, we start by unwrapping hundreds and hundreds of sweets…” quips Paul. The sweets are then melted in the base, which is blended and strained before being churned. “It’s quite a process!” 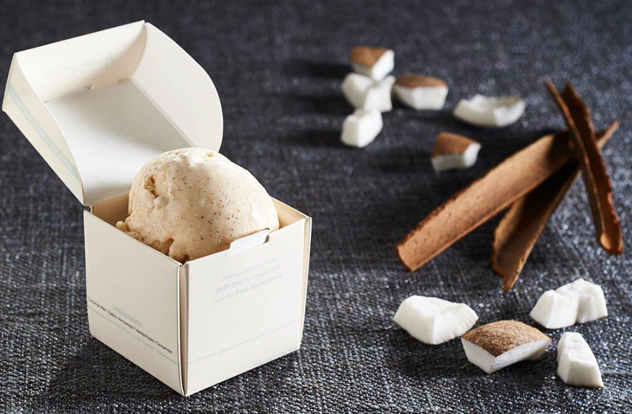 For now, ice cream is for sale by the scoop – R25 for one scoop or R35 for two – but Paul explains that they’ll develop their offering as needed, and may look at expanding to add seating in the future.

Visit Paul’s Homemade Ice Cream overlooking the amphitheatre in the 27 Boxes Centre in Melville from 11am to 4.30pm Tuesday to Saturday, and from 11am to 2pm on Sunday.