For many of us, the idea of cooking with tallows (rendered beef or mutton fat) might be a new concept. For Tinashe Motsi, who grew up in Zimbabwe and came to South Africa in 1994 to study a B.com, it was a familiar – even old – idea. An idea, it now turns out, whose time has come.

Not only did a range of rendered animal fats – produced by Tinashe’s company, Melfort – win the innovation award at the 2014 Eat Out Zonnebloem Produce Awards, but animal fat as an alternative cooking medium ties in perfectly with the current banting/paleo diet craze that has swept SA.

It all started about two years ago when Tinashe made the decision to change his lifestyle according to the paleo principles of a low-carb, high-fat diet. “I was looking for an alternative cooking medium to hydrogenated vegetable fats, a way to get more saturated fat into my diet,” he explains. “I remembered that my grandparents used to render their own animal fat, and decided to try it for myself.” At first, he only produced tallow for his family’s consumption, with a gift to or a request from a friend here and there. 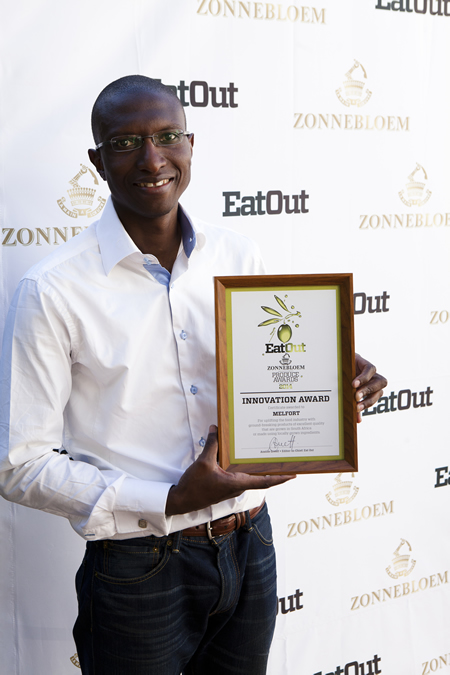 The real moment of genesis was when his young daughter drew a label and pasted it onto one of the bottles. “It was then that I realised that we could sell this to other people who are also looking for cooking/diet alternatives.” Tinashe started bottling his tallows and went around to stores and delis, looking for a market, with the popular Braeside Meat Market (also a previous Eat Out Produce Awards winner) in Johannesburg being one of his first takers. Next, he gained a partner in Futhi Nhlengethwa, who now runs the day-to-day operations based in northern Johannesburg.

Things grew slowly from there, but really started to pick up in 2013, when Tim Noakes’s Real Meal Revolution hit South Africa. “We’ve found that there’s a growing interest in the product; people are more open to hearing about the benefits of saturated fats.”

But how to use these tallows, which are still a foreign concept to many South Africans? Tinashe believes these fats can be used as you would vegetable oil. “The tallows perform very well under heat, and furthermore, we find that they really add depth of flavour to whatever you’re cooking – without interfering with the flavour of the principle ingredients.”

So, for example, if you’d like to cook a breakfast of scrambled eggs, using one of the fats will ensure a much creamier finish. “But you can use it for almost anything: for deep-frying, for soups and stews, in baking … We’ve even had a customer admit that she uses it as a night cream on her face. Each to her own!” he laughs.

At the moment, the Melfort range consists of beef, lamb, duck and pork tallows. All the fats are sourced from butcheries that work with free-range and grass-fed animals. Tinashe and Futhi believe this to be the ethical choice as well as the best route in terms of quality and flavour. “We try to work with as pure a product as possible,” Tinashe explains.

After sourcing the fat, the process is very simple, if somewhat time consuming. “We mince the fat, then we open-kettle render it, which means that we boil it at a very low temperature for a very long time, until it reduces in its own heat.” Next, the tallows are bottled, sealed and out they go. 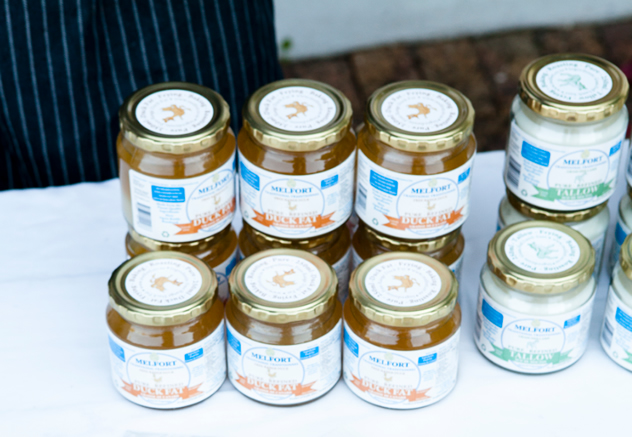 “We do not add anything,” Tinashe emphasises. The product is unbleached and preservative free, and to round it off, the fats are also packaged in sustainably produced glass bottles.

What’s next for this innovative group? Melfort is set to expand: “Up until now it has been a fairly domestic operation, with all family hands on deck,” says Tinashe. “Now we’re planning to open a full-scale factory in Midrand by July. If we get it right, I feel there’s much that can be achieved. We’ve also been testing the beef tallow with one or two restaurants. We plan to push the hospitality side of things now.”

In spite of their success and the possibility of significant financial gain, Tinashe emphasises that Melfort’s main goal remains a focus on health. For his own part, the low-carb high-fat lifestyle has changed his life. Apart from the benefit of shedding kilos, he extolls the mental vitality and energy the lifestyle bestows.

“We would really love people to have more healthy options. We’d like to provide them with alternatives, so they can make better choices in order to improve their quality of life. We would even be happy if there were tallows from other players on the market, if we could get to the point where you could buy these fats in any supermarket.”

At the rate Melfort is growing, that day might come sooner rather than later.

Find out more about Melfort on their website www.melfort.co.za. See all the 2014 Eat Out Zonnebloem Produce Awards winners here.