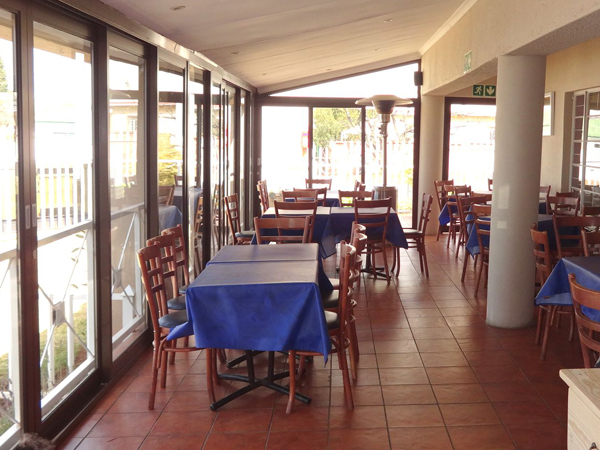 Diners are swept away to France by the sublime cuisine of chef Robert Baxa at Les Délices de France in Johannesburg’s western suburbs, says Jodi-Ann Pearton.

This little gem of a restaurant is hidden in an old house converted by chef-patron Robert Baxa in Florida North. What the establishment lacks in the finer points of décor it makes up for in some of the best French cuisine outside of France.

The menu give patrons an excellent selection of classical dishes to start with, such as cuisses de grenouilles à La Provençale (traditionally prepared frog’s legs) and escargot (snails) for the more adventurous, to French onion soup and crisp classical salads for the more reserved.

Mains are varied, well sized and beautifully presented; you might feel as if you’re dining in a true French bistro in Lyon or Paris. The ingredients are procured with care, as demonstrated by the chef announcing that no sole would be served on the night as he refused to offer anything that was not perfect. 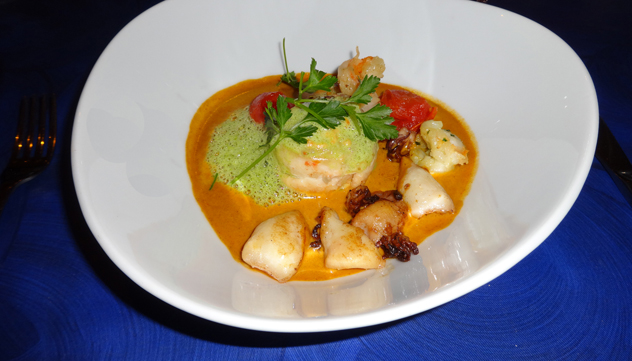 French classics such as tripe, steak tartare, duck confit and chateaubriand are standard offerings, and the chef’s list of specials changes on a daily basis depending on what his suppliers have available. Every dish is sublime, classically prepared and cooked to perfection.

Dessert is another whole journey – and one not to be missed. Sink your teeth into velvety crème caramel or the most decadent chocolate mousse imaginable, set on an almond base. Then there’s an entire page dedicated to soufflés! If you just can’t decide, try the assortment platter of desserts, which features small bites of the chef’s choices that night.

Until recently, the establishment did not have a liquor licence, but now Les Délices de France has a wine list of which to be proud. Most of the offerings are French, including Champagne, ciders and a selection of appealing whites and reds. There is also a well-considered selection of local wines to suit most budgets. It’s an exciting exercise to go through the list and explore the wine regionally before making a final decision. Ask the chef for advice; he’s often to be found interacting with his guests.

The service at Les Délices de France is excellent. Booking is quick, painless and efficient, whether done online or telephonically, and all staff are incredibly pleasant, right from the security guard at the gate to each and every waiter you meet. All food is turned around efficiently, and the team works together professionally to ensure that no table is left unattended, but without interfering with your experience.

The restaurant is often full of European diners, giving you the feeling of being in a French café as the dialects sweep across the room. The converted house has a closed-in patio, which is rather rustic and not quite finished off. There is art on the walls and moody lighting, but plastic tablecloths, no music and unlit candles. At first it’s all a little confusing, until all the pieces of the puzzle fit together and you’re swept away to France by the sublime cuisine and wine, and brilliant chef. 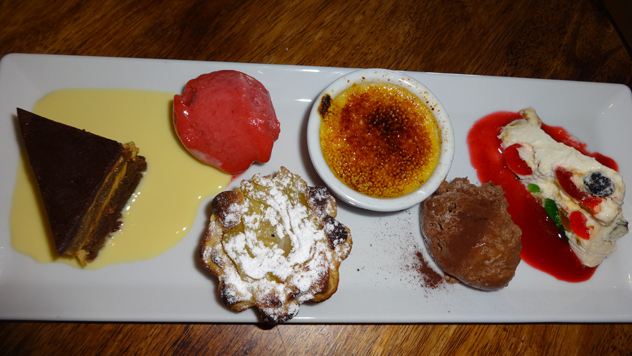 The food will have you coming back for more. The soufflés and macarons are not to be missed, and do treat yourself to some lovely old-world French wine.

Eat Out reviewers dine anonymously and pay for their meals. Have you dined at Les Délices de France recently? Let us know what you thought by writing a quick review.