Say what? Managing noise and music levels in restaurants 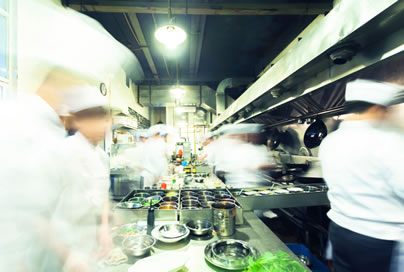 What a restaurant sounds like is a big part of its character. Music and noise are responsible for atmosphere and how patrons feel when inside, but it’s important to strike a balance. How much hubbub is too much?

Serial restaurateur Thomas Hughes, along with business partner Martin Jakoby, has set up and run several popular restaurants and venues in Johannesburg, including new Mexican restaurant Perron and The Griffin in Illovo, and are just days away from opening their steampunk-inspired gastropub The Steamworks in Fourways.

“Music is so important in creating ambiance in a restaurant,” says Thomas. “We play music that is relevant to the time of the day and spend a lot of money on buying quality equipment. If you have quality equipment, you don’t need to play the music very loud. If you get the balances right, you end up not disturbing your neighbours and not having people shout at each other.”

The right music and vibe can become part of the business’s viability too. Tashia and Ryan Harduth are the new owners of Wolves Café and The Good Luck Club on Corlett Drive in Johannesburg. They took over from the original owners on 1 May 2014 and are cognisant of the need to maintain the feel of both venues, especially as they have a very loyal young customer base and Wolves has developed a reputation for supporting local music through live performances and CD sales.

Tashia explains, “[Music] is part of the culture of the place. People come here for a certain vibe, but we also have a lot of people who work here during the day, and we try to accommodate them as much as possible.” 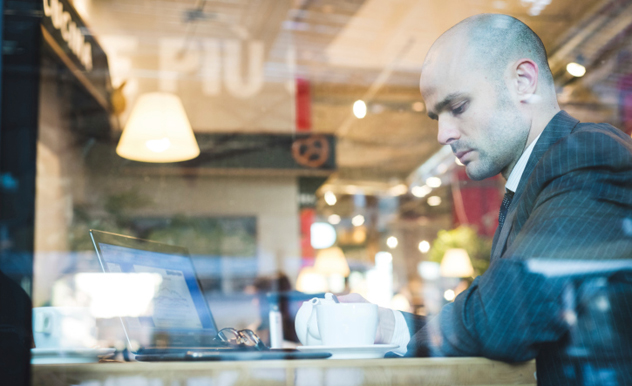 Thomas admits that he and Martin have sometimes learnt the hard way when it comes to managing noise levels. “We had problems in Melville and we’ve had the same challenge at The Griffin, where we have low ceilings and hard surfaces – nothing to absorb the noise,” he says. Because sound waves reflect off hard surfaces and can “collect” in corners, noise can build up and have a knock-on effect, causing patrons to speak louder.

“We had complaints from surrounding flats, and have had to sound-dampen The Griffin, which cost us a huge amount of money,” Thomas adds. Dampening means incorporating soft materials like curtaining, tablecloths and cushioning to absorb sound. Alternatively, an industrial solution could involve changing walls and ceilings, and adding panelling.

Call in the professionals

“[This is] where restaurant designers really earn their money. They consider the surfaces, the height of ceilings, the floor surface and deduce from there what is needed to control the amount of sound. You could save yourself loads, and these things can serve a dual purpose – looking beautiful and absorbing sound,” says Thomas.

Shaun Munro is the executive chef at Southern Sun Elangeni & Maharani in Durban. He too believes noise is a huge factor, “as it can either ruin or add value to a meal experience”. In his opinion, “You should be able to have a conversation without having to lean across to be heard.”

Shaun adds, “The design of a restaurant must always be considered. It’s not only about a good sound system, but the design of the restaurant has to be fitting. It is best to get a restaurant sound specialist to guide and direct you in all this.”

At the hotel, Shaun takes his cue from the time of day, with programming set up to match the music to the changing light. He also encourages chefs and restaurateurs to experience their own venues from a guest’s perspective, adding that “not enough chefs put themselves in the shoes of the guests”.

Thomas says that would-be and new restaurateurs need to consider the balance between profit and sustainability: “It’s no good if you can squeeze your margins and turn over huge amounts of money, but you know you are disliked by your neighbouring residents, your fellow restaurants and businesses.”

Subsequently, his kitchen staff do noisy prep – like blending and ice grinding – ahead of opening time. If they have to blend during open hours, staff use cloths over the blenders to reduce noise. Also, high-end equipment (like top-range espresso machines) makes less noise than cheaper versions.

The Griffin has had to take a very proactive approach, giving managers’ cell numbers to the neighbours and trying to act swiftly when complaints come in. “It’s just like the service in a restaurant. If you avoid a problem, it makes the problem even bigger,” he says. “If [customers or neighbours] give us an opportunity to act on it, we do.”

What are your gripes when it comes to noise in a restaurant? Let us know what you think in the comments.