See the 2014 Eat Out Zonnebloem Produce Awards in video 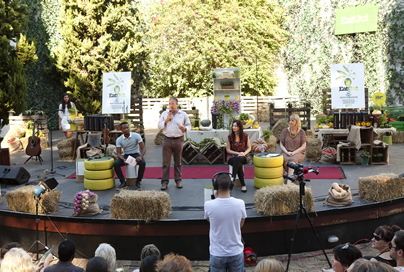 The 2014 winners of the annual Eat Out Zonnebloem Produce Awards were announced at the sun-drenched Stellenbosch Slowmarket on Saturday 12 April. A passionate, food-loving crowd flooded the gardens and grounds to celebrate outstanding, independent South African food producers, markets and outlets.

The judges were blown away by the quality of produce this year. Nominations were received from the public earlier in the year and the qualifying nominees were tasted by Anelde Greeff (editor-in-chief of Eat Out), Abigail Donnelly (editor of Eat Out and group food editor of Woolworths TASTE), Jackie Cameron (award-winning chef at Top 10 restaurant Hartford House), Deena Naidoo (winner of MasterChef SA 2012) and Vanessa Marx (award-winning chef at Dear Me).

Check out this short video of the action: