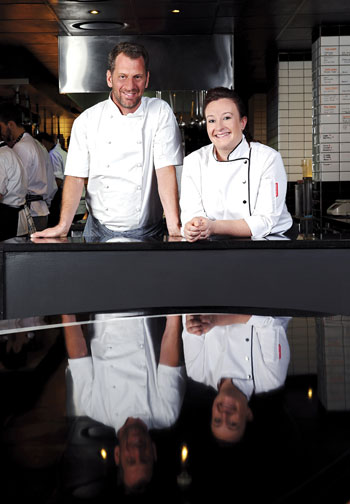 It’s true, Jozi foodies: the Luke Dale-Roberts pop-up restaurant at The Saxon is to become a permanent restaurant as of May this year. Those of you who’ve been keeping up with the recent ventures of The Test Kitchen chef will have read the reviews and news of the opening of Naturalis in Woodstock, The Test Kitchen pop-up at The Saxon in Sandton, and soon-to-be-opened The Shortmarket Club in the Cape Town city bowl – and can now eagerly await his first official restaurant in the city of gold.

Luke, who’s looking forward to the opportunity of sharing his culinary skills and signature restaurant experience with Johannesburg, says, “Obviously the expectations have been very high with the pop-up in Johannesburg. But, to be honest, I’ve absolutely loved the energy here. The guests are excited to be here, they’re chatting to people at other tables. It’s a space that’s fun, filled with energy and shared excitement.”

The pop-up menu was reviewed by the Eat Out team and featured the likes of creamy pea mousse with morel mushroom jelly; pickled walnut and wafers of toasted brick pastry; wagyu beef carpaccio; flash-grilled salmon with Korean chilli; lamb tataki with pickled enoki mushrooms; and rhubarb-and-strawberry salad with real clotted cream. Luke and his team at The Saxon, headed up by Candice Philip (formerly of David Higgs’s erstwhile restaurant, Five Hundred), are already planning the seven-course autumn menu for the restaurant, and will also be working with the gardener on the hotel premises to bring the freshest produce to the table.

The existing space, which had previously housed Five Hundred, will close at the end of March for an extensive refurbishment to re-open with the name Luke Dale-Roberts at The Saxon at the beginning of May. Diners can expect a completely new design aesthetic by the hands of Sandalene Dale-Roberts, Luke’s interior designer wife. Much like that of The Test Kitchen, the space is set to be transformed into a modern room embracing the South African aesthetic. 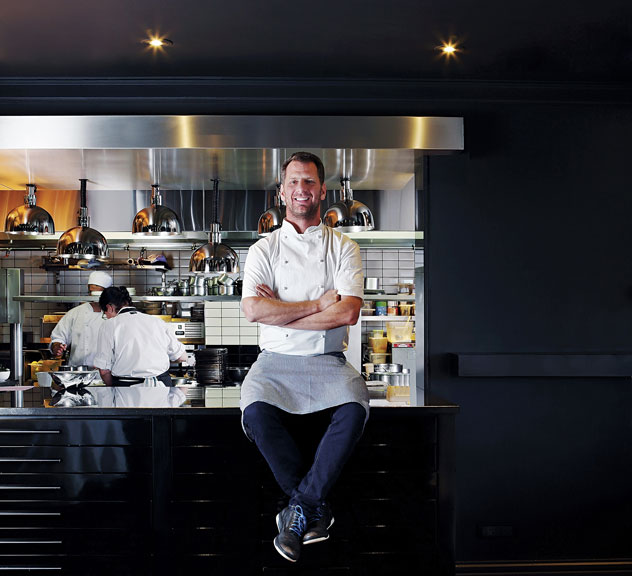 Says George Cohen, Saxon Hotel, Villas & Spa managing director, “I’ve personally been a longstanding admirer of Luke’s cuisine and so the initial conversation and idea around The Test Kitchen pop-up in Johannesburg was welcomed with great enthusiasm. What we’ve tried to achieve with this collaboration, and the overall Saxon dining offering, is to bring newly inspired culinary concepts to Johannesburg. With the success of the current pop-up restaurant, the decision to create a permanent dining space with Luke Dale-Roberts continues the Saxon philosophy of offering unique guest experiences.”

Luke Dale-Roberts at The Saxon will open on 5 May for dinner from Tuesdays to Saturdays. Bookings will be essential. The seven-course tasting menu is priced at R1 330 for seven courses or R2 100 with wine or tea pairing. To book your spot, call 011 292 6000 or email tablereservations@saxon.co.za.