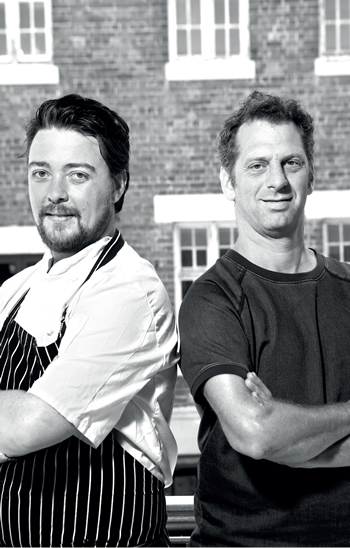 The Test Kitchen by celebrated chef Luke Dale-Roberts has been named Restaurant of the Year at the 2015 Eat Out Mercedes-Benz Restaurant Awards. This is the Woodstock restaurant’s fourth consecutive year at the pinnacle of the Top 10.

There’s just no denying the brilliance of The Test Kitchen. Not only has it stayed at number one for four years, with a waiting list many moons long, but it has enjoyed international recognition too, being named the number 28 restaurant in the World’s 50 Best Restaurants earlier this year.

The best way to dine at our Restaurant of the Year is to take a culinary journey through one of the discovery, gourmand or vegetarian menus, paired with wine or tea. The atmosphere is refreshingly relaxed, yet buzzing with excitement each time a dish is brought to the table.

Chief judge Abigail Donnelly said, “Creativity, talent, innovation and oh, the food! This is what places The Test Kitchen at the forefront of South African dining.”

The Test Kitchen was named the number one restaurant in South Africa for the fourth consecutive year at the 2015 Eat Out Mercedes-Benz Restaurant Awards on Sunday 15 November at SunExhibits Centre at GrandWest. See the full list of winners here.