Our third nominee for the 2015 Boschendal Style Awards is the new kid on the diverse Braamfontein block, Mr Big Stuff, owned by the team behind Wolves Café and The Good Luck Club. Angie Batis Durrant, her husband Shane Durrant, and Shane’s brother Craig Durrant have created a playful yet stylish eatery for the Joburg food scene. Here’s why Mr Big Stuff deserves its nomination.

The idea behind this eclectic space came from the team’s dream to start a diner-style takeout joint unlike any other. Explains Angie: “We wanted the space to have a fun, quirky feel to it, like something that you would happen upon on the streets of Tokyo.” While it’s Japanese-inspired in terms of décor, energy and atmosphere, the menu offers American-style dishes. 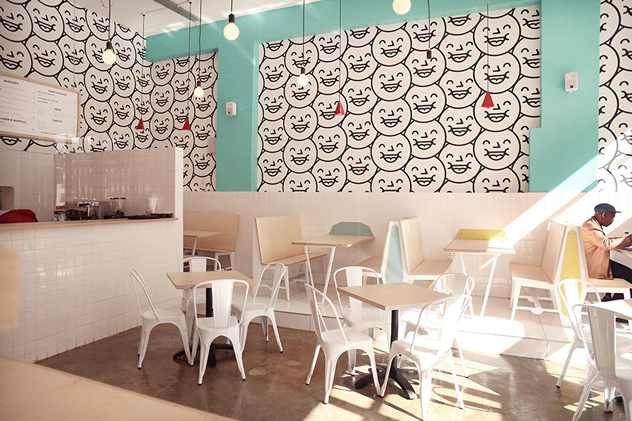 The interior at Mr Big Stuff. Photo courtesy of the restaurant.

When it came to the interiors, Angie, Shane and Craig wanted to make sure that every feature was something guests wouldn’t have come across before, from the pastel-coloured booths and wooden menu box to the smiley-faced wallpaper – all of which were made from scratch.

The eatery’s bespoke furniture was designed and made by Douglas Bower, and illustrator, designer and artist Daniel Ting Chong developed the brand’s quirky identity.

The ice-cream-coloured walls and unique cartoon-like wallpaper combine with white tiles and pale wooden tables to make for a space that is exciting but still calming to the eye. 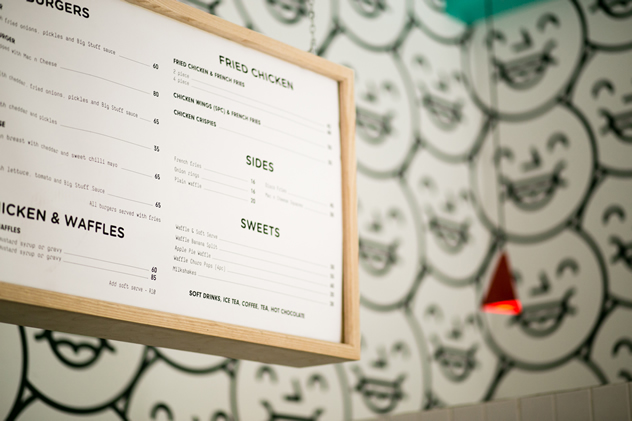 The menu at Mr Big Stuff. Photo courtesy of the restaurant. 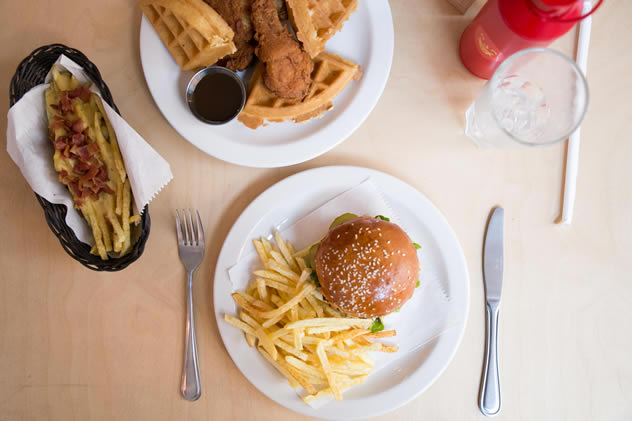 The food at Mr Big Stuff. Photo courtesy of the restaurant.

Does Mr Big Stuff have what it takes to win the 2015 Boschendal Style Award? We’ll find out at the 2015 Eat Out Mercedes-Benz Restaurant Awards on 15 November. Stay tuned to see our other nominees.