Last month we reported that The Shortmarket Club‘s chef Wesley Randles and business partner Simon Widdison were set to take over the Outrage of Modesty space in Cape Town to open a new, pared-down restaurant under the mentorship of Luke Dale-Roberts. The new venture, named The Commissary, will be opening its doors in the loft area alongside The Shortmarket Club on 1 November. 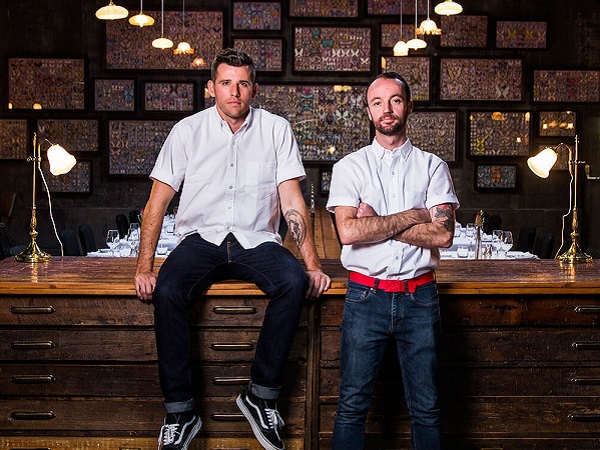 The cutting-edge eatery will take on a food-market concept that The Shortmarket Club chef team will head up six evenings a week. “A commissary is a basic provisions store which you’ll find in the army, hospitals and prisons – and while we definitely won’t be serving prison fare, we’re taking things back to basics in a big way with our new dining venture,” says Wesley.

The Commissary will be under the same roof as its sibling inner-city eatery, but will have its own nondescript street-level entrance, with a no-reservations policy. “I wanted to create something that really epitomises getting back to basics – it’s a no-reservations restaurant, there’ll be communal tables in an open-plan space, there’ll be music playing and a busy atmosphere. We’ll be serving food on eco-friendly, disposable plates and the most basic cutlery – it’s a cool, no-frills atmosphere with small plates, flavourful food taking centre stage”, adds Wesley. 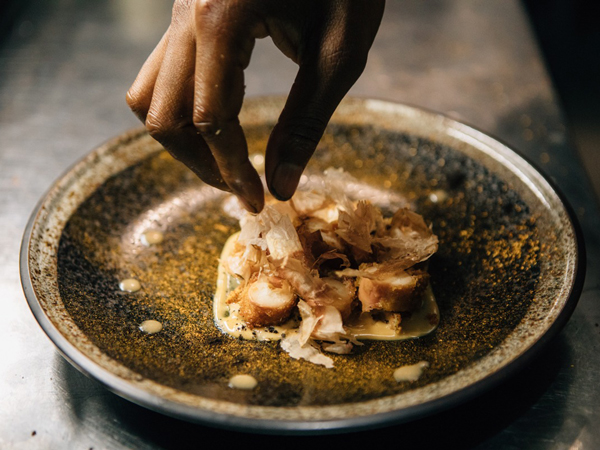 The octopus at The Shortmarket Club. Photo courtesy of the restaurant.

The new space will seat 45 diners at a time and have a busy, convivial atmosphere with interior designs being handled once again by Sandalene Dale-Roberts. “I wanted to really ramp up the space with colour; it’s the kind of concept that allows for it. Food markets have taken the world by storm and we also wanted to reflect that style of dining and entertainment – you’ll find communal tables with built-in lazy Susans, and I’ve also designed chairs that have been printed with pattern and colour.”

As for the food? Wesley and the team are keeping pretty tight-lipped about this one but have hinted at a small-plate menu with a street food influence.

The news of The Commissary comes hot on the heels of the announcement of another new fine-dining concept under the Luke Dale-Roberts name. Salsify, located at historical landmark The Roundhouse in Camps Bay, Cape Town, will open in October with chef Ryan Cole at the helm.

The Commissary will be located at 88 Shortmarket Street and will be open for dinner from Monday to Saturday from 5pm until 10.30pm.