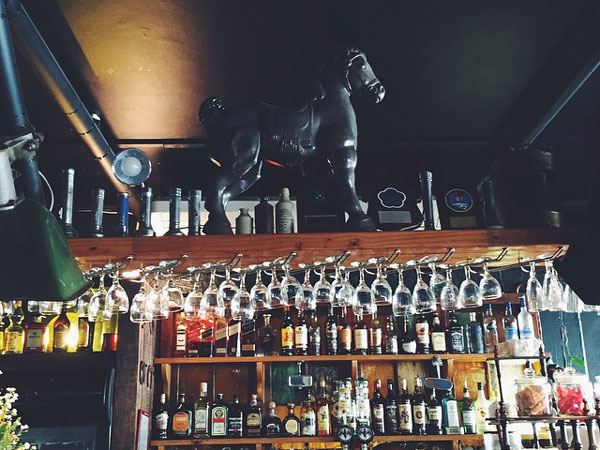 Pretorians love to drink almost as much as they love their beloved Bulls and a braai. Although the capital-city drinking style traditionally lays heavily into beer, cider and shooters territory (no judgement here), there are still some places out east where cocktails flow freely. Here are some of our favourite places to grab a drink amongst the jacarandas.

Within stone’s throw of the iconic State Theatre, and next to the Market @ the Sheds, this gem is a cornerstone of the inner-city revival. Owned by the boys who brought the city Park Acoustics and its other favourite dedicated beer house, Capital Craft, this emporium promises good beer and an even better party. They have a variety of beers from around the continent, such as Sibebe premium lager from Swaziland and White Cap and Tusker lagers from Kenya. The extensive outdoor courtyard is perfect for hosting DJs, live jazz, indie rock bands and even weddings.

Nestled in the Harlequin’s sports club, Baraćas is one of the oldest pubs in Pretoria. Locals flock to enjoy the legendary burgers and beers – although we do recommend their delicious creamy mussel pot – and a constant revolving door of specials that change up frequently. What makes this place a particular favourite is that it has three distinct sections catering for all social types, whether you want to enjoy the outdoors at large wooden tables, relax on sofas and watch sports, or drink shooters at the massive indoor bar.

The Monster Burger!!!! Are you brave enough to try it today?? We have a DJ from 14:00 and will be showing the game at 16:30!! Then the party continues till we close!!!! Come hungry and ready for great night!! #monsterburger #burgers #hamburgers #foodporn #sarugby #springboks #southafrica #baracas #drinks #friends #pretoria

If you’re looking for something a little hoppy yet left of SAB, then look no further than this fine little establishment next to a statue of Poseidon. You can fill up on around 14 imported European craft beers, most of which you will never even have heard of, let alone tried before. Tempted with names like Lucifer and flavours like the cherry-infused Kriek, who wouldn’t want to give the 100ml tasters a go? A big side bonus is that the food goes down pretty well, too, such as the gooey bacon-wrapped baked camembert with lashings of sweet and tangy cranberry jelly, and, of course, Belgian waffles. Best you treat yourself. 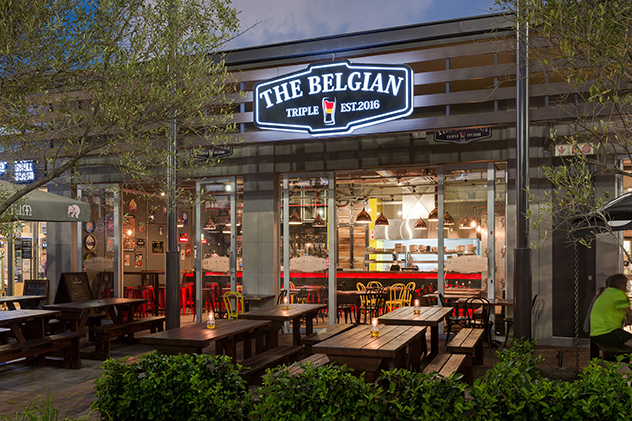 When you have a bar that’s associated with Louis XIII cognac (which retails around R50 000 a bottle) you can bet it’s going to be exclusive. The Globe even has a whisky, cognac and wine club – need we say more? The crowning drinking jewel of the new Sun International Times Square Casino complex, which is also home to Forti Grill & Bar (which was highly commended at the 2017 Eat Out Mercedes-Benz Best Everyday Eateries), is housed in a giant glass sphere. It’s the perfect place to take your boss if you’re looking for a promotion. And with these drinks, dripping with mixology prowess, you’re going to need that promotion to afford it. Worth it!

Every town needs its resident cool-kids bar dripping with bearded boys, restored parquet finishes, hanging plants and tonnes of character. Lucky’s (as the locals call it) has all this in spades, with incredible milkshakes and hotdogs to boot. This spot has grown into something of an institution for the young and laid-back since the culling of the student square days of Hatfield. (R.I.P Dropzone, you are still missed.) It is also a firm favourite for Afrikaans rockers’ side-hustle booze brands, so make sure to grab a shot of Jack Parow’s brandy or Fokofpolisiekar’s Dagdronk blonde ale while you’re at it.

Nothing says fun quite like inflatable swans in an infinity pool on a balcony overlooking the city. Summit is the perfect place for those who wish to eat oysters topped with smoked salmon, rocket, wasabi mayo and ginger, as they while away the sunset hours. Although there are a few of these dotted around the city, the newest one near Menlyn gets particularly pumping thanks to resident DJs on Fridays and Saturdays. Bonus points for the extensive wine and whiskey menu. (We dare you to order the Screaming Multiple Orgasm cocktail with a straight face.)

Same Same but Different Preview of our November Cocktail of the month in both a solid and Liquid Form. Watermelon, Basil, Pepper #samesamebutdifferent #Cocktail #November #fabbri1905 #SummitSignatureCocktail