What’s cooking on Masterchef SA Season 3: a new judge, a celebrity edition and when to catch up 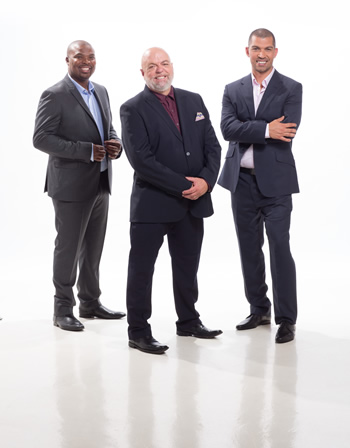 The judges of Masterchef SA.

It’s just over one week until MasterChef South Africa Season 3 kicks off. Tune in to M-Net (channel 101) on Thursday 21 August at 7.30pm to meet this year’s new contestants and find out what the season has in store. We’re excited to see 2005 Eat Out Chef of the Year and prolific restaurateur Reuben Riffel join two of last season’s judges, Benny Masekwameng and Pete Goffe-Wood, in the ring.

The new season, which follows a slightly different format to the previous two, promises exciting new destinations and professional guest chefs – both from within SA shores as well as international cooking legends. “We’re talking Michelin stars and mouthwatering creations galore,” say the show’s creators, who won’t be revealing any more details until the show starts. The focus, however, remains on unique, seasonal and original ingredients.

Every episode will be available on DStv Catch Up immediately after it airs every Thursday night, with repeats on Fridays at 8.30am, Saturdays at 2.30, Sundays at 12 noon and Thursdays at 7.30am (before that night’s new episode).