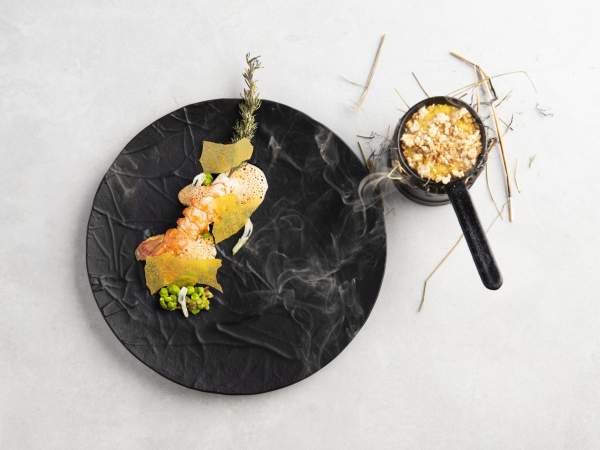 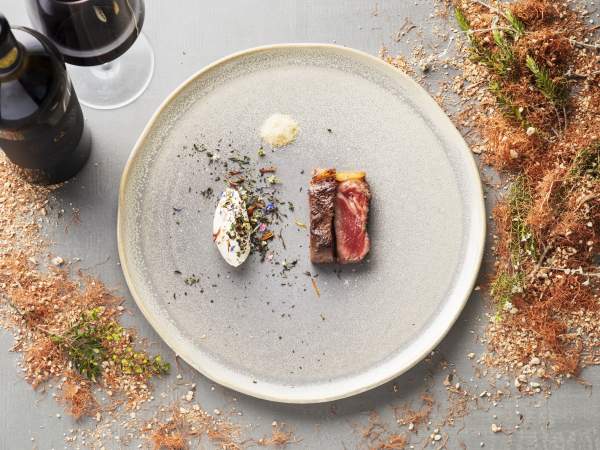 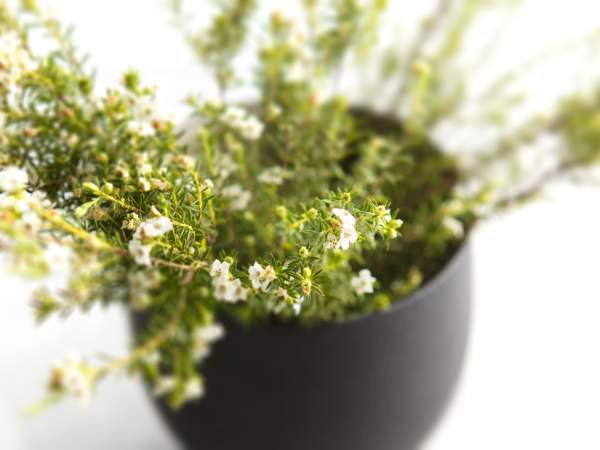 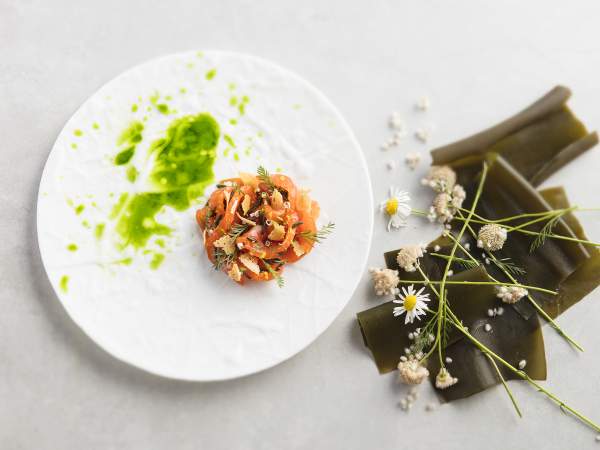 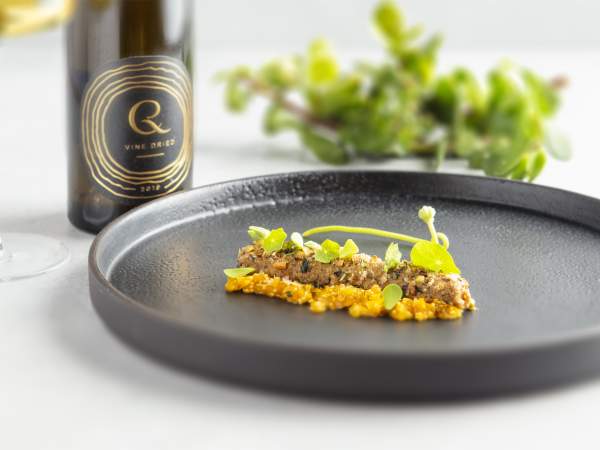 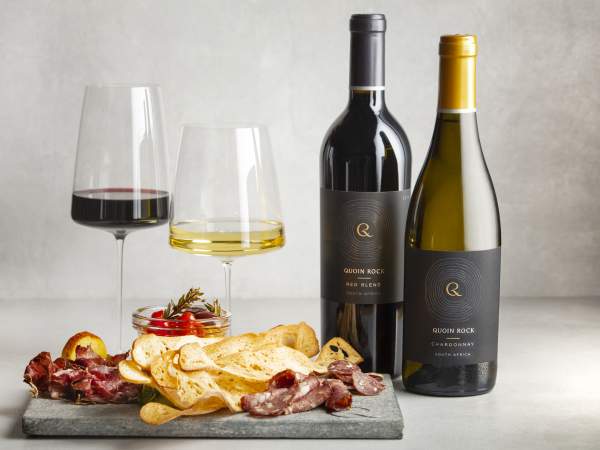 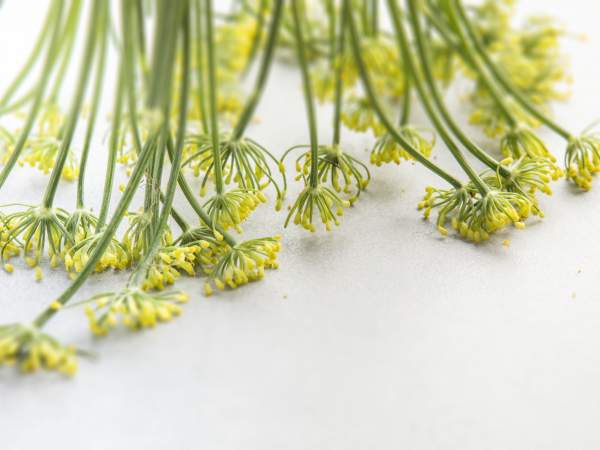 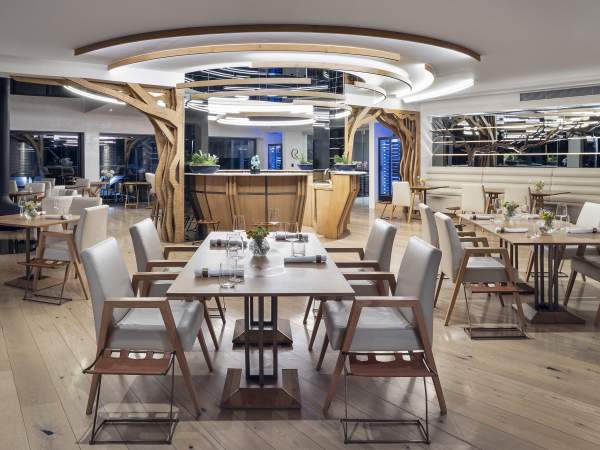 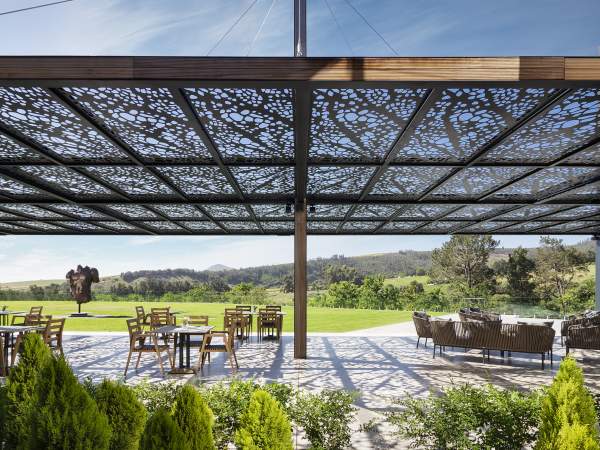 Food
The Quoin Rock estate has seen its fair share of drama in the past, but since it was purchased in 2012 by the Ukranian Gaiduk family, it has experienced an undisputed and magnificent rebirth. It is fittingly poetic that the drama has found purchase in the food that is expertly brought forth from the state-of-the art kitchen (the restaurant openly invites diners in for a tour to see where the magic originates). Interactive dishes bubble, smoke and melt, revealing hidden treasures below.
The stage is set with the dish that kicks off the six-course daytime journey around the world: an Italian macchiato, flanked by a glass dome and filled with smoke. You take a sip and your taste buds war with the surprise of the creamy tang of a tomato soup against the initial expectation of rich coffee tones. Thyme espuma poses as milk froth and the crunchy potato flour bread stick served alongside impersonates a cigar.

The Gåte caprese salad arrives as an unassuming white dome. After a copper pot is heated at the tableside and a creamy basil-and-whey sauce is poured over the buffalo mozarella dome, you wield your spoon and crack the dome to reveal red and yellow baby tomatoes on bocconcini discs. Next a plate is delivered with a luminous green basil sponge cake to soak up the sauce.

Every dish hides a surprise – whether it’s the wasabi caviar that pops in your mouth as you savour the fresh Saldanha oysters on a bed of seaweed; the beautiful marriage between beetroot sauerkraut and the lamb croquette; or the umami explosion when you nibble on a tiny shiitake mushroom, artfully placed with precision in between the Gemsbok medallions, golden beetroot and smoked potato purée.

We end the journey on the beach: piña colada sorbet with panna cotta and mint-and-pineapple jelly. Close your eyes and Simonsberg changes into a Carribean sunset.

Drinks
The wine list only features wines from the estate. If you don't know what to choose, don't fret. Making a difficult choice has never been such fun. The team promptly sends out the charming Bongani, who intertwines anecdotes and facts during an impromptu tasting until you can state your choice with confidence.

Ambience
The décor provides a clean and uncluttered canvas for the food. Diners freely laugh and chat, with each other as well as with the restaurant staff who manage to make you feel like you've known them for much longer than the couple of very delightful hours spent at GÅTE.

Best for…
Suspending time and reality for a brief moment in the shadow of the Simonsberg Mountain. 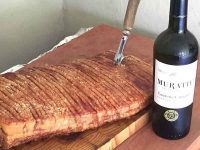 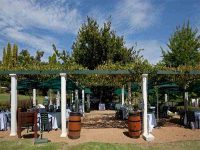 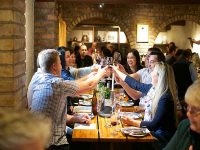 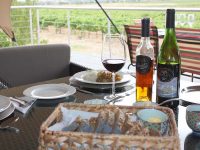