The next contender for the 2016 Boschendal Style Award is the art-deco-inspired Café del Sol TRE in Parkhurst, Johannesburg. Here’s why it deserves its nomination. 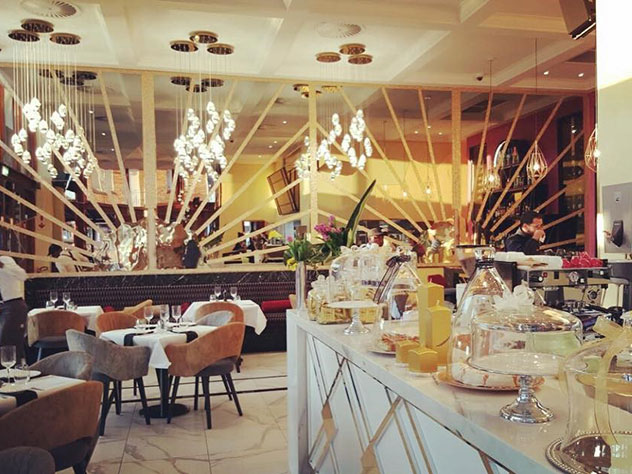 The 1920s-inspired mirrors are a focal point. Photo supplied.

“We have been long-time fans of art deco design,” explain owners Ryan Viljoen, Luciana Treccani and Chiara Viljoen. “One minute we were admiring a black-and-white art-deco coffee cup and the next we were discussing how we could celebrate the design and decor of the twenties in a restaurant.”

And Café del Sol TRE was born. The name ‘Tre’ celebrates the power of three – three members of the family, the third restaurant, and the three corners of the triangular shapes associated with the art-deco movement. Everything at the restaurant, from the music, menu and the staff’s uniforms to the glassware, crockery and cocktails – is aimed at puttin’ on the ritz. 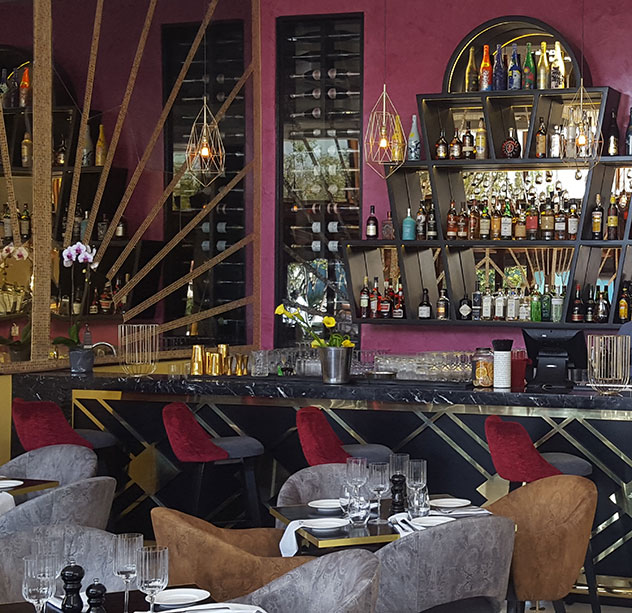 The interior was designed by Taryn Constable from Design Vision in Johannesburg, who worked at creating a space that transports you into the jazz era. Everything in the restaurant was meticulously designed by Taryn and her team, including the low-slung geometric lights and the marble and gold-accented bar counter.

The golden elements work well in this space, carefully curated into pelmets, seating and glass detailing. Says Chiara, “From around 1925 through to the 1940s, art deco was the most fashionable design movement in modern art. We just fell in love with the polished metal, strong geometric shapes, angular patterns, mirrors, and bold curves associated with the style.” 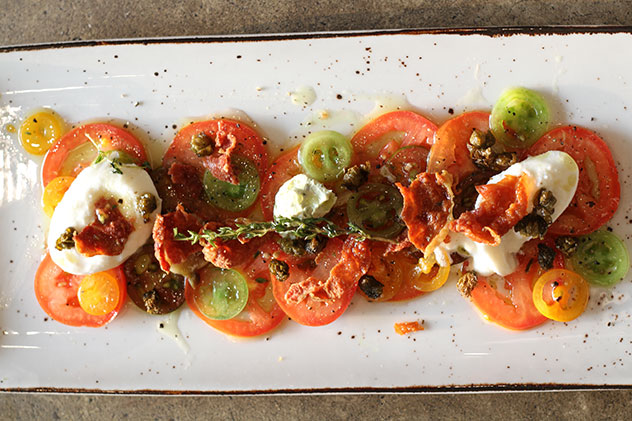 The retro menu features some dazzling numbers, with a nod to the group’s signature Italian fare. Highlights include the Broadway Melody starter with organic chicken livers in a sage, mustard and balsamic sauce; a main of homemade gnocchi with roasted pulled lamb and parsnip chips; and a Turkish delight crème brûlée.

Does Café del Sol TRE have what it takes to win the Boschendal Style Award? Join us on 20 November at the Eat Out Mercedes-Benz Restaurant Awards to find out.