Our next contender for the 2016 Boschendal Style Award is the stylish and inviting bookstore eatery, EB Social Kitchen & Bar. Here’s why it deserves its nomination this year.

The look: Quirky and modern
The location: Inside the lofty space of Exclusive Books at Hyde Park Corner
The creatives: Architecture and vision by Silvio Rech and Lesley Carstens

EB Social Kitchen & Bar is situated within the Exclusives Books space at Hyde Park Corner, boasting a collision of styles from CEO Benjamin Trisk and architect Silvio Rech. The quirkiness of the design serves both function and form and has rejuvenated the entire space into a restaurant that’s fit for trendy Johannesburg.

The airy warehouse-like space is a mix between city loft and large bookshop. Kitted out with a delightful mix of mid-century and art deco furnishings, EB Social Kitchen & Bar is a comfortable, stylish haven for book- and food-lovers alike. 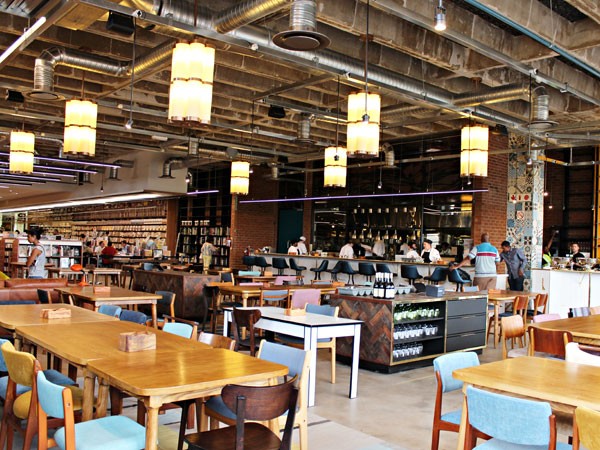 Every tile and piece of parquet flooring has been put in place for a reason. The coffee bar features white Johnson tiles that have been broken with a hammer and filled in with gold leaf. (The inspiration for this treatment comes from an Argentinian restaurant in Paris, called Anahi.) The blue and white Moroccan tiles on the floors and walls are mismatched to create a bohemian look and feel. 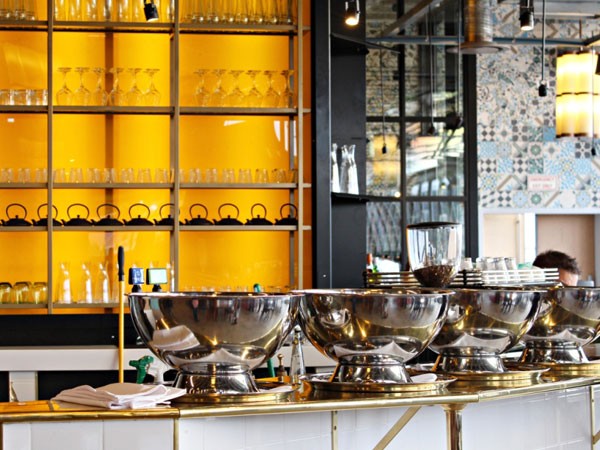 Books flow into the restaurant to tie the store and restaurant together, making it a convivial space, where diners are encouraged to browse book spines as they socialise.

The large space also boasts a 40m span of glass on the Northern front of the restaurant, which offers glorious views of Johannesburg’s urban forest. 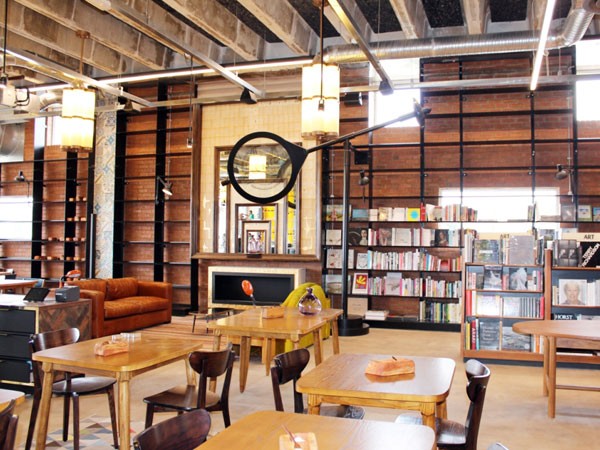 Australian executive chef Russell Armstrong has experience at three-Michelin-starred restaurants in France and the UK, including Le Gavroche in London. The EB Social Kitchen & Bar menu is made to be accessible and comforting with touches of imagination. Think small plates of charred sourdough with a brandade butter; goose-liver parfait served with brioche and sweet-sherry foam; Swartberg Mountain olives with smoked garlic and roasted nuts; and dishes from the Josper oven, such as a slow-roasted pork rack with roasted apple and onion soubise. 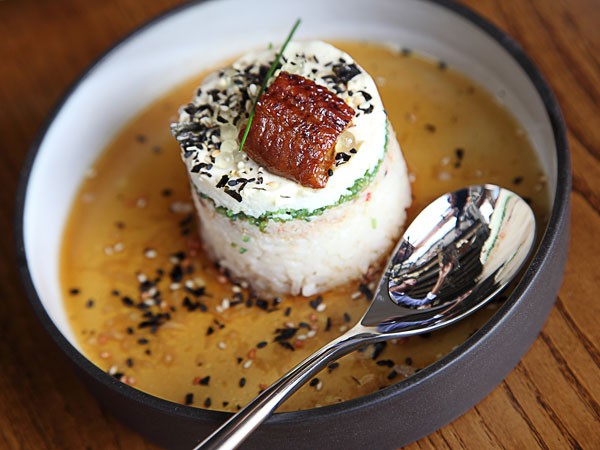 Does EB Social Kitchen & Bar have what it takes to win the 2016 Boschendal Style Award? Find out at the Eat Out Mercedes-Benz Restaurant Awards on 20 November 2016. Buy tickets now.