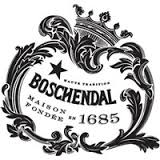 Originally granted to French Hugeunot Jean le Long in 1685, The Boschendal Estate was developed into a flourishing wine farm by subsequent owners, the de Villiers family. From 1897, Cecil John Rhodes took over the land and saw a lucrative opportunity in fruit farming. Rhodes Fruit Farms was established and began exporting deciduous fruit to Britain on a large scale.

The estate opened to the public in 1976, and has become known world over for its backdrop of sweeping mountain ranges, deep ravines and imposing peaks. The surrounding area is part of the Cape Floral Kingdom, and this natural richness is acknowledged in the flora capensis symbol in Boschendal’s logo.